1 of 3 Bugatti EB112 super-sedans built is for sale 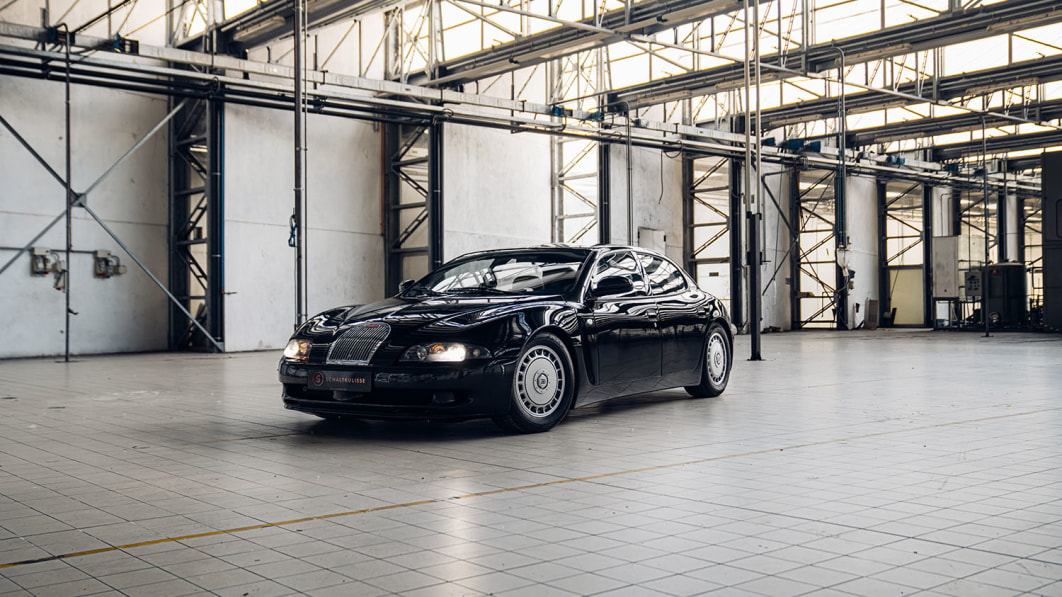 Bugatti has never strived to achieve volume, but some of its cars are rarer than others. One is the EB112, an obscure fastback-like sedan envisioned as a follow-up to the EB110, canned when the firm collapsed in 1995, and resurrected by a third-party company in the late 1990s. Historians agree that three examples of the EB112 were built, and the second one has been listed for sale by a dealer in Germany.

Presented as a concept at the 1993 edition of the Geneva auto show, the EB112 represented one of the ways that Italian entrepreneur Romano Artioli hoped to breathe new life into the storied French carmaker. It took the form of a large, four-door super-sedan with an aluminum body and a naturally-aspirated, 6.0-liter V12 tuned to send about 460 horsepower to the four wheels via a five-speed manual transmission. It offered passengers an interior that was luxurious without being over-the-top. In short, the modern-day Royale had arrived.

Bugatti quoted a 0-62-mph time of 4.3 seconds, which was remarkable considering the era and the car’s weight, and a top speed of 186 mph. Orders started coming in, but Bugatti filed for bankruptcy in September 1995 and the project was canceled. It closed its factory in Campogalliano, Italy, leaving behind 128 examples of the EB110 and one EB112, but the story doesn’t end there: two additional EB112s were left partially assembled inside the so-called Blue Factory. Gildo Pallanca Pastor bought some of the company’s assets and asked the Monaco Racing Team to complete the unfinished cars, according to dealer Schaltkulisse. The car that it’s selling is the first one of those.

Schaltkulisse notes that chassis number 39002 was ordered on April 27, 1993, by Bugatti’s Swiss importer and delivered in February 2000. It has been registered in Geneva since 2003 and its odometer displays around 3,900 kilometers, which represents approximately 2,500 miles. It’s presented as a one-owner car that’s still powered by a front-mid-mounted 6.0-liter V12. Pricing is only available upon request, but don’t expect this fascinating part of Bugatti’s multi-faceted history to come cheap. We wouldn’t be surprised if it costs more than a new Chiron.