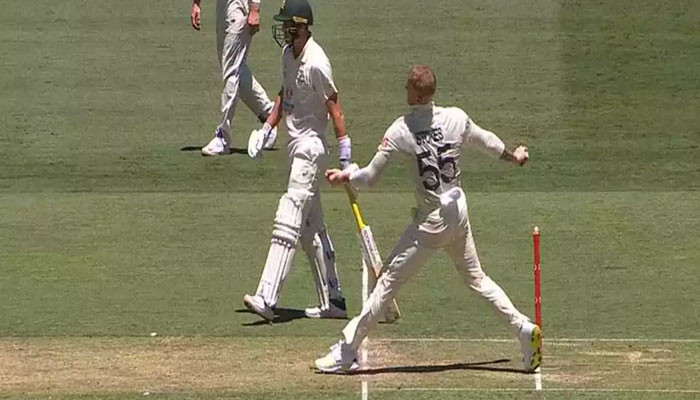 LAHORE: Pointing out a malfunction in front-foot technology  during the first Ashes Test of the season between Australia and England at the Gabba, Pakistan’s legendary former cricketer Shoaib Akhtar Thursday said that at least 14 no-balls were missed by on-field umpire in just 5 overs.

Taking to Twitter, Shoaib Akhtar says, “As many as 14 no-balls [were] missed by on-field umpire in 5 overs. Theek hai ji #Ashes.”

According to report published in  ESPNcricinfo, England right-arm fast-medium pacer Ben Stokes was denied a wicket in his first over back in Test cricket when he bowled David Warner with a no-ball. Meanwhile, the on-field umpire asked for the third umpire’s help and the TV umpire adjudicated that he had overstepped.

It soon transpired that the bowler had overstepped on the first three deliveries of the over as well – but a broken system meant they weren’t called by the third umpire under the new protocols.

Later, it was confirmed that the front-foot technology had gone down before the match started so this Test is being played under the previous playing conditions where only wicket-taking deliveries are checked.

Host broadcaster Channel Seven later showed that in Stokes’ first five overs there had been 14 no-balls with only one called on field.

It is pertinent to mention here that the ICC first trialled the use of the TV umpire monitoring the front line every delivery in 2019 and it was used for the first time in Test cricket when England played Pakistan in 2020.