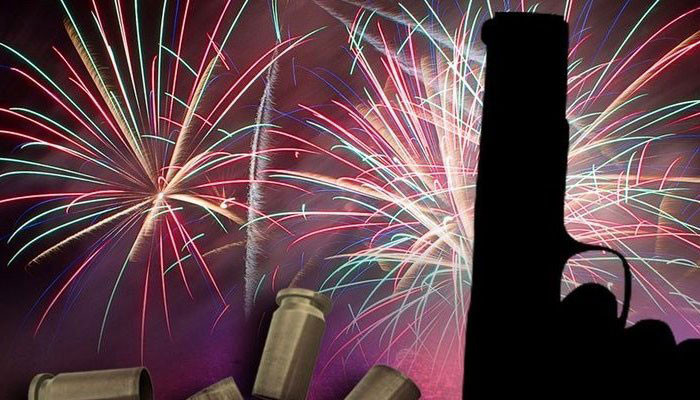 KARACHI: At least 15 people were injured following incidents of celebratory aerial firing, reported from across the city, to herald the new year, police and hospital sources confirmed to The News.

Despite a ban on celebratory firing on the New Year’s Eve, Karachi echoed with gunshots and fireworks on Friday night. Though the police warned to register cases of attempt to murder at the police stations against the violators yet the number of casualties this time round was more as compared to the previous year when only four people were wounded.

According to hospitals’ records, a total 15 people were brought after they were hit by stray bullets. Six were taken to the Jinnah PostGraduate Medical Center, four to Abbasi Shaheed Hospital, three to Civil Hospital, and two to Sindh Government Hospital, in Korangi.

The injured included 10-year-old girl, Iqra, who was hit and injured by a stray bullet near Kohistan Chowk in North Nazimabad. 14-year-old Haris was wounded near Ghaas Mandi area in Napier locality. Asmatullah was wounded in Jauharabad, Farooq in Gulistan-e-Jauhar, Ali Akbar in Baldia Town and Rehan in Malir. The rest of other incidents took place in different localities including Azizabad, Ranchore Lane, Guru Mandir, Kala Pull, Saddar, Baldia, Liaquatabad, Korangi, Landhi and Malir.

One of the bullets also hit the car of the Electronic Market Association’s President Muhammad Rizwan; however, he remained unhurt. The new year revelers thronged different spots across the city to celebrate the new year.

Massive traffic was reported on the routes including Sharae Faisal leading towards Sea View. Blaring car horns, and racing motorbikers roamed around the city entire night. Fireworks and crackers also added to the exciting atmosphere.

Police and Rangers were seen on the roads busy in snap checking and patrolling to avoid any major untoward incident. though, earlier, it was decided to block the roads on New Year’s Eve and alternate routes were designed. However, roads were later opened but restaurants and shops were remained closed. According to the police, cases were being registered on the complaint of aerial firing and arrests are expected from across Karachi for aerial firing on the New Year’s Eve.