During the middle-to-late 1970s, things got pretty grim for American car shoppers wishing to drive a (non-exotic) new European two-seat convertible. British Leyland would sell you a 1979 MGB, Spitfire, or TR7 at a good price, but you got only 67.5, 52.5, or 88.5 horsepower, respectively, in those cars (yes, BL claimed the half-horse in official ratings, because that’s how the Malaise Era was) plus the Prince of Darkness riding shotgun. Fiat offered the 124 Sport Spider for a bit more than those British machines in ’79, but that car had a mere 86 horses under the hood. That’s where the Alfa Romeo Spider Veloce came in; for a bit more money, you got 111 fuel-injected horsepower and a car that still looked futuristic more than a decade after its introduction. Alfa Spider prices have gone way up in the last decade, so I don’t see many of these cars in the self-service car graveyards I frequent. That makes today’s Junkyard Gem, found in a yard near Denver, a fairly rare find. 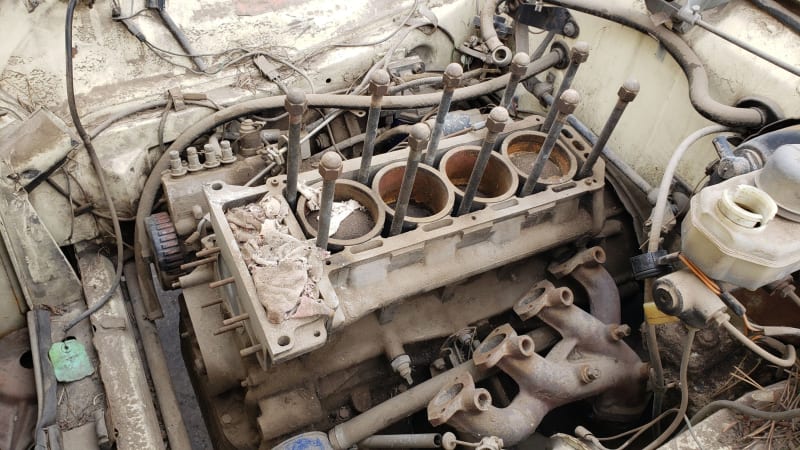 Someone yanked the cylinder head off, probably years ago, and then never finished whatever engine work had been planned. This is a common sight with vintage sports cars in junkyards. 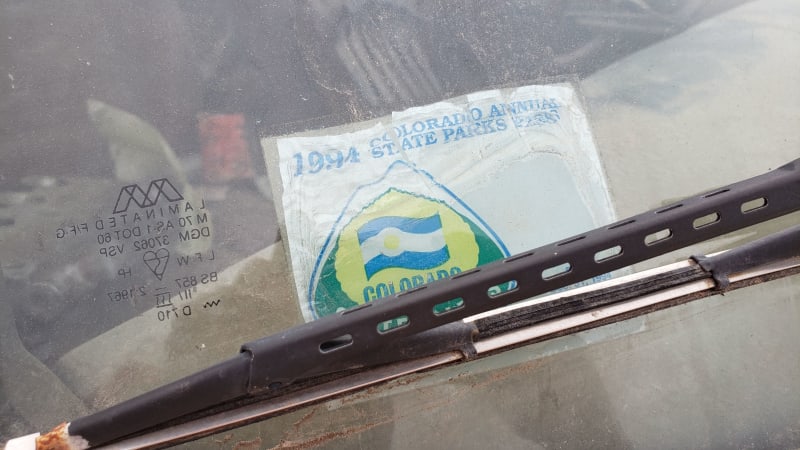 The 1994 Colorado State Parks pass shows that at least this Alfa was running 28 years back. 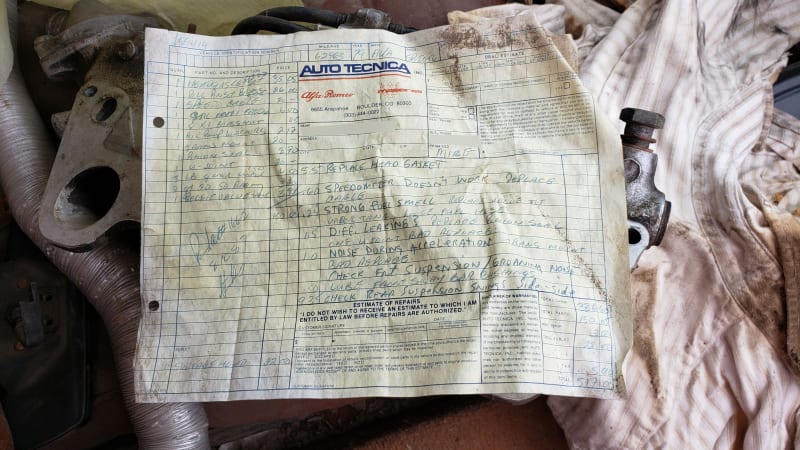 Inside, there are many receipts for extensive mechanical work done during the 1980s. These cars were better-built than their British Leyland and Fiat rivals, but that doesn’t mean they were easy to work on. How about getting a head-gasket job plus a bunch of other work done for just over 500 bucks? Even with inflation, that’s a deal! 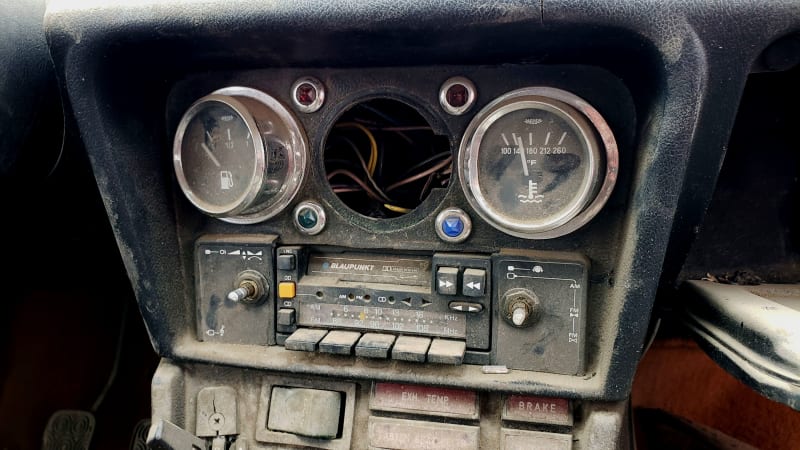 At some point, someone sliced up the factory radio faceplate to install this 1980s Blaupunkt cassette deck. This looks like a CR-2001, which was high-end factory equipment in Porsches and BMWs around the time this Spider was new. 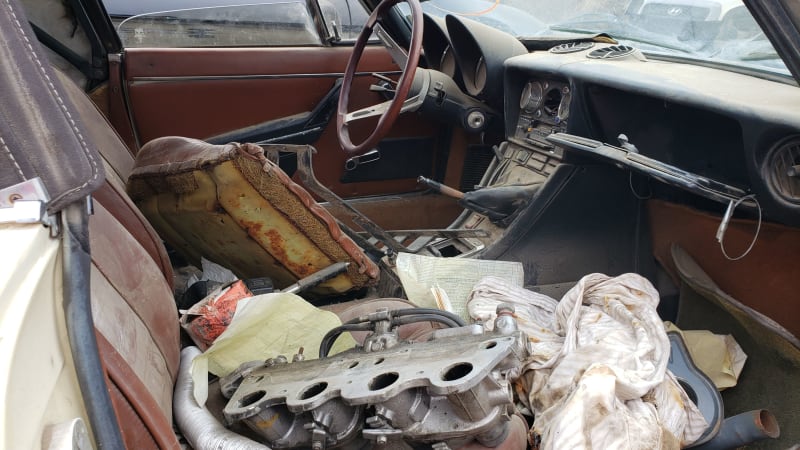 The interior has some parts that look nice enough to be worth buying, so let’s hope that some Front Range Alfa Romeo enthusiasts show up and score some nice pieces for their project cars. 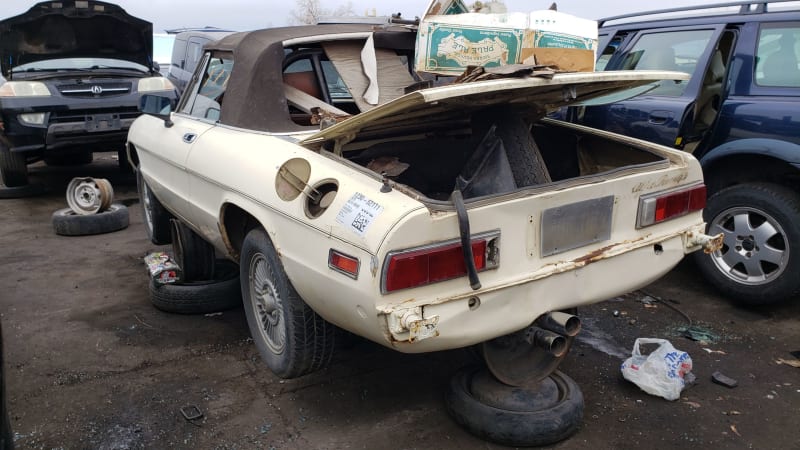 The MSRP on this car was $11,195, or about $45,700 today. The Fiat 124 Sport Spider went for $7,090, while the TR7 convertible cost $9,235. Meanwhile, a new 1979 Chevy Corvette with the optional L82 engine listed at $11,425 and had 225 horsepower; it also weighed 917 pounds more than the Alfa and had much more ponderous handling. If you had to choose between the nimble ’79 Spider Veloce or the twice-as-powerful ’79 Corvette at roughly the same price, would you have taken the Detroit horsepower or the Turin suspension?