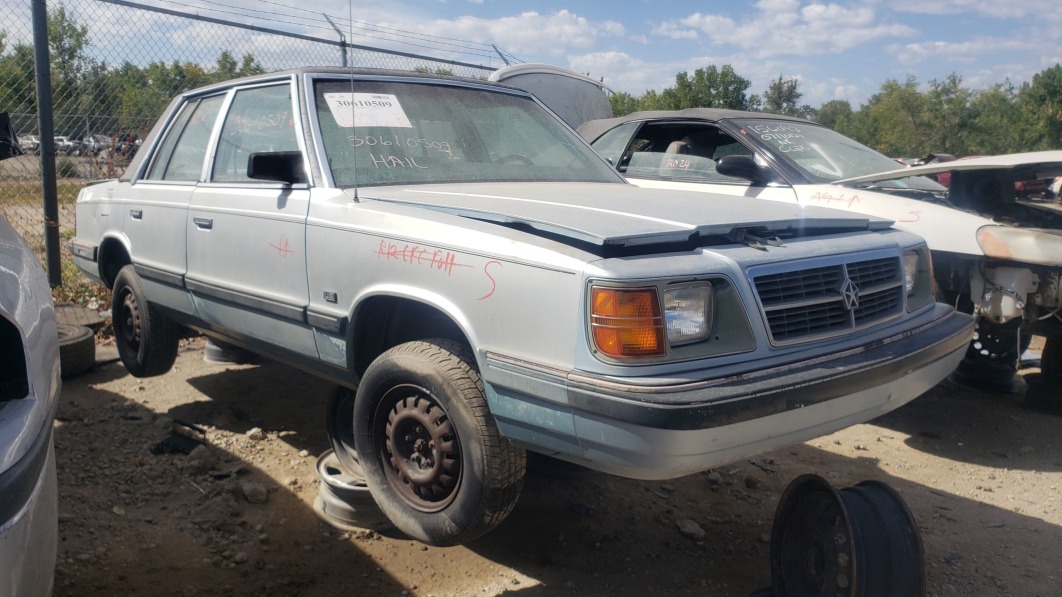 When Lee Iacocca took the helm at Chrysler, he grabbed a lifeline for the seemingly doomed company by getting a bailout from the federal government. Using the time purchased with those Uncle Sam-backed loans, Chrysler was then able to develop a modern front-wheel-drive vehicle platform from scratch, complete with a brand-new overhead-cam engine family. This was the K platform, and the K-Cars became an immediate sales success when they appeared in the 1981 model year. Those first-year Ks were the Plymouth Reliant and Dodge Aries (the LeBaron, 400, 600 and Caravelle showed up during the following few years) and Chrysler sold more than two million of those two models from 1981 through 1989. Here’s a bread-and-butter Aries sedan from the second-to-last year of production, found in a Denver-area self-service yard a couple of months back. 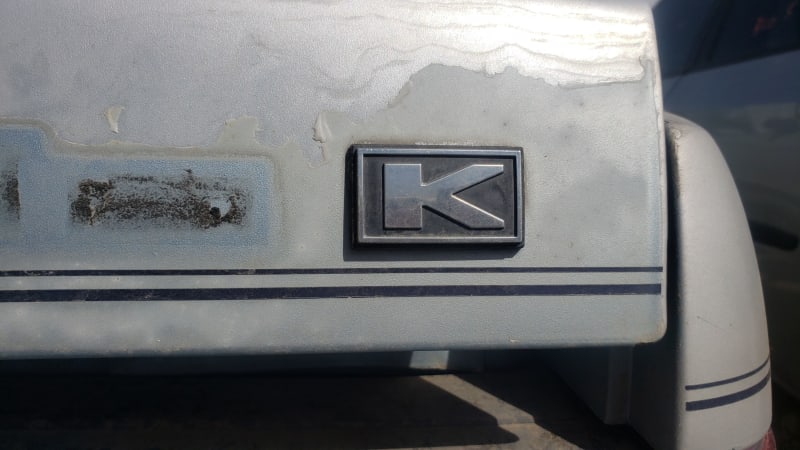 The K family saved Chrysler, and then it kept on giving all the way through the middle 1990s as K-derived chassis variants went under the game-changing Chrysler minivans as well as everything from the Dodge Shadow to the Chrysler Imperial. In fact, the overwhelming majority of Chrysler-built cars sold in the United States during the 1981-1995 period could trace their ancestry back to the Reliant and Aries. Perhaps you don’t think an Aries qualifies as a Junkyard Gem, but this is one of the most historically significant cars you could find in a Ewe Pullet-type yard today. 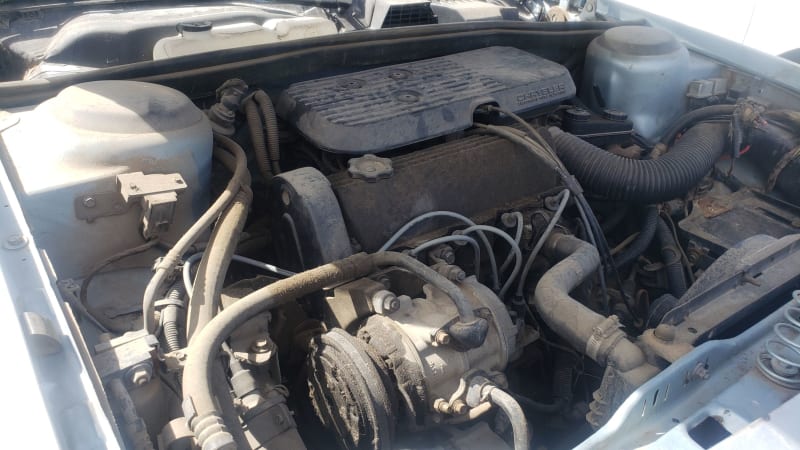 For much of the Aries’ production run, buyers could choose an optional 2.6-liter Mitsubishi Astron engine, which resulted in cool-looking HEMI 2.6 badges on some early cars (the Astron had hemispherical combustion chambers and thus earned those badges). By 1988, though, the base Aries engine remained the Chrysler 2.2, and the optional upgrade was a 2.5-liter version of the same plant. The 2.5 cost $279 extra (about $667 today) and so just about all 1988 Aries buyers got the 2.2 and its 93 horsepower. The original buyer of this car wanted additional power, so we’re looking at the 96-horsepower 2.5 here (yes, just a mere three horses over the 2.2, but the 2.5 had 133 pound-feet of torque versus the 2.2’s 122 lb-ft). 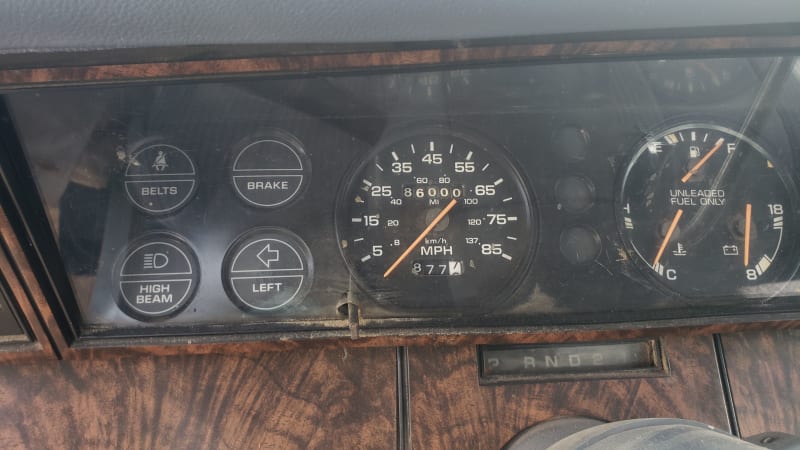 Amazingly, you could get a five-speed manual transmission in the 1988 Aries… and if you ever see one in person, please let me know. This car has the three-speed automatic, which was mandatory with the 2.5 engine in 1988. 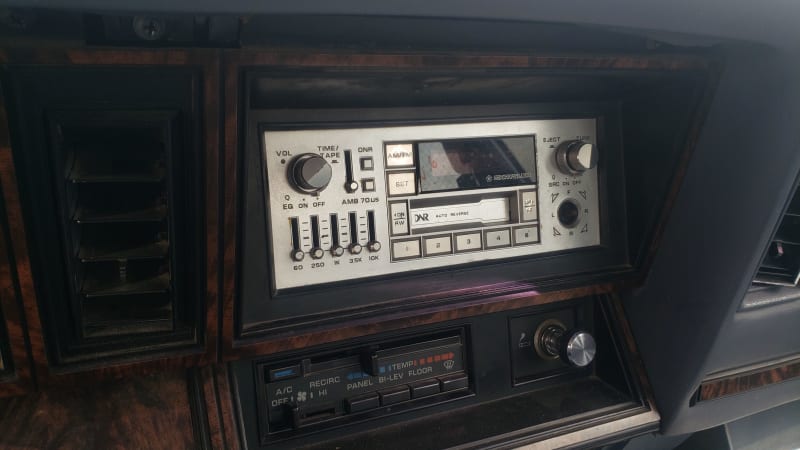 Even though the Aries was considered a cheap car (base MSRP of $6,995 for the 1988 sedan, or about $16,720 today), this one got loaded up with some high-ticket options beyond just the bigger engine. Air conditioning with the required tinted glass cost $895 ($2,140 in 2021 bucks), and that high-zoot AM/FM/cassette radio with EQ sliders went for $254 ($607 in our current bones, or clams). You really needed that audio system to do justice to the big hits of the era! 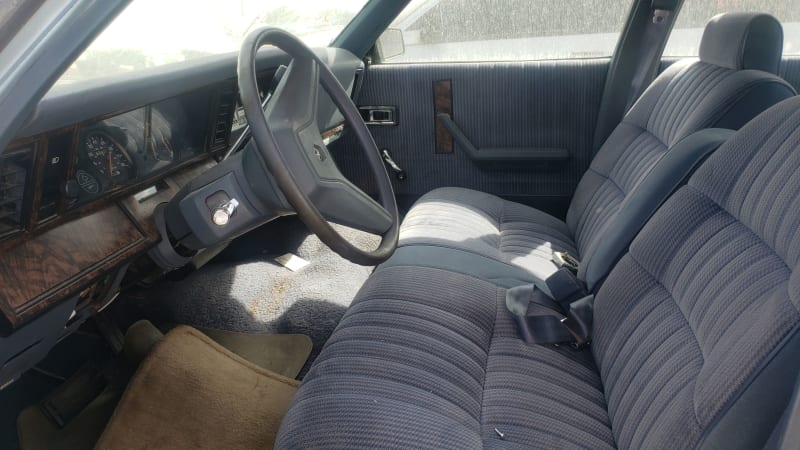 Bucket seats and power windows were available, but this car has the same sort of cloth bench seat and hand-cranked windows that would have seemed familiar to buyers of a new 1951 Plymouth Cambridge. 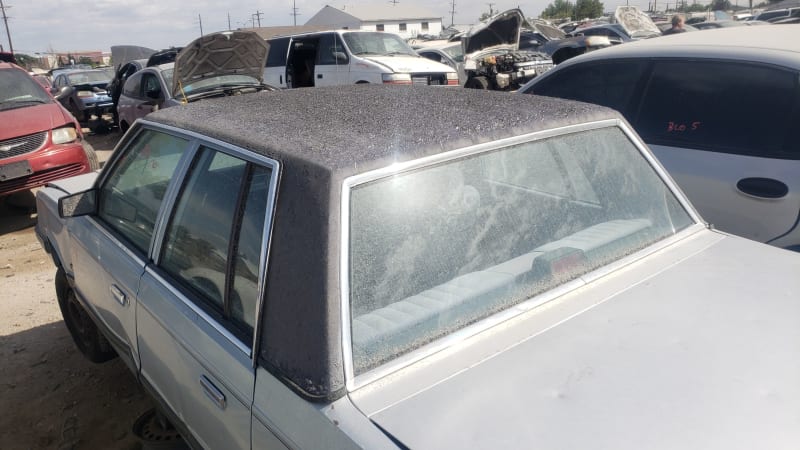 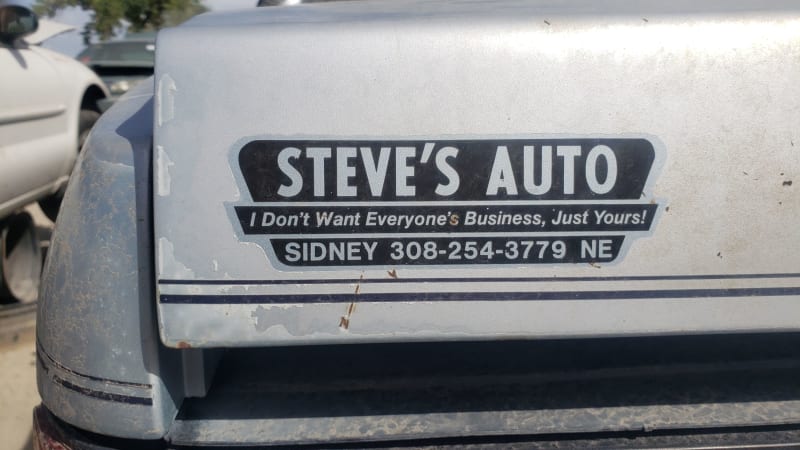 Plenty of Denver cars began their careers in nearby Kansas or Nebraska. Steve’s Auto is a repair shop, but it’s a safe bet that this Reliant was purchased nearby. 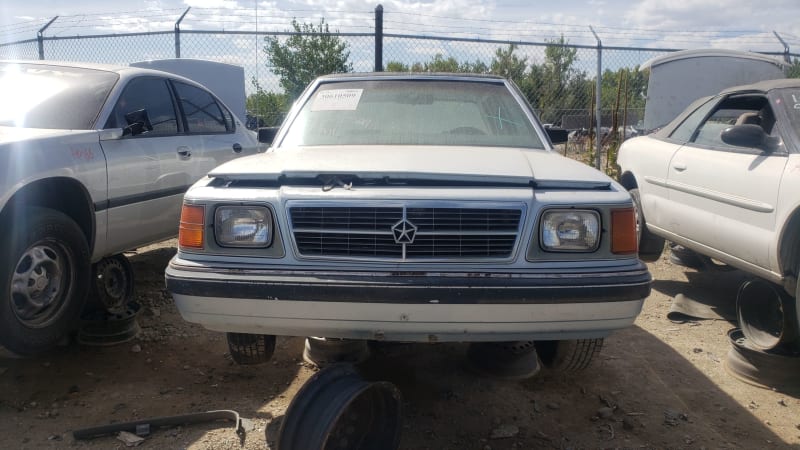 The Aries was available as a two-door sedan, four-door sedan, and wagon. Interestingly, the two-door cost the same as the four-door in 1988 (most two-door post sedans cost less than their four-door counterparts at that time). After 1989, the Reliant and Aries were replaced by the closely related Acclaim and Spirit.

Chrysler put the lowest-priced models in the “America” series around this time, though I’ve only seen America badges on the really low-end cars.

Back when watching video online involved downloading codecs and cursing at your computer, this mock advertisement for the 1988 Aries became the late-1990s version of a gigantic globe-spanning viral sensation (i.e., a few hundred thousand people had the patience to find it, download it, and make it display correctly). Strange to think that this car was barely a decade old at that time.