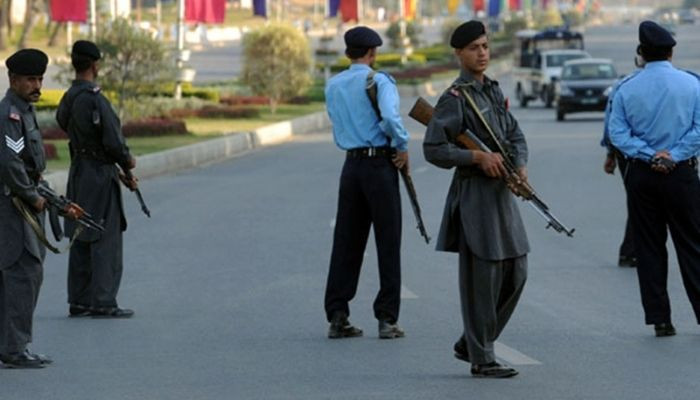 Two robbers were killed while three policemen were injured during heavy exchange of fire between police and armed robbers Saturday morning in Islamabad.

Police said that members of the infamous Bilal Gang were fleeing after an attempted robbery at a house in the F8-I sector of Islamabad, disclosed police.

The robbers were fleeing with millions of rupees in cash and jewellery Friday night the police chased them. During the chase, a heavy exchange of fire took place between the two sides.

The dacoits also fired at SSP Ali Akbar’s car near the F-10 sector.

The slain dacoits were identified as Wajid and Arshad, according to sources.

Speaking to Geo News, IG Police Ahsan Younus said a search operation was underway to catch other members of the notorious Bilal Gang.

“The Bilal Gang has been involved in several robberies in Islamabad’s posh localities, from where they have looted millions of cash, jewellery, and expensive vehicles,” IG Younus said.

The injured policemen have been shifted to Rawalpindi Hospital for treatment, revealed the police spokesperson. One of the cops, who got shot in the chest, is in critical condition.

Police have confiscated all the looted cash and jewellery recovered from the robbers, said police.

Security in the capital city is on high alert due to the OIC Summit 2021, to be held from December 17–19.