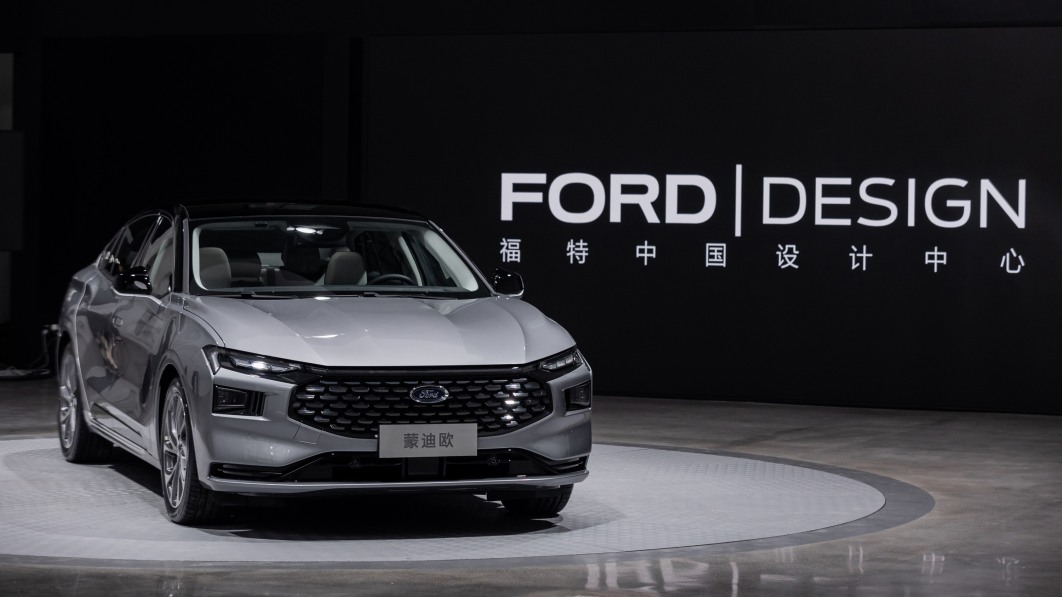 The Ford Fusion died here in 2020. The Fusion’s ancestor and overseas sibling, the Mondeo, ends production in Europe in March after 30 years on sale there. But the sedan will live on in China, where Ford has just introduced the all-new, fifth-generation Mondeo at the automaker’s design center in Shanghai. The car is effectively a sedan version of the Ford Evos crossover coupe that debuted in China in April last year, with all of the Evos’ sculpted shapes and chiseled lines fitted to a more compact body.

That design language is called “Progressive Energy in Strength,” and within that language, Ford placed numerous examples of the three design principles its research showed Chinese buyers want: Commanding, Agile, Responsiveness. There’s more than a bit of Mustang here as in the rear fender lines, full-figured wheel arches, and the taillights, all accented with plenty of gloss black. Beyond that, the local preference for “advanced tech expression” shows in features like the active grille with cells that flutter to acknowledge the approaching owner, the flush-fit door handles and the touch-sensitive Ford badge in back that opens the hatch.

Size-wise, the fifth-gen is 2.5 inches longer than the previous Mondeo, 0.9 inches wider, its roof sitting 0.4 inches higher. This will give all occupants a bit more room than before. Ford hasn’t released interior shots yet, but the Mondeo is expected to get its version of the interior from the Evos. That will mean more than 3 feet of display real estate across the 12.3-inch gauge cluster and 27-inch touchscreen on the instrument panel.

Observers believe Ford will put a 2.0-liter turbocharged four-cylinder under that long hood to justify the EcoBoost 245 badge on the Mondeo’s decklid, paired with an eight-speed transmission. This is one of the powertrains offered in the Evos. Chinese government documents have noted a Mondeo ST-Line, but Ford hasn’t mentioned that yet. This trim will kick things off later this year when it goes into production with the help of the automaker’s local partner Changan.