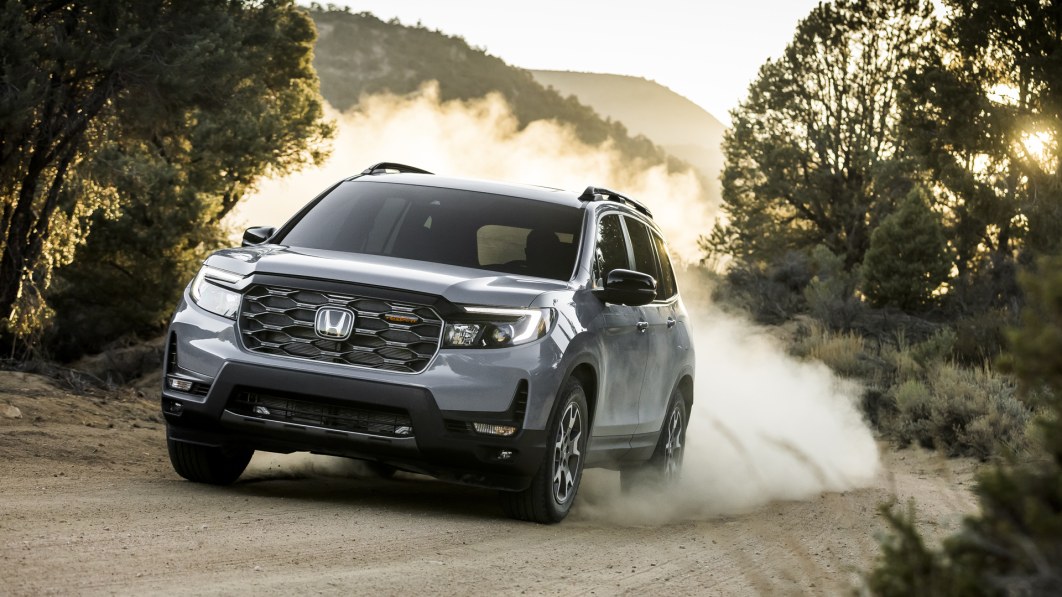 OCOTILLO WELLS, Calif. — On the night before our convoy of 2022 Honda Passport Trailsports set out for a day of rock-strewn canyon trails, the dinner conversation turned, as it often does in industry gatherings these days, to the future of the automobile. Specifically, when cars are built on nearly identical skateboard architectures and everything has a 0-60 time of 3 seconds, what’s going to differentiate one marque from another?

We don’t need to wait for the electric future, though. Cars are already converging into a sort of vague two-box shape with optional AWD. You can have any engine you want, as long as it’s a small-displacement turbo four or V6. Colors? White or gray only, please.

The Passport is a result (victim?) of this convergence. In such a landscape it gets increasingly difficult for a brand like Honda to stand out. It hopes, though, that customers will see the Passport as the exciting option, the choice for outdoorsy families. And yes, I am as sick of hearing about “adventure lifestyle” owners as you might be, but market research does indicate more people are doing outdoorsy things these days, and even if most buyers are just dreaming of doing so, car companies are going to keep catering to that lifestyle, real or not. 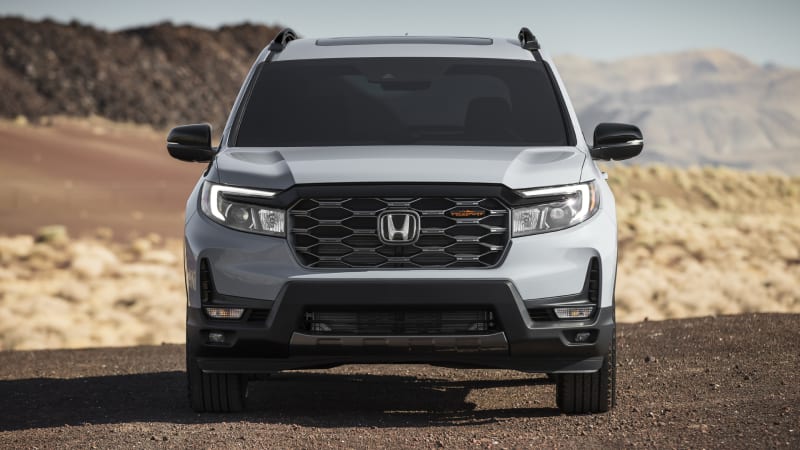 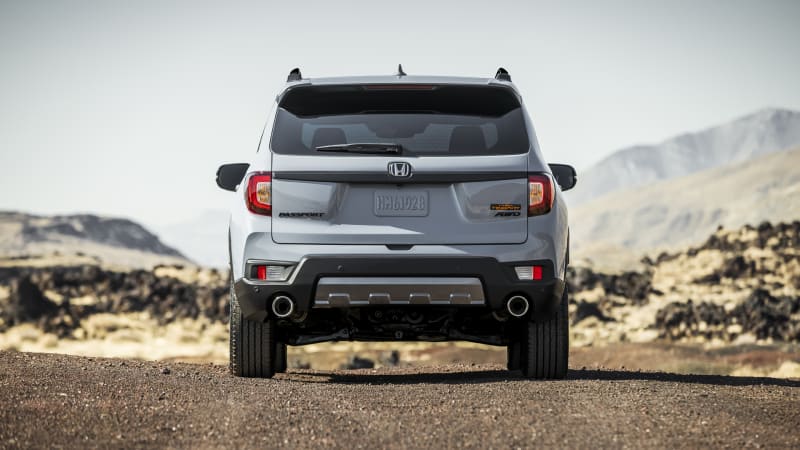 You can tell by the changes made to the 2022 Passport how Honda intends to position it. A more upright and squared grille headlines new sheetmetal from the A-pillars forward. Like the facelifted Ridgeline, it declares a tougher visage because buyers today want to know they’re pointing a fortress wall in whatever direction their screen-addled meandering takes them. Screw friendliness!

Instead, Honda added a new Trailsport trim, starting at $43,695 including destination and offered solely in AWD. The appearance package features a chunkier grille, silver lower fascias that evoke skid plates, some dark chrome trim and amber lighting inside, and orange mountain range logos scattered throughout. Unlike the Subaru Outback Wilderness, it doesn’t have any real suspension upgrades, just exclusive 18-inch wheels that are more suited to unpaved roads than the standard dubs. 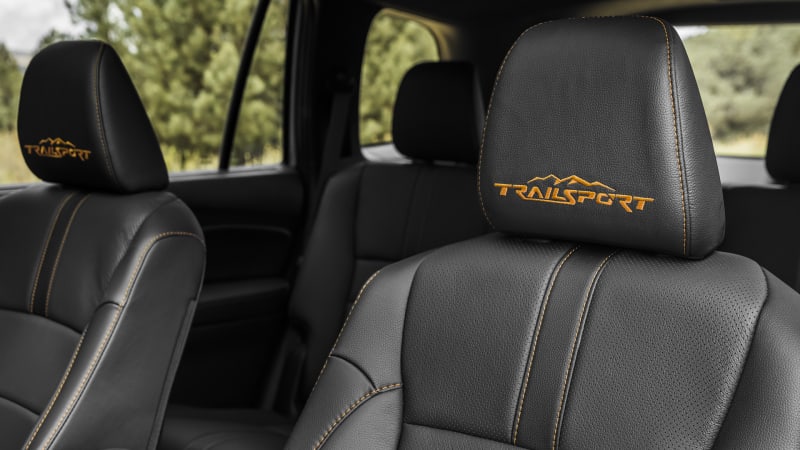 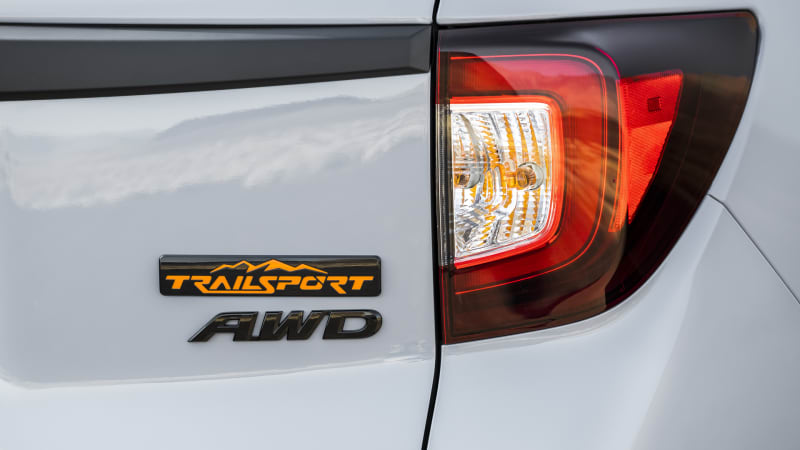 The Trailsport’s 8.1-inch ride height and approach and departure angles all remain the same as other trims (21.1 degrees approach, 24.3 departure). It seems a bit contrived, but as it turns out, the Passport is in fact far more capable off-pavement than we suspected (or most owners will ever experience).

We drove it into a remote off-road trail in Ocotillo Wells called Tectonic Gorge. The winding passage snakes through narrow canyons scattered with boulders, the product of geologic activity and its location on the edge of a continental plate. Some of the rock walls were so narrow the mirrors almost scraped — good thing the Trailsport comes with power-folding ones standard. We were lucky to have spotters guiding us through some of the more challenging sections.

Surprisingly, the Passport didn’t tear itself apart. It crested sandy ascents with ease even as it tripoded on three-wheels. The Trailsport straddled stones the size of watermelons as long as you kept them down the centerline of the vehicle, the point with the greatest ground clearance.

Yet Honda’s i-VTM4 torque-vectoring all-wheel-drive system, which can apportion 70% of the 262 pound-feet of torque to the rear wheels and 100% of that to either side, stayed in Normal mode most of the time. In Sand mode, where more torque and more slippage is allowed at the back, the system paddled the rear wheels to really generate some momentum, side-stepping the rear out as it grabbed traction. Obviously in the Anza-Borrego Desert there was no need for Snow or Mud modes but they’re there if you need ‘em. 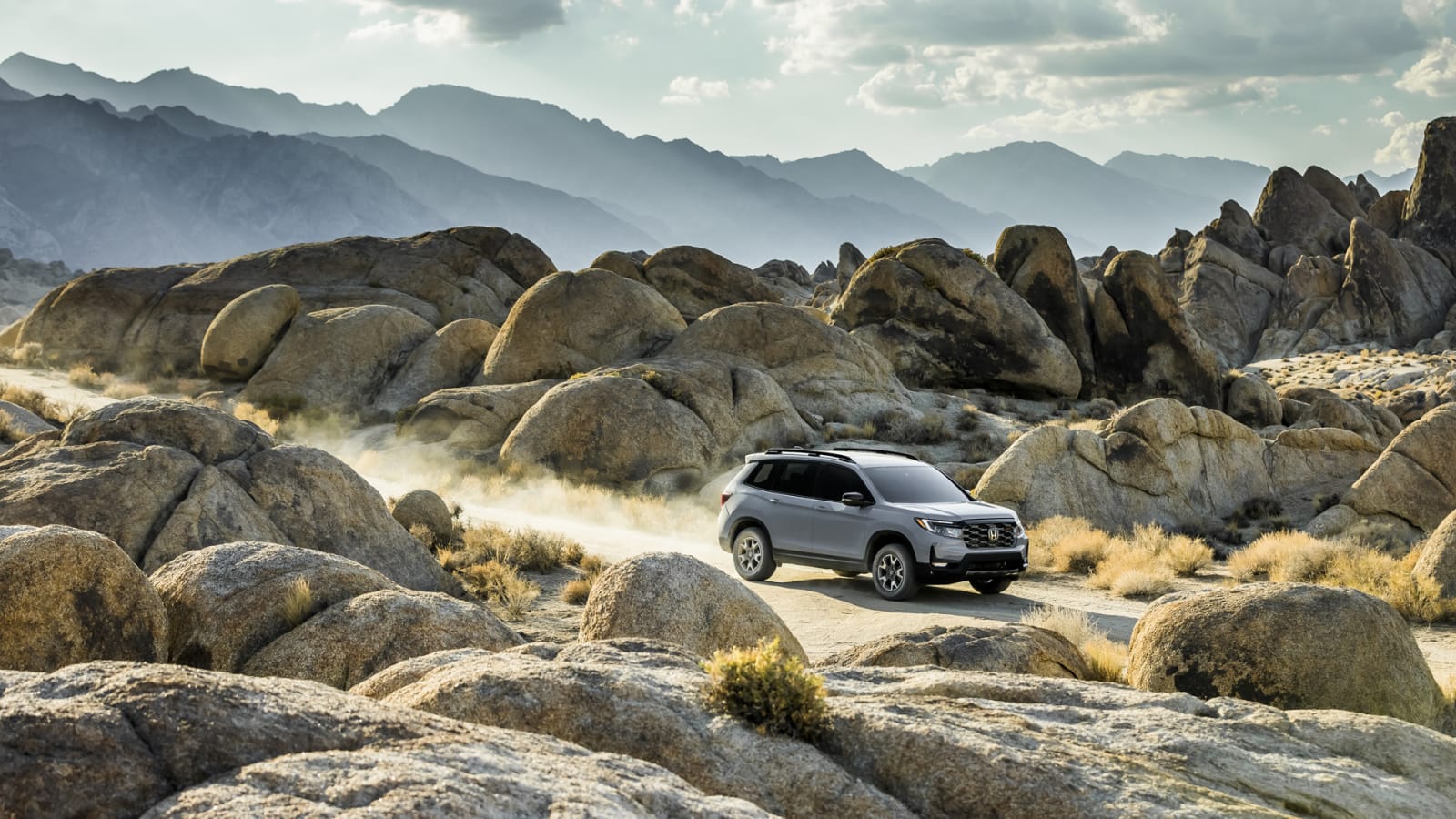 In the same price range, the similarly priced 2022 Toyota 4Runner would clearly be more ideally suited for the job, as its true body-on-frame architecture would withstand a lot more abuse. But, with that you’re sacrificing some highway comfort and a considerable 4 mpg combined (the Passport returns 19 city, 24 highway and 21 combined mpg).

It’s superior to Toyota’s truck-based midsizer when it comes to on-road driving dynamics as well, but that’s a low bar. A Honda’s should be much higher than that, and it’s one the Passport fails to clear. It may have been designed in America for Americans, but so was the Accord, and that doesn’t bob along like a barge as the Passport does. At least the acceleration remains impressive, with a carryover 280-horsepower V6 aided by a capable nine-speed automatic.

The styling is similarly uninspired, even with its toughened exterior. Remove the H badges and it could be anything, while trim details like the headlight-bisecting grille frame are just unnecessary. Hondas once epitomized minimalist design and the new Civic shows its inching back in that direction. Sadly, this Passport refresh does not, nor does it sufficiently address the complaint that Honda’s two-row midsizer looks far too much like the three-row Pilot upon which it’s so obviously based. 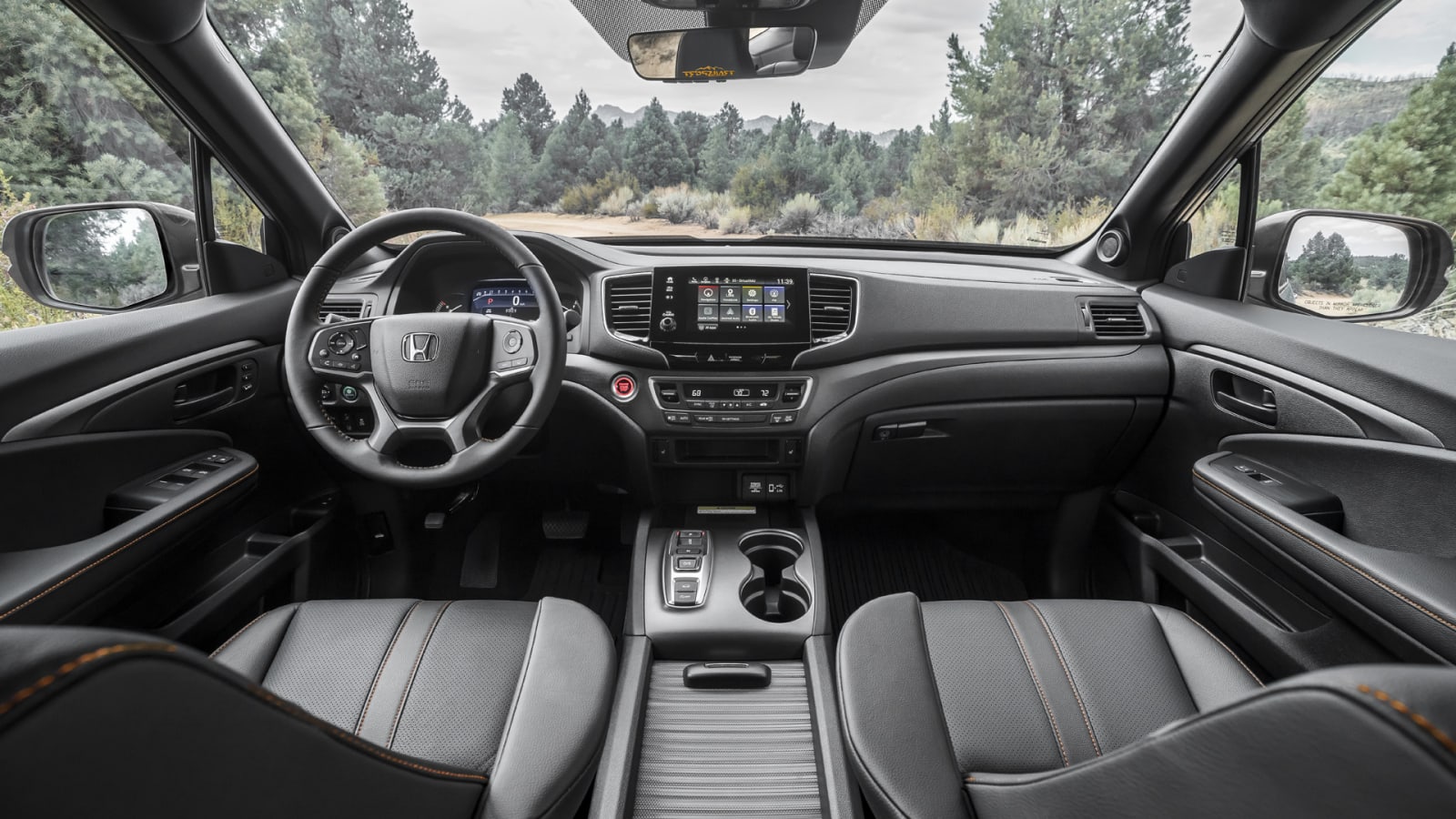 The same can be said about the interior, which remains indistinguishable from the Pilot’s from the second row forward. The good news is that means it’s incredibly spacious and big enough to store more gear than other two-row midsizers. Instant-fold rear seats are an always appreciated feature and there’s no shortage of storage areas, making it great for organizing the belongings of a clan on the go. The bad news is that it still has Honda’s rightly maligned previous-generation touchscreen infotainment system that provides a perpetually frustrating and glitch-filled user experience. Again, we already know Honda is capable of better in the Accord and other models, yet this refresh does not catch the Passport up to them.

If we take Toyota and the new Jeep Grand Cherokee out of contention, the Passport feels like the most rugged midsize, family-friendly SUV. We wouldn’t try half the things we did in a Chevy Blazer, Ford Edge or Nissan Murano. Its 5,000-pound towing capacity is also impressive for a unibody, and you can definitely stuff more outdoor adventure lifestyle gear in the Passport than any of those other crossovers.

Still, this midcycle refresh and new Trailsport aren’t enough to change the original opinion that Honda should have done more with the Passport from the get-go – and needs to do much more with it if and when a new generation arrives. Further differentiating it from the Pilot would help, so too would addressing the on-road handling and technology. Ultimately, though, the next Passport needs to embrace its Honda-ness in a way this one does not.