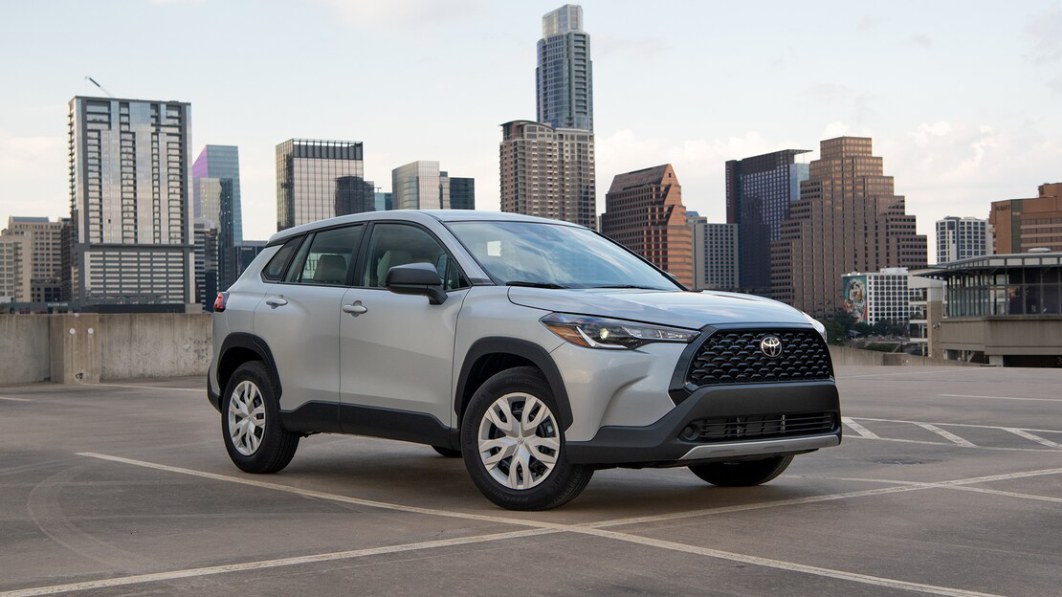 The 2022 Toyota Corolla Cross is the company’s first entry in the growing midcompact SUV market, and it’s fine. It’s exceedingly fine. It’s reasonably spacious, it has the look, it has the added ground clearance and it has optional all-wheel drive. As a bonus, it comes standard with handy driver aids. It checks all the little SUV boxes, plus it shares one of the most reassuring names in all of automobile-dom: Toyota Corolla.

But, because the segment has so rapidly ballooned, the Corolla Cross faces loads of competition, and many of them offer more than just the box-checking basics. There are more fun, more stylish, more powerful and better equipped options in the space, and all frequently for the same amount of money. So the Corolla Cross is perfectly fine, and you won’t be bothered by it, but you might be missing out on something that you would like more.

The Toyota Corolla Cross is a completely new model for 2022. Although the name implies some sort of Subaru Crosstrek-like variant on the existing Corolla Hatchback, it’s in fact just as distinctive a model as any number of small SUVs that share their underlying vehicle platform with hatchbacks or sedans. 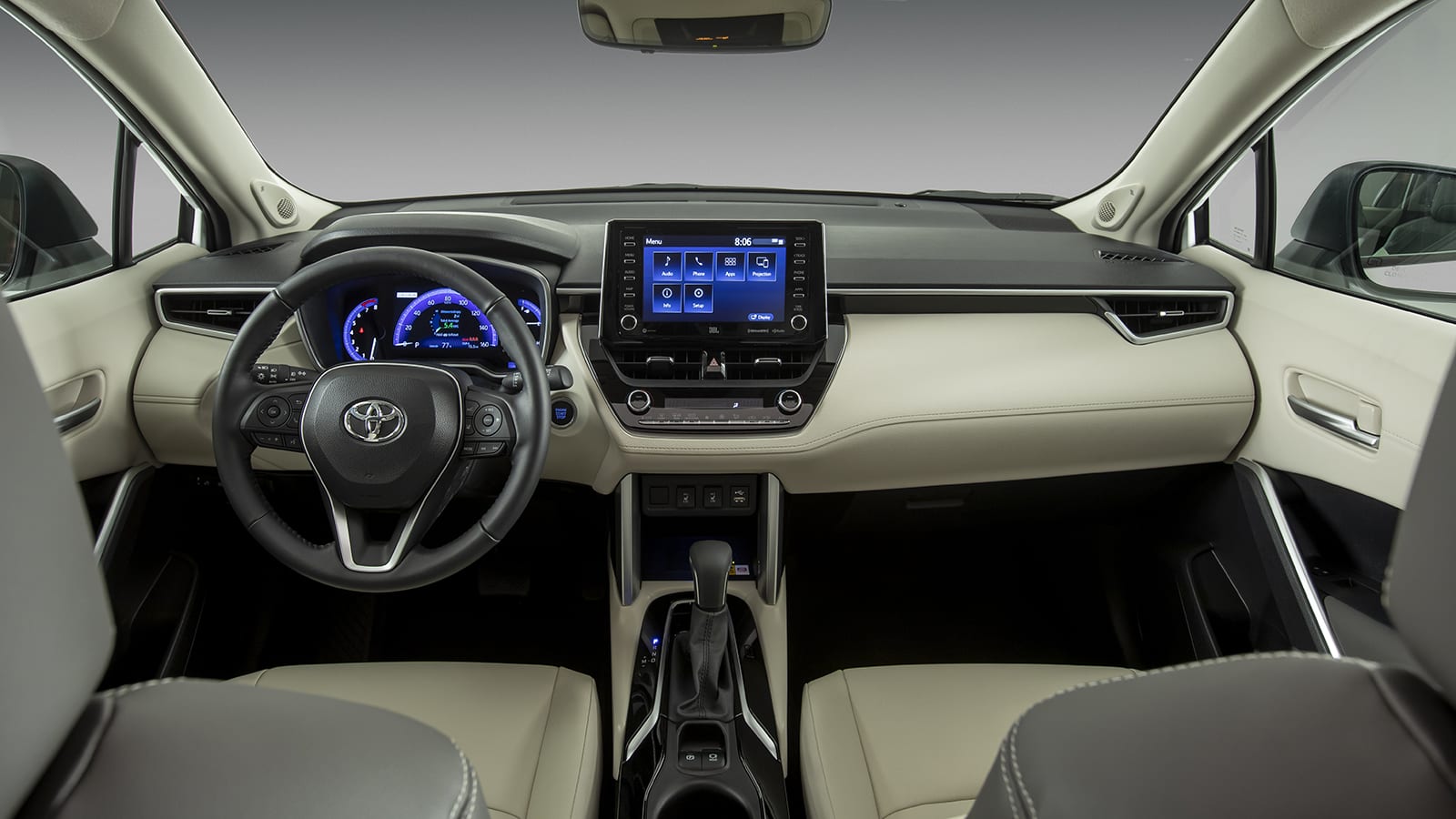 What are the Corolla Cross interior and in-car technology like?

While the Corolla Cross exterior looks nothing like a Corolla, the interior is a spitting image with a fairly minimalist dashboard and an infotainment screen popping up out of the middle. As is usually the case in the midcompact SUV segment, interior plastics are a mix. Some stitched soft plastic is front and center on the dash, but harder varieties are found in most other places. Everything is put together nicely with tight gaps, though.

We appreciate the dedicated physical buttons and knobs for the climate control, as well as the knobs for volume and tuning and the shortcut buttons for the infotainment. The touchscreen is responsive and clear, though the graphics are a little basic and uninteresting. 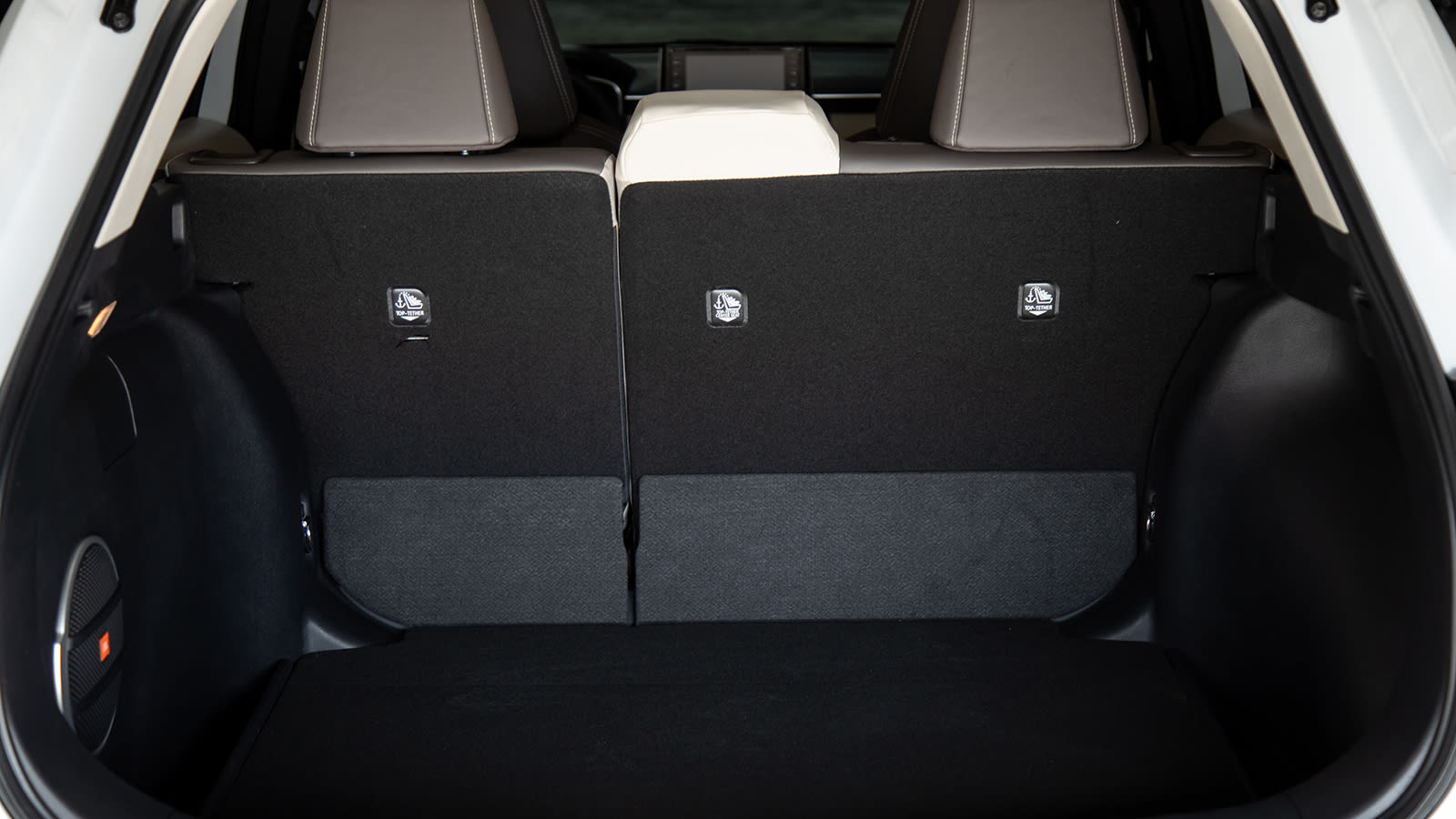 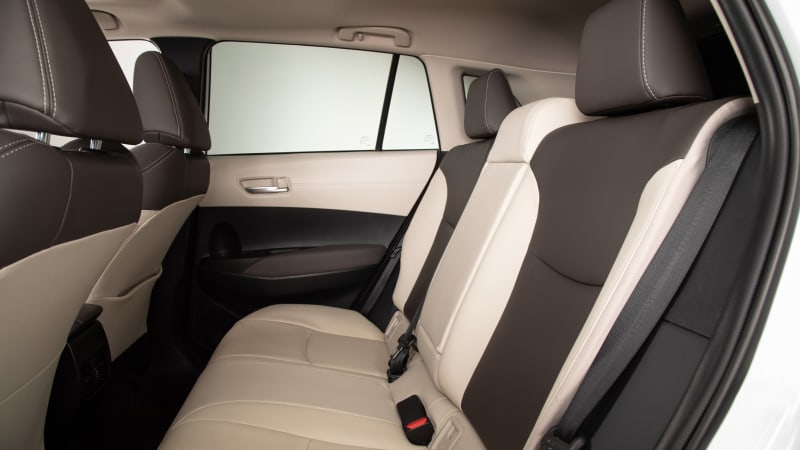 How big is the Corolla Cross?

Size-wise, the Corolla Cross is what we’d call a midcompact SUV segment, and as such, is sized similarly as the Mazda CX-30, VW Taos, Kia Seltos and Subaru Crosstrek. Notably, it has a fair amount of ground clearance at 8.1 inches, which is almost even with the all-wheel-drive Jeep Renegade and more than the Kia Seltos, though less than the Crosstrek or a Renegade Trailhawk.

In terms of passenger space, the Corolla Cross is somewhere in the middle of the segment, but represents a significant step up from its Corolla namesakes (again, they’re just barely related). There’s good room up front in all directions and a comfortable seating position, but like the midcompact segment and unlike the Corolla cars, the rear seats actually have space for full grown adults. Knees may brush the backs of the front seats, but that’s better than being smashed into them like in a Corolla Hatchback. The front seats have thick cushions that are comfortable, though they don’t have much shape or support. The rear seats are firm and flat, and the seatbacks are more upright than we’d like.

Cargo space is on the large side for midcompact crossovers at 24.3 cubic feet with all-wheel drive and 25.5 with front-wheel drive. Given those figures, it should be comparable to a Kia Seltos or AWD VW Taos. 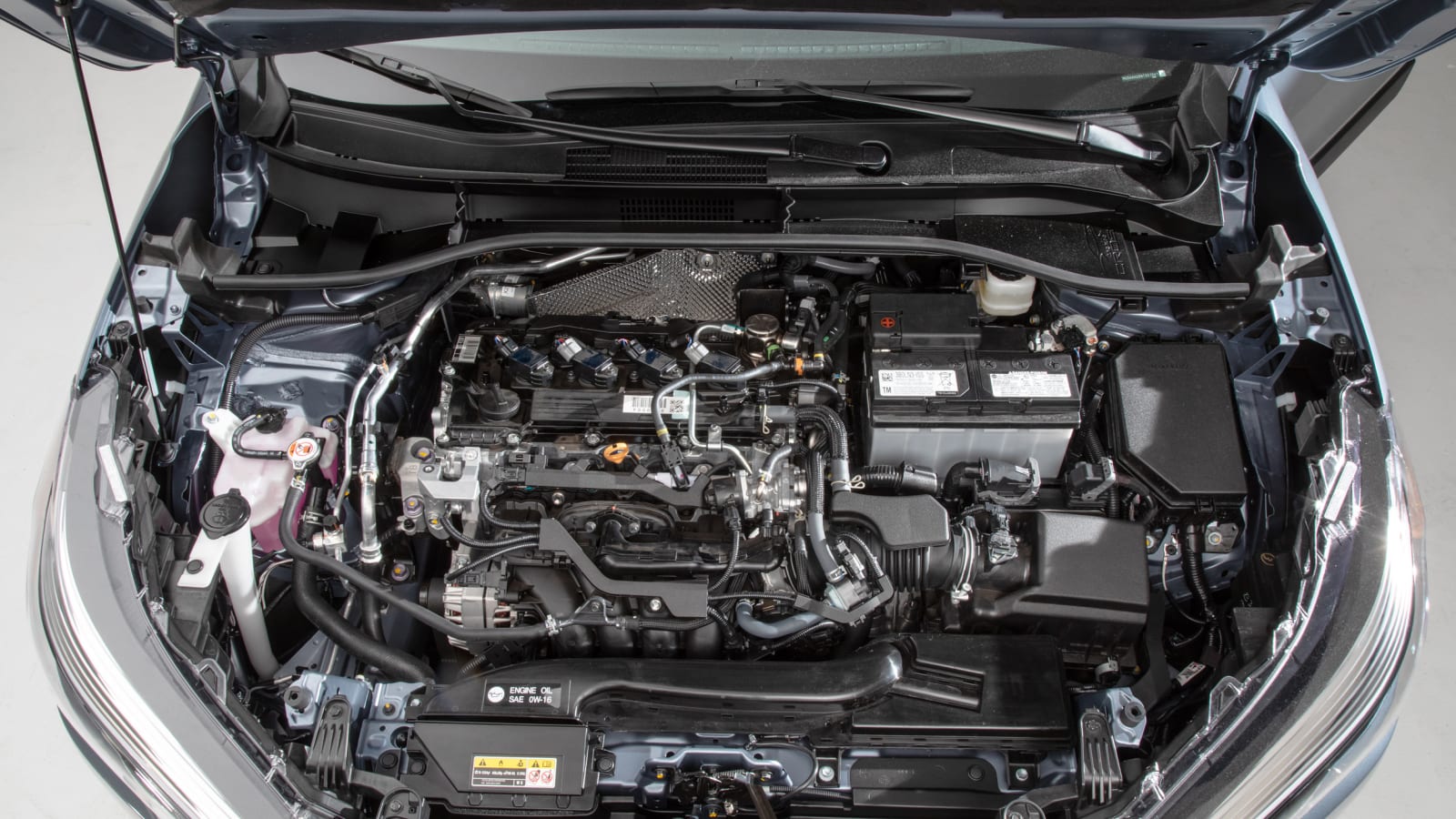 What are the Corolla Cross fuel economy and performance specs?

The Toyota Corolla Cross comes with only one engine and transmission option. It gets a naturally aspirated 2.0-liter four-cylinder that produces 169 horsepower and 150 pound-feet of torque. A CVT is standard, and unlike Toyota’s smaller C-HR, there’s an option of front-wheel drive or all-wheel drive. Your pick of drive wheels will also affect your fuel economy. With front-wheel drive, the Corolla Cross gets 31 mpg city, 33 mpg highway and 32 mpg combined. With all-wheel drive, the numbers drop to 29/32/30.

In most respects, the Corolla Cross is just fine to drive. It has a slightly soft ride without being floaty. The steering is numb, but accurate. Wind, road and tire noise are moderate, but not overly intrusive. You won’t hate it, and you certainly won’t love it. That stands in contrast with the Mazda CX-30 and turbocharged Kia Seltos, which are surprisingly fun to drive.

Ultimately what really brings down the Corolla Cross, however, is the powertrain. The four-cylinder is coarse, and it has to rev hard to produce power. Because of the CVT, it tends to hang up on a particular rpm for acceleration, which results in loud, unpleasant buzzing. It also takes a serious prod of the pedal to wake up the Corolla Cross, as most of the time it works hard to keep the revs low and acceleration slow for maximum fuel economy. 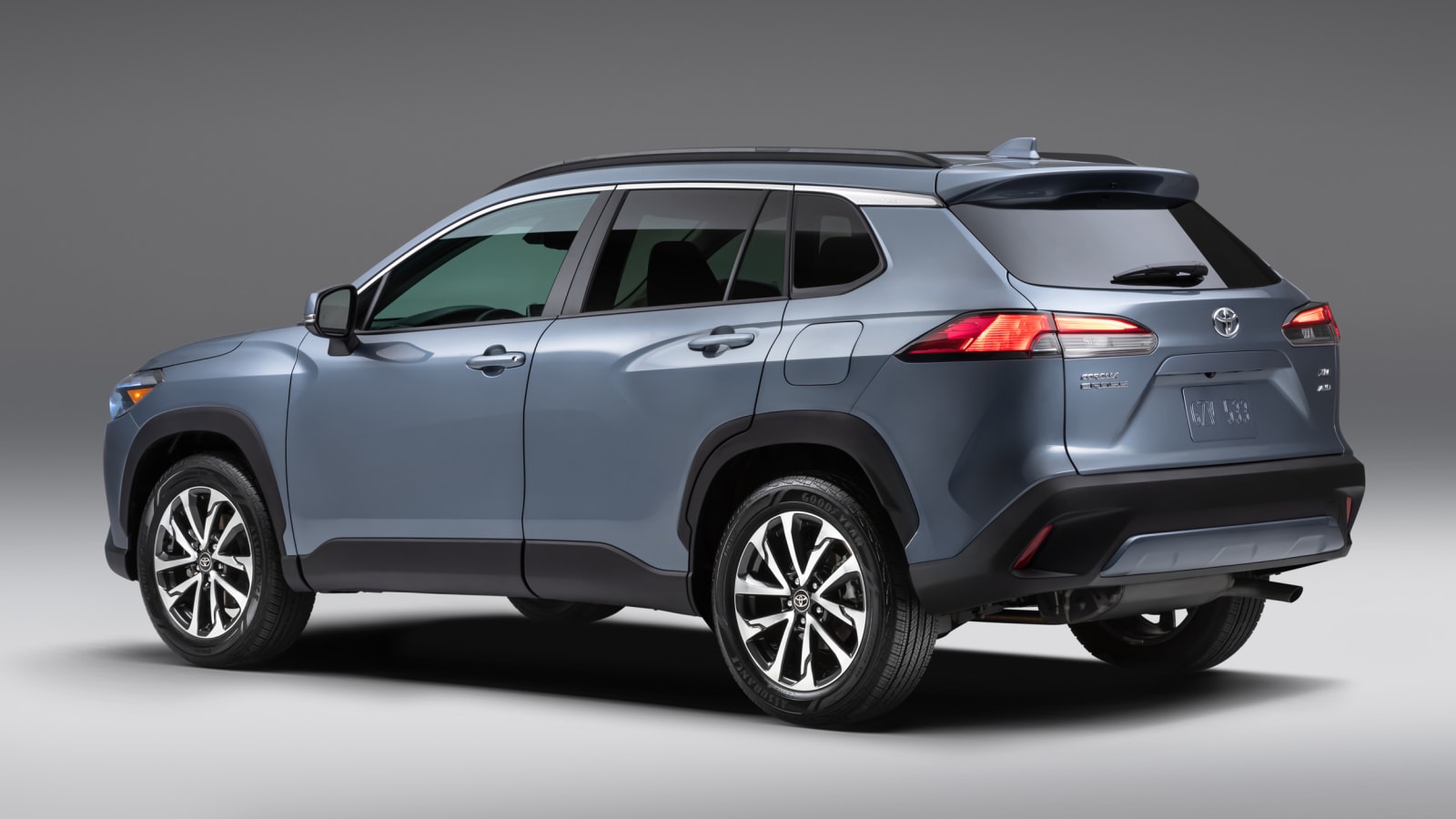 How much is the 2022 Corolla Cross price and what features are available?

The base Corolla Cross is the L trim level, and it starts at $23,410 with destination charge. Adding all-wheel drive increases the price by $1,300 on all trims. Convenience features are sparse on this model. It comes with LED headlights, manual single-zone climate control, manually-adjustable cloth seats, power windows and locks, remote locking and a 7-inch touchscreen with Bluetooth, Apple CarPlay and Android Auto. It does come with a number of welcome standard advanced driver aids that we cover in the next section.

Full pricing is below, including the destination charge: 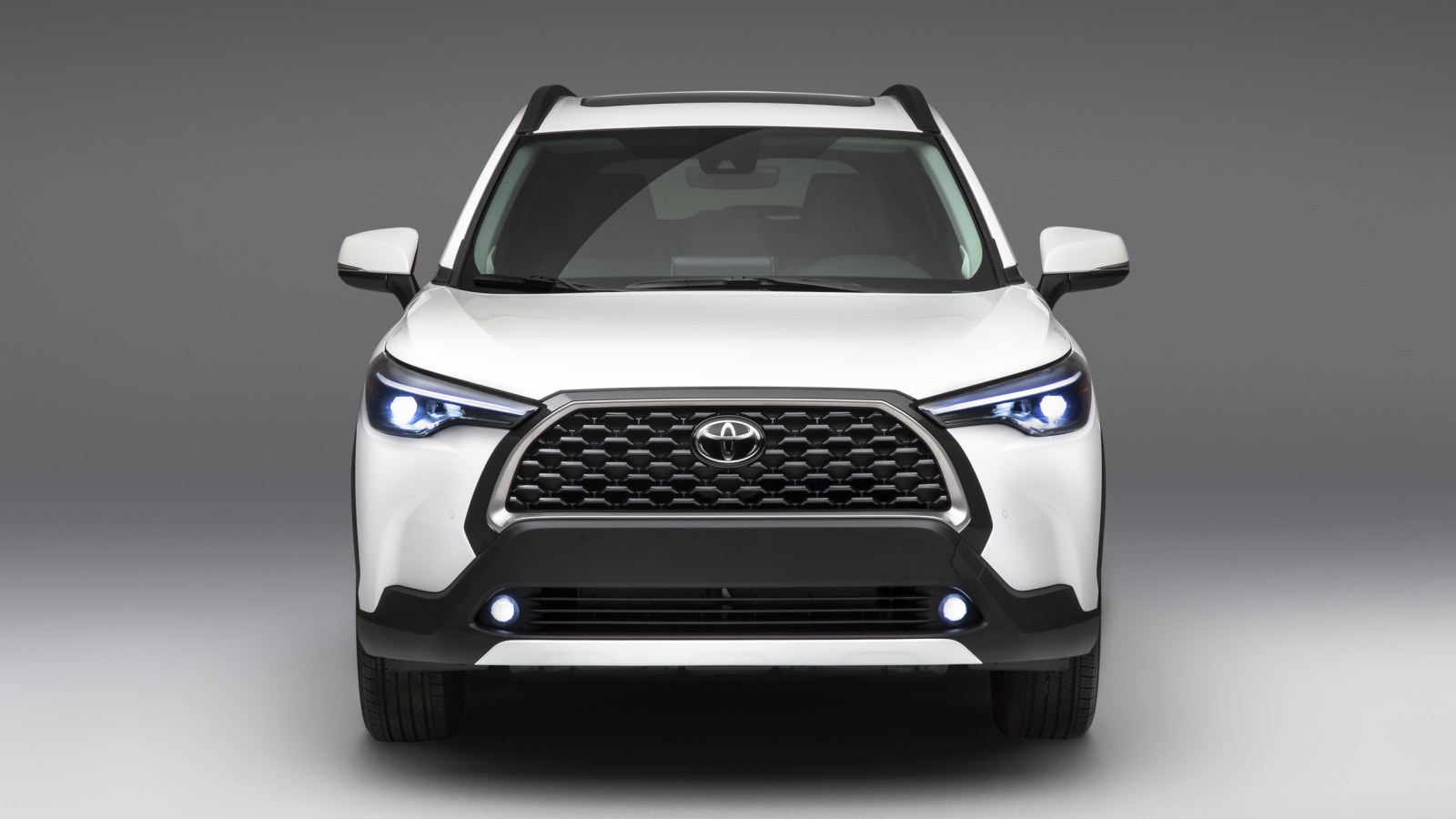 What are the Corolla Cross safety ratings and driver assistance features?

The Toyota Corolla Cross had not been crash tested by IIHS or NHTSA at the time of this writing.