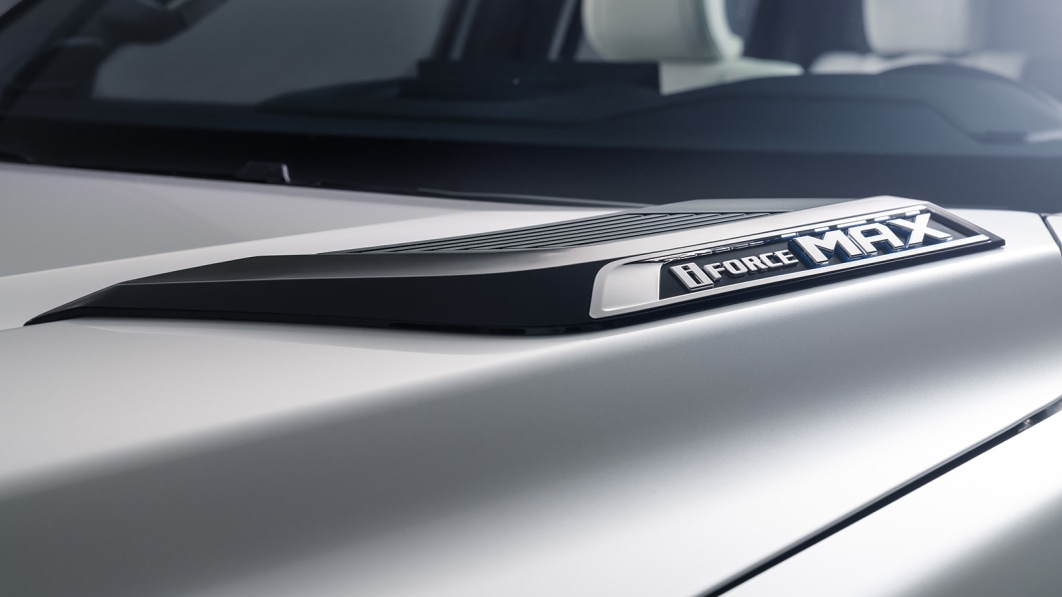 Toyota on Tuesday announced preliminary pricing and fuel economy estimates for the 2022 Tundra. The base hybrid model — a 4×2 Limited CrewMax model with the 5½-foot bed — starts at $53,995 (including $1,695 for destination). That works out to a $3,400 hybrid premium up and down the lineup, culminating with the $73,530 Capstone model.

That $3,400 gets you a 479-horsepower powerplant that returns up to 24 mpg on the highway. Yes, 24 mpg — the magic number for half-ton fuel economy. That’s also the same fuel economy you get in a non-hybrid Tundra, albeit with significantly less power. The 2WD Tundra Limited i-Force Max manages 20 mpg in the city (2 mpg better than the non-hybrid) and is rated at 24 mpg highway and 22 combined in that configuration. Upgrade to 4WD and you’re looking at 19 mpg city, 22 mpg highway and 21 mpg combined. Pro models are rated at 19/21/20.

Ford’s F-150 PowerBoost hybrid was initially rated at 24 mpg too (in the city, on the highway, and combined, for that matter) but other trims have since been rated higher. We wager the F-150‘s 500-pound weight advantage is at least partially to thank for its better around-town numbers. A few mpg may not sound like much, and when you’re talking about the highway numbers on something like a Toyota Prius, it really isn’t. But 4 mpg city in a truck can be a difference of hundreds or even thousands of dollars a year depending on how much you drive.

By that measure, the new i-Force Max hybrid will be a huge upgrade over the outgoing 5.7-liter V8, which returned 13 mpg city, 17 mpg highway and 15 mpg combined with 2WD and 13/17/14 with 4WD. Not only do you get a bunch more power and torque, but you’ll use a lot less gas doing it. Win-win.