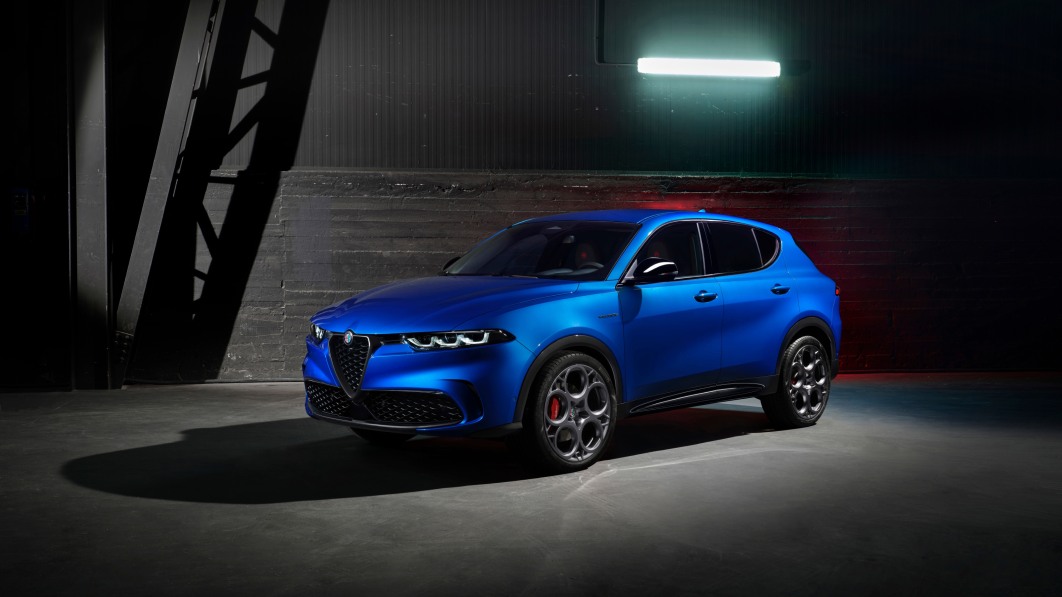 Alfa Romeo’s lineup will expand by 50% next year thanks to the 2023 Tonale, its new small SUV engineered to take on the voluminous and still-expanding utility segment beneath the Stelvio and its ilk. This new baby SUV packs a minimum of 256 horsepower and all-wheel drive with an optional, performance-oriented plug-in model available.

It’s difficult to talk about the future of the automotive industry without acknowledging the spread of electrification and the rise in vehicular ride heights, and Alfa’s checking both boxes with the Tonale. The small SUV will now be the brand’s entry-level model. That’s right; while you weren’t looking, Alfa’s lineup shrank to just two vehicles: Giulia and Stelvio. The company will add more electric variants in the coming years, including a BEV before the middle of the decade, so while the Tonale may be the first, it’s not going to be the only, and while Alfa is adamant that there’s a future for Giulia, we’re now nearly a decade removed from the days of Alfa showrooms being populated by little coupes, convertibles, hatchbacks and sedans. 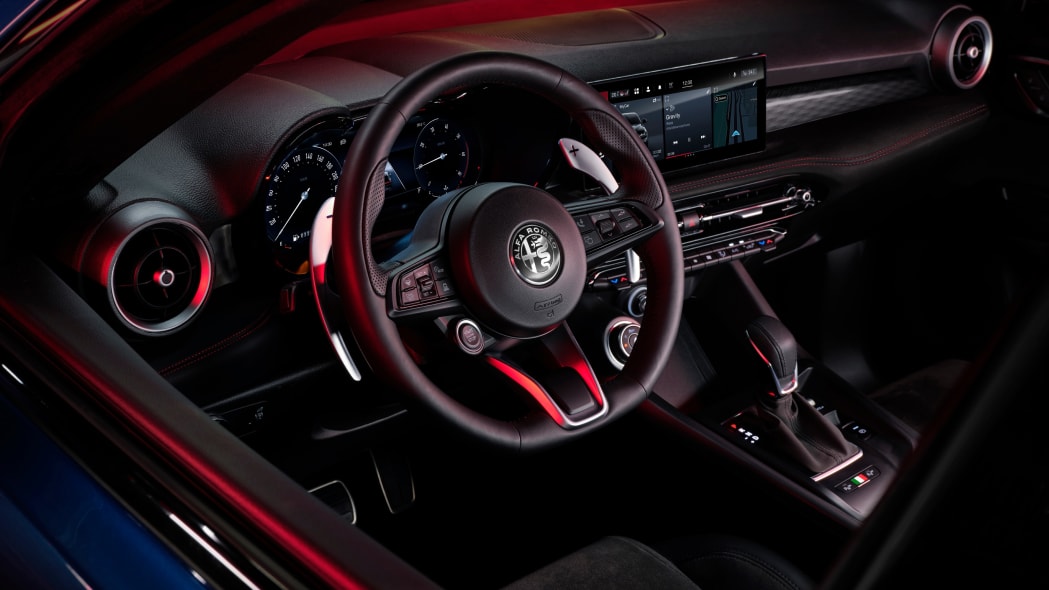 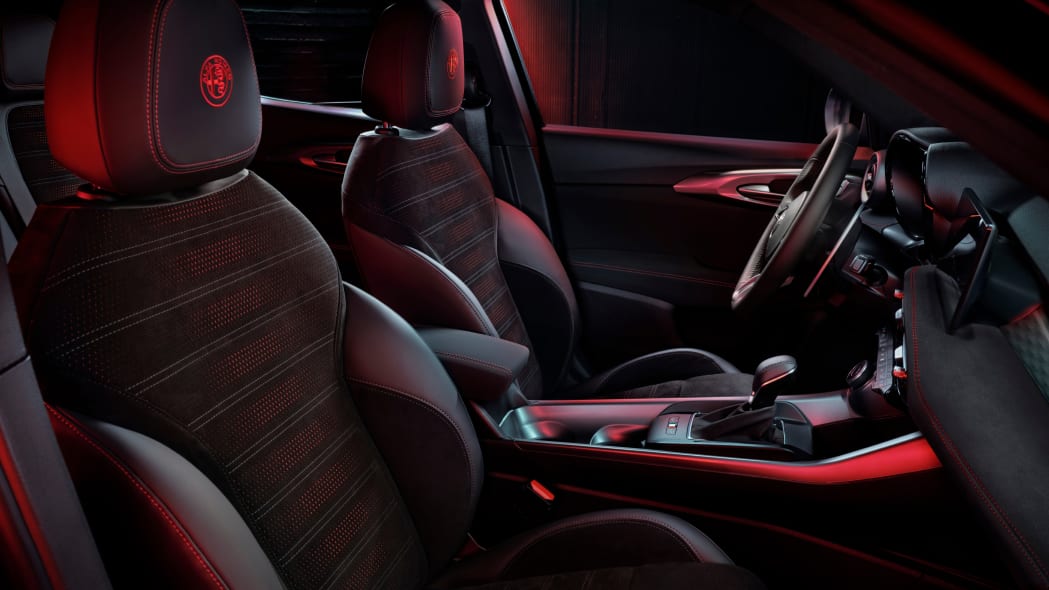 The Tonale shares its underpinnings with just about every other small SUV in the Stellantis portfolio. Its largest cousin sold here in the U.S. is the Jeep Compass. We don’t have all the numbers for Tonale just yet, but we suspect the only thing it’ll really have in common with Jeep’s economical compact will be the length of its wheelbase, which slots it into the same class as the Audi Q3, BMW X1, Mercedes-Benz GLA/GLB and Lexus NX. And there’s certainly nothing Compass-like about its exterior, which looks credibly Alfa-like. LED lighting is standard; the fancy wheels on the models shown in these photos are not; you’ll need the Veloce trim for those.

Alfa’s punching up a bit in the cabin too. A 10.25-inch Uconnect 5 infotainment system is standard (the Stelvio’s base screen is just 8.8 inches) and paired to a 12.3-inch digital cluster display skinned to look like a vintage Alfa Romeo instrument panel. The Uconnect system is integrated with Alfa Connected Services to enable over-the-air updates and other personalized functionality. Each Tonale can store five individual driver profiles accessible via a single touch and is compatible with wireless Android Auto and Apple CarPlay. But while Alfa promises the Tonale will feel appropriately luxurious for its price point, this isn’t aimed at the crowd that wants a soft, distant experience. If you want plush, buy a Maserati; Alfa’s here to party.

To that end, the Tonale will be sold here with just two powertrains: a 256-horsepower gasoline-only turbo-four and a 272-horsepower plug-in hybrid. The former is a 2.0-liter engine that also produces 295 pound-feet of torque and is mated to the corporate nine-speed automatic and standard all-wheel drive. The PHEV utilizes a 1.3-liter turbocharged gasoline engine, a six-speed automatic, a 90-kilowatt rear-axle electric motor and a 15.5-kWh battery pack. Alfa says this combo offers 30 miles of pure EV range, and thanks to that electric motor placement, it too is exclusively offered with all-wheel drive. 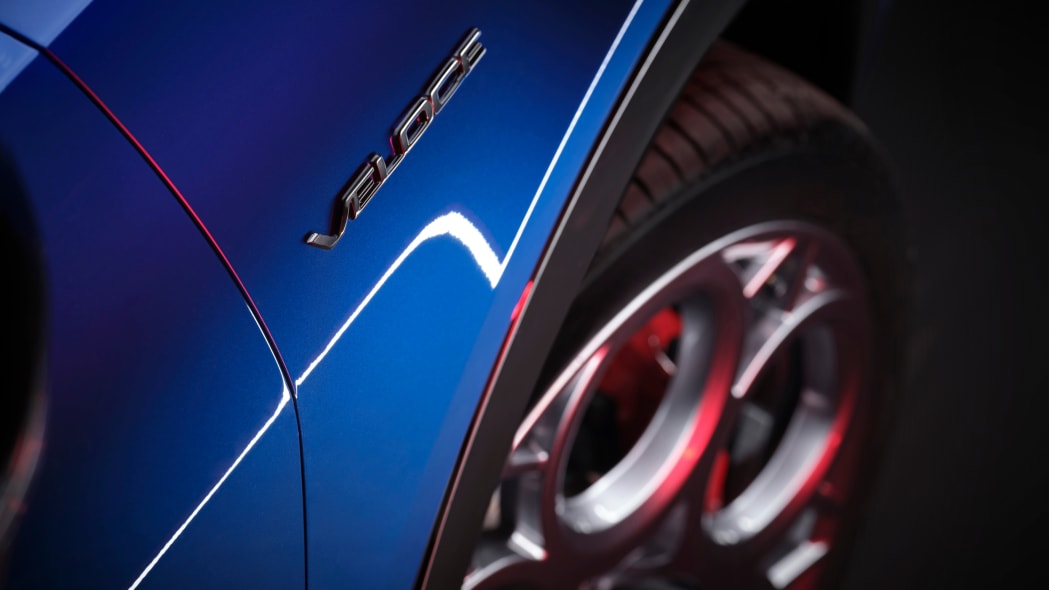 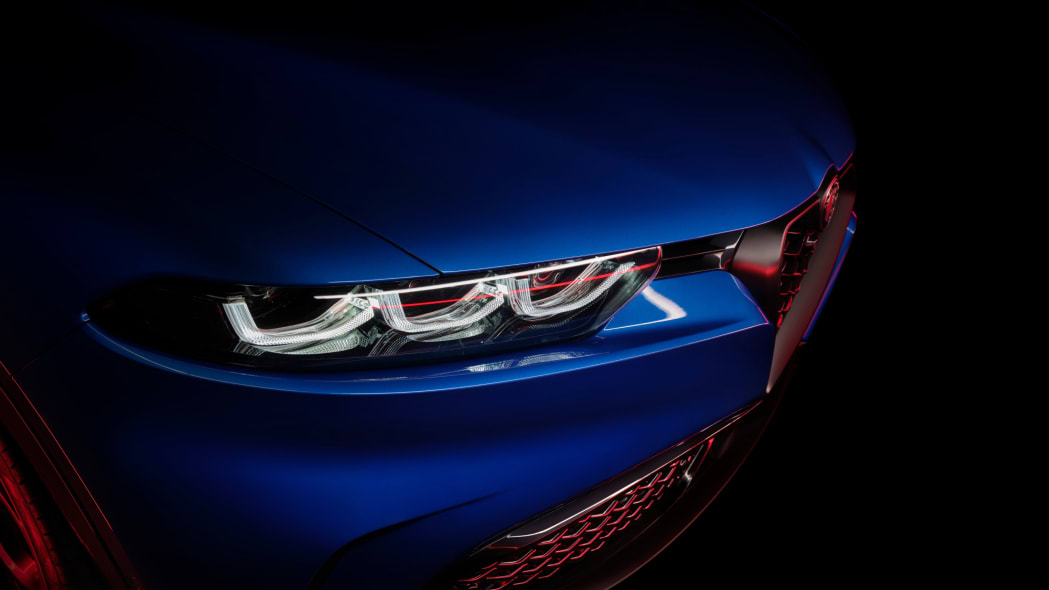 Thanks to some of the weaker powertrains offered by the competition, Alfa claims best-in-class standard horsepower (with the 2.0) and best-in-class hybrid power with the PHEV. The other asterisk here is that lower-output Tonale variants will be offered in Europe, but not here in the States. Alfa says the PHEV’s 272 horsepower will be enough to get it to 60 mph in 6.0 seconds flat. Alfa didn’t quote a figure for the ICE model, but we suspect they won’t be too far apart. The 2.0-liter might be about 15 ponies to its electrified sibling, but it should be down many, many handfuls of curb weight, which should help make up the difference, instant electric torque or not.

The standard Tonale is equipped with a MacPherson strut suspension system with Frequency Selective Damping (FSD) shocks. While they sound like fancy electronic dampers, FSD shocks do their magic without any external intervention. While not as sharp as performance-tuned shocks or as comfortable as those engineered to deliver the best ride, they offer a solid balance that is much less costly or complex than a computer-controlled setup, which you can also add if you’re feeling frisky. The optional active suspension is incorporated into Alfa’s “DNA” drive mode selection system.

We don’t have specifics on pricing or fuel economy figures for the Tonale yet, nor does there seem to be much of a hurry. Alfa says the new compact won’t arrive stateside until around this time next year. Stay tuned.