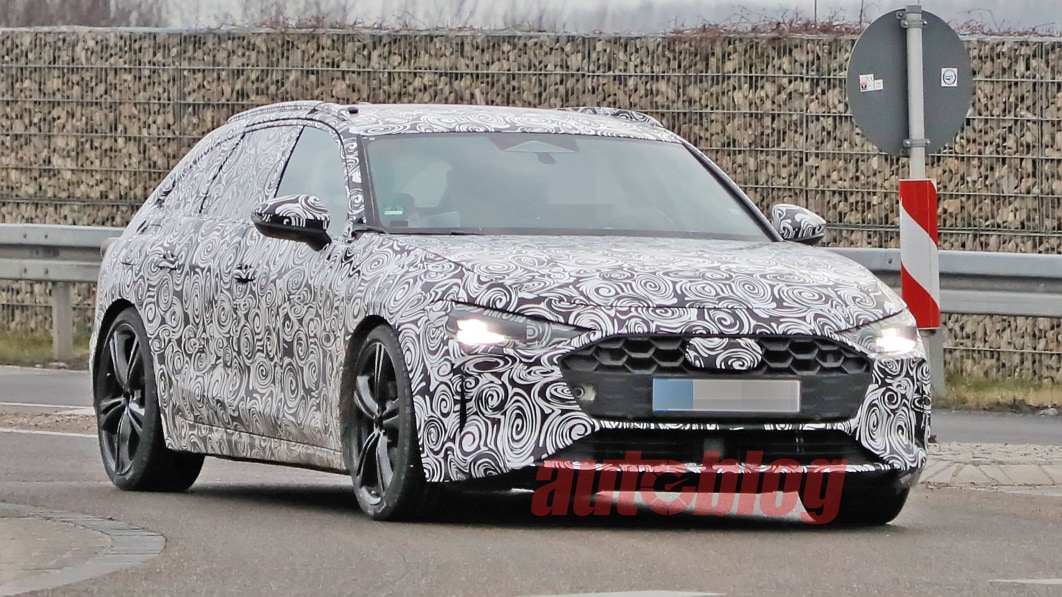 Spies caught what appears to be the 2023 Audi A4 Avant testing in production bodywork in Europe. While it’s still wearing extensive camouflage, this prototype appears to be relatively late in development and — surprisingly for this time of year — wearing what appears to be a high-performance wheel and tire package.

That’s right, no winter rubber or high ground clearance for this (ostensibly compact) wagon, which is riding low on a set of tires with some thin sidewalls that appear to have been marked, suggesting that this prototype is undergoing dynamic testing. This is our first look at the upcoming A4 replacement, and we can see that the Avant appears to have inherited some of its front-end styling from the bonkers RS 6.

And while the RS 6 is sold stateside, Audi has been shy about offering any variant of the long-roof A4 here apart from the Allroad, which rides higher than standard Avants and is deliberately tuned to be more SUV-like. Unlike the bigger A6 Allroad, though, it gets a fixed-height suspension, maximizing its everyday utility at the expense of handling, but it’s not so compromised as to be unenjoyable. We expect that same basic formula will carry over to the next-gen A4, only with more electrified variants.

We’re calling it a 2023 model here, but we suspect that will be for Europe, as VW Group of America tends to lag behind the continent by about a model year when it comes to product lifecycles. Regardless, it shouldn’t be too long until we see the production version in all its glory. Stay tuned.