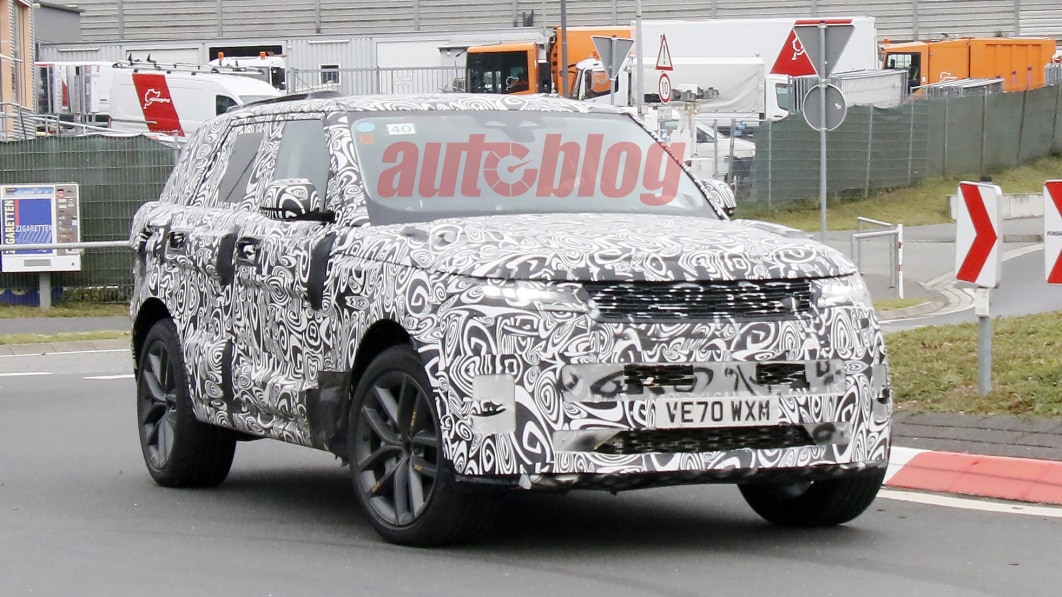 Land Rover introduced a new Range Rover in 2021, which means that the next Range Rover Sport is right around the corner. While official details about the road-focused SUV are few and far between, a recent report suggests that the company has major changes in store for it.

The third-generation Range Rover Sport will ride on the same MLA Flex architecture as the regular Range Rover, and British magazine Autocar reports that these bones will help it offer enthusiasts a ride that’s simultaneously sportier and more refined than its predecessor’s. That’s only one part of the equation; the second is a twin-turbocharged, 4.4-liter V8 engine sourced from the BMW parts bin. Called S63 internally, it’s the same basic engine found in the M5, the M8, and the X5 M, among other hot-rodded models in Munich’s portfolio.

Land Rover will tune the engine in-house, the report adds, though its horsepower and torque figures remain under wraps. For context, BMW’s most powerful version of the engine is in the M5 CS, where it develops 627 horsepower and 553 pound-feet of torque. Those are notable increases over the current-generation Range Rover Sport SVR‘s supercharged V8, which posts figures of 575 and 516, respectively. An output of over 600 horsepower (potentially on par with the X5 M Competition’s 617-horse figure) is likely, Autocar speculates.

The lineup will also include less powerful versions; we wouldn’t be surprised to see entry-level variants of the Sport equipped with the 3.0-liter straight-six fitted to the base Range Rover. European buyers will have access to several diesel engines, and electrification is on the way as well. Both 48-volt mild-hybrid and plug-in hybrid systems are reportedly in the pipeline, while a full EV could arrive later in the 2020s.

Earlier spy shots (pictured above) give us an idea of what to expect from the upcoming Sport. Up front, the changes are seemingly more evolutionary than revolutionary; it still looks like a Range Rover Sport. Its roof line has more rake than the full-size Range Rover, a styling cue that has characterized the Sport since its inception, and the horizontal rear lights remain but they stretch into the hatch. We haven’t seen the interior yet, though technology and luxury features (like the Pivi Pro infotainment system) will likely trickle down from the Range Rover.

Land Rover is expected to introduce the next Range Rover Sport in late 2022, about a year after the standard Range Rover made its debut, meaning the SUV should land in showrooms across the nation as a 2023 model. Official details about it will emerge in the coming months. In the meantime, the British company is sending off the current-generation Range Rover Sport with a limited-edition model called Ultimate.