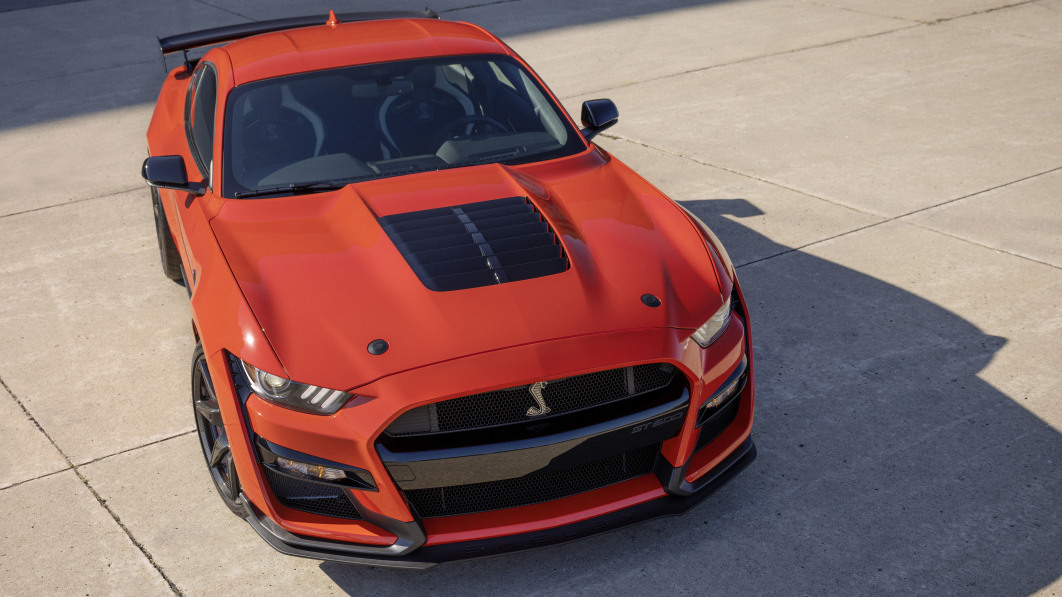 Police in Michigan are still looking for a pair of Ford Mustang GT500s that were among four stolen Sunday from the Flat Rock plant that builds the model. Police have already recovered two of the cars taken in the heist.

There’s no word yet on how the thieves found their way into the plant, but how they got themselves and four cars out is worthy of an action movie. Citing police sources, Michigan-based outlet The News-Herald wrote that one of the four cars was sacrificed to break through a security gate, though video from cameras that monitor the site either isn’t available or hasn’t been released. If this technique sounds familiar, it’s likely because eight new Ram 1500 pickups ere stolen in 2018 from a plant in Warren, Michigan, by ramming one through a gate.

Police recovered two of the stolen cars after the heist; both were empty, and one had reportedly suffered heavy damage to its front end. The other two cars remain at large as of writing. They are described as being painted in “Belladonna black,” which doesn’t appear on the Ford palette. Anyone with information about the theft and/or the car’s whereabouts are being asked to contact the Flat Rock police department.

Oddly, as The Drive reports, an almost identical theft was reported in July 2017. Two new Mustangs were stolen from the Flat Rock plant; one was used to smash through the gate, and there was ultimately a high-speed police chase. At the time, police officers investigating the theft revealed that it wasn’t an isolated incident — other Mustangs had been stolen from Flat Rock over the previous two years.