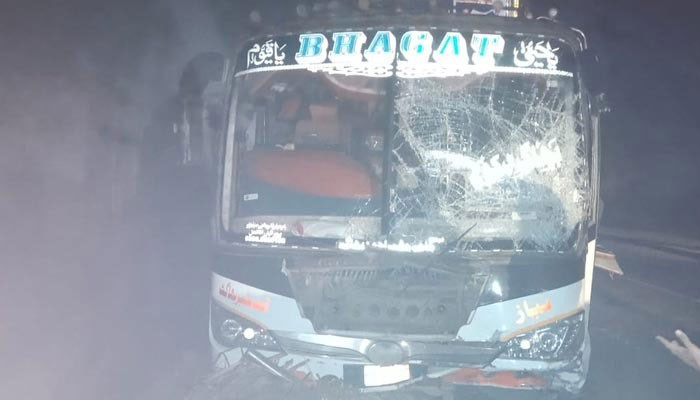 MANDI BAHAUDDIN: At least eight people were killed and eight sustained injuries when an over-speeding bus ploughed into a group of people Saturday.

Police said the incident took place due to the driver’s negligence and because the dense fog made it difficult to see.

According to police, the victims were standing on the road and waiting for a vehicle that they could board to attend a Mehndi ceremony when the speeding bus killed them.

Rescue officials rushed to the scene to shift the bodies and the injured to the hospital, the police said. Five people died on the spot while three others succumbed to their injuries during treatment.

The driver managed to escape after the accident. Police have registered a case against the driver and are conducting raids to arrest him.

Meanwhile, Punjab Chief Minister Usman Buzdar has taken notice of the incident and sought a detailed report from RPO Gujranwala.