The first teaser for Kabir Khan’s sports drama ’83, starring Ranveer Singh as former cricketer Kapil Dev has finally arrived. It takes one back to the 1983 World Cup final at Lord’s, where India defeated West Indies to win its first-ever trophy in the tournament.

Judging by the hints dropped, the video recreates the wicket of Viv Richards, who was caught out by Dev during Madan Lal’s bowling over. Ranveer has a brief moment in the teaser, where he’s about to take the catch. Hardy Sandhu and Jatin Sarna also feature in the clip.

Sharing it on his Instagram, Ranveer wrote, “The greatest Story. The greatest Glory. ‘83 releasing in cinemas on December 24, in Hindi, Tamil, Telugu, Kannada and Malayalam. Teaser out now. Trailer out on November 30.” 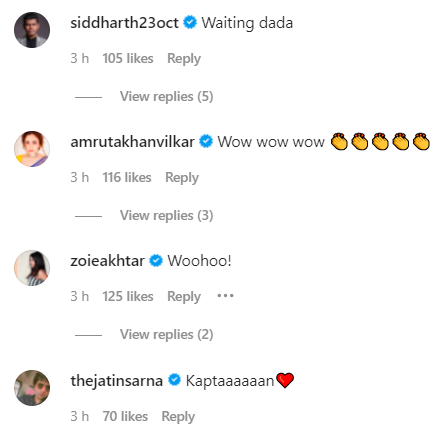 Fans, too, expressed their excitement in the comments section. “Yesssss finally baba @therealkapildev,” wrote a user. “Can’t wait,” added another.

In an interview with PTI earlier, Deepika had talked about working with husband Ranveer in ‘83. They have previously worked together in numerous hits, including Goliyon Ki Raasleela Ram-Leela, Bajirao Mastani and Padmaavat.

“It was nice to work with Ranveer in a slightly more realistic setting,” she said, breathing a sigh of relief. “Not having to mouth such intense dialogues with the kind of language that we did on the past three films. It was refreshing. In fact, we had to remind ourselves that ‘this is the same actor that I’ve worked with’,” she added.