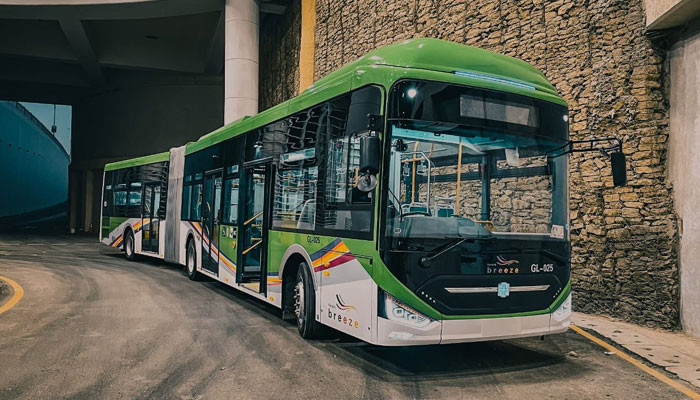 ISLAMABAD: Karachi has been waiting for the Green Line BRT project to kick off for far too long.

Ahead of the launch,  Federal Minister for Planning and Development Asad Umar shared on Twitter a video to give a sneak peak of what can be expected from the project.

“This video gives you a sneak peak into what the greenline operation will look like,” he wrote.

The federal government-funded Green Line BRT project was launched in February 2016 while the PML-N was in power. Nawaz Sharif inaugurated the project. The project was estimated to be completed before the 2018 general elections. However, it failed to meet several deadlines.

The federal government extended the project by another 10 kilometres on the Sindh government’s request that saw its estimated cost cross Rs24 billion.

With 23 stations, the 22-kilometre long Green Line project includes a 12.7km elevated track, 10.9kms at grade, and 422 metres underground track. The project will cater to at least 135,000 passengers daily.

The phase-II common corridor spanning over 2.5 kilometres has two underpasses at MA Jinnah Road from Gurumandir to Municipal Park.