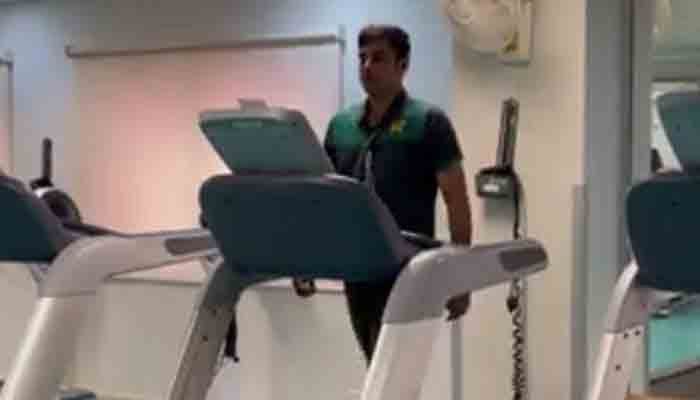 KARACHI: Two days after being discharged from the hospital, Test cricketer Abid Ali Monday resumed light training and thanked his family, friends and fans for their support and prayers.

The star batter was diagnosed with “acute coronary syndrome” last week after he complained of chest pain during a Quaid-e-Azam Trophy match between Khyber Pakhtunkhwa and Central Punjab at UBL Sports Complex in Karachi.

It was discovered at the “cardiac hospital” he was taken to that two of his arteries are blocked, sources had told Geo News. After initial tests were conducted, he underwent angiography and then two angioplasty procedures to place stents in his heart, they added.

In a statement today, Ali said that he has started rehab as per the directions of the doctors. “Thanks [God], I am returning to momentum,” he added.

He urged the people to pray for his early recovery.

According to Abid Ali’s father, the batter’s rehabilitation will be for two weeks. He had said that the Pakistan Cricket Board had made all the arrangements for the cricketer’s accommodation in Karachi.

Abid’s father had further added that his health was much better.