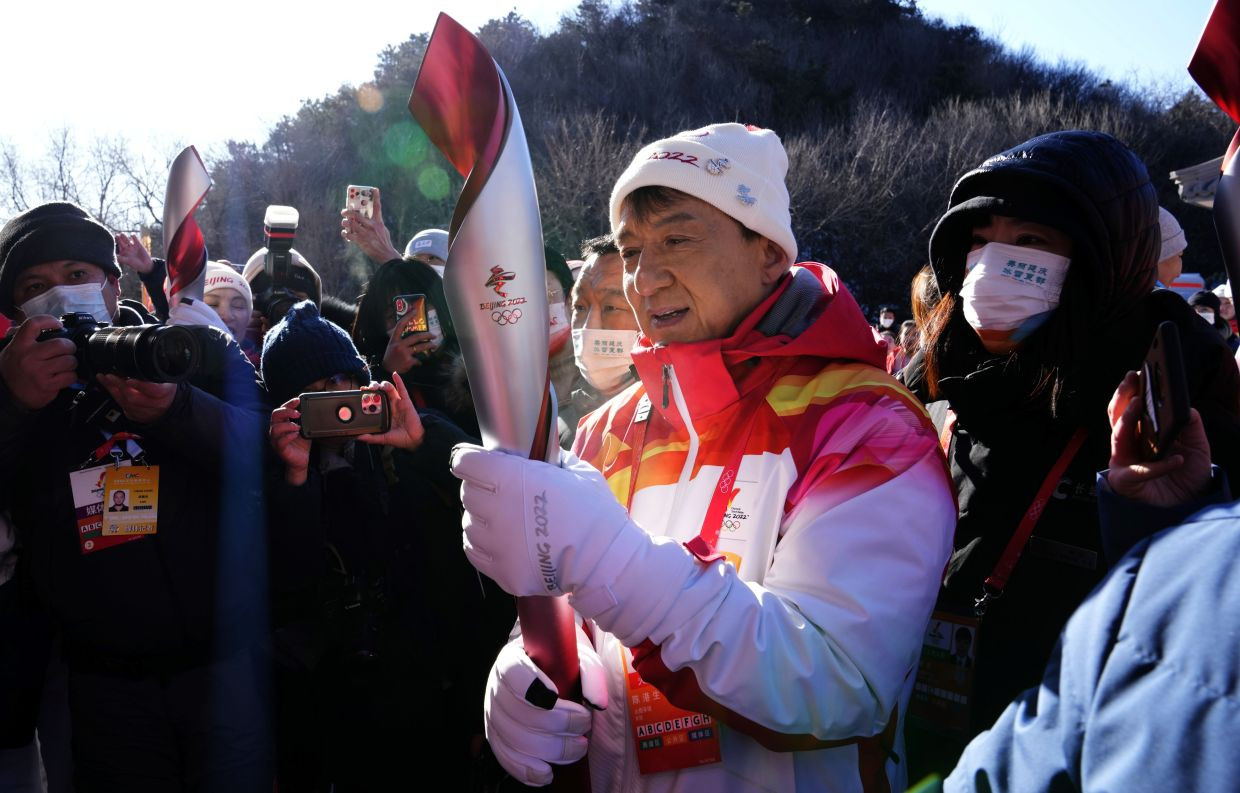 
The Olympic torch relay began its second day on Thursday atop the Great Wall, with Hong Kong actor Jackie Chan and Chinese Olympic medallists among those taking turns carrying the flame along a route shortened to three days because of Covid-19.

The relay for the torch that will open the Feb 4-20 Winter Games is much more modest than the globe-spanning relay for Beijing’s 2008 Summer Games, a tour that was disrupted by protests.

Table tennis Olympic gold medallists Ma Long and Wu Jingyu, a two-time gold medallist in taekwondo, were among those carrying the red-and-silver spiral torch along the Badaling section of the Great Wall, where the Thursday morning temperature was a bracing -11 Celsius (12 Fahrenheit).

Chan, 67, a Hong Kong action and comedy film star known for his support of the Beijing government, was identified in the official press release by his Chinese name Chen Gangsheng.“I woke up at 4am. This is my fourth Olympics. I’m very happy. I’m also cold!” Chan told reporters after his run along the wall.

Badaling, the section of the wall most often visited by tourists, is 70 kilometres (45 miles) northwest of central Beijing in the Yanqing district, near the Olympics sliding and Alpine skiing venues. It was built around 1500 AD during the Ming dynasty.

Later on Thursday, the torch will be taken to Zhangjiakou in neighboring Hebei province, where most Olympic snow events will take place. The relay will end with the lighting of the Olympic cauldron at Friday’s opening ceremony.

Because of Covid-19, the Games are taking place inside a “closed-loop” keeping competitors and other Olympics personnel away from the public, and will be attended only by small, selected audiences.

Have something to add ot the story? Share it in the comments below.