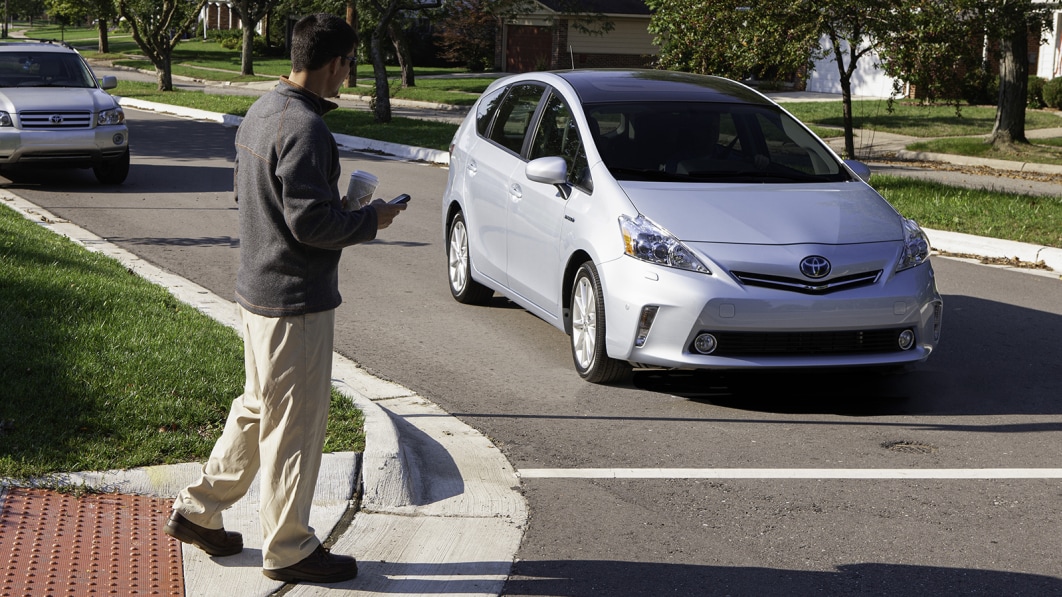 Automatic emergency braking (AEB) has been around for a while now, and it has quietly become more advanced with systems adding pedestrian detection. In fact, according to IIHS, which conducted the study we’re about to discuss, from 2019 to the 2021 model year, availability of pedestrian AEB has increased from 3 out of every 5 vehicle models sold to 9 in 10. Not only that, the organization has discovered that many systems work well, and they’ve made major reductions in the number of pedestrian collisions. But it turns out they have a couple of blind spots, primarily dark conditions.

First the good news. AEB with pedestrian detection works really well. The IIHS study discovered that overall, cars with such systems had 27% fewer pedestrian collisions than cars without them. Additionally, the systems work well during the day and in areas with streetlights, with the odds of a collision being lower by 32% and 33% respectively. And when there are pedestrian collisions, 30% fewer of them caused injury.

Now for the bad news. IIHS discovered the systems didn’t make a difference in reducing pedestrian collisions at night in poorly lit or unlit conditions. That’s not good, since the organization also notes that 75% of fatal pedestrian crashes happen in those exact situations. The IIHS also tested out eight small SUVs in daylight, artificially-lit and dark situations. Most of the vehicles had much worse performance in the dark, not reducing speed as much as they would with good visibility.

But now we come back to some good news. There were a couple of SUVs that IIHS tested in this small group that still performed decently in the dark — a 2021 Toyota C-HR and 2021 Ford Bronco Sport, both of which use a combination of cameras and radar — and the organization noted that automakers may already be improving in these areas. The IIHS will also begin testing these systems in the dark for all cars both to inform consumers and also to encourage automakers to improve in these areas. Automakers are also upgrading automatic emergency braking systems to check corners during turns so that they’re more effective in those situations.

Summing up, automatic emergency braking systems with pedestrian detection really are helpful in reducing pedestrian crashes and making them less harmful when they do happen. And although they have weaknesses, both independent testing agencies and automakers seem to be aware of them and are trying to improve.