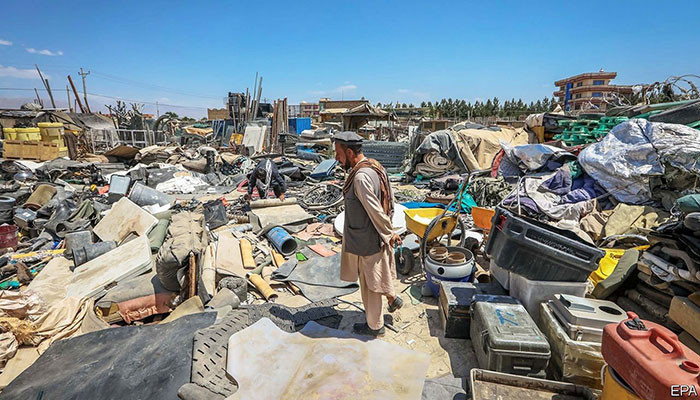 WASHINGTON: The United Nations, the World Bank, the International Monetary Fund, and the donor community have all been warning of the humanitarian catastrophe emerging with the imminent collapse of the Afghan economy.

The withdrawal of US and allied forces from the country, which led to the disintegration of the Islamic Republic of Afghanistan and the Taliban takeover, has been followed by the cutoff of most external assistance and the freezing of most of Afghanistan’s monetary reserves, thereby eliminating 40 percent of the country’s gross domestic product and 75 percent of the government’s budget. The banking system is on the verge of collapse as well, and the currency (the afghani) is losing value rapidly. Add to this a prolonged drought, a raging COVID-19 pandemic, and the disintegration of government services.

The United Nations Development Program has warned that “Afghanistan teeters on the brink of universal poverty,” with as much as 97 percent of the population in danger of falling below the poverty line by mid-2022.

The international community is gearing up to provide increased humanitarian assistance to Afghanistan, and the World Bank is releasing some funds to support this effort. But more help is needed to stave off disaster.

In addition to food and medicine, Afghanistan needs a stable medium of exchange and a functioning banking system to avoid experiencing widespread economic and governance failure. Health professionals, teachers, and other essential workers need to be paid if the most basic functions of the state are to be maintained. Ordinary Afghans deserve access to their own funds, now frozen in banks wary of US and international sanctions and the potential collapse of the Afghan financial system.