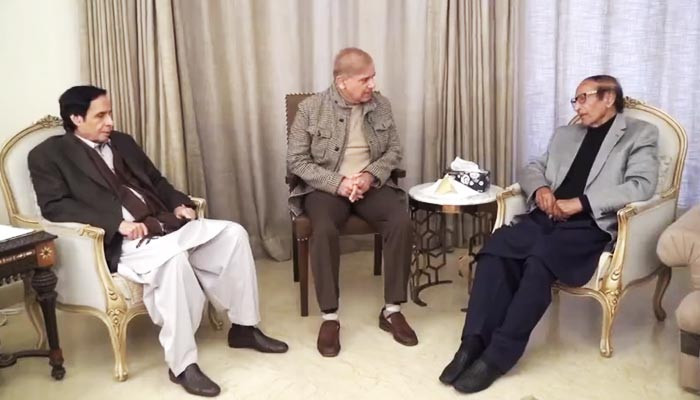 LAHORE: Leader of the Opposition in the National Assembly and PML-N President Shahbaz Sharif met PML-Q’s Chaudhry brothers — allies of the PTI-led government — at their residence after 14 years as the Opposition seeks to mount pressure on the government.

In a statement on the micro-blogging platform Twitter, PML-N said both sides discussed the current political situation in the country in detail and also shed light on other issues of mutual interest.

Sources said the meeting lasted an hour and a half, where the Opposition leader sought PML-Q, who is a crucial ally of the government in Punjab and Centre, to support them in their quest of overthrowing Prime Minister Imran Khan’s regime.

“Back us in our bid to bring a no-confidence motion against [PM Imran Khan]. The Opposition has a unanimous stance that the government should go home,” sources quoted Shabaz as saying.

In response, according to sources, the Chaudhry brothers told Shahbaz that they would “consult their party leaders on the current political situation” as the coming days “are important”.

“We will adopt a strategy after consultations,” the brothers said.

Meanwhile, during the meeting, Shahbaz — on behalf of PML-N supremo Nawaz Sharif — also inquired about Chaudhry Shujat Hussain’s health and prayed for his recovery.