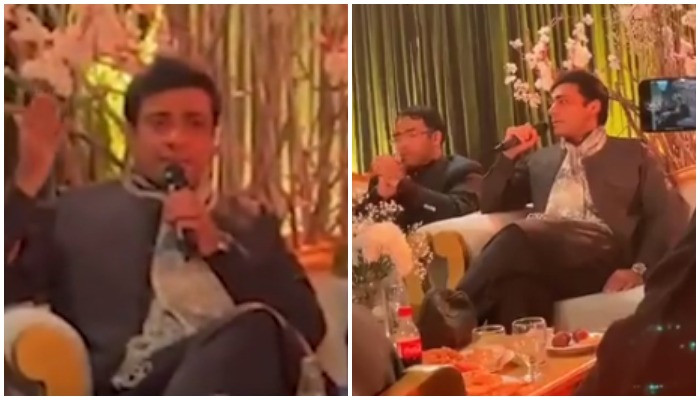 The guests attending the event enjoyed the song and lauded him for singing beautifully.

Maryam is seen sitting beside Hamza, while her husband Captain Safdar and PML-N spokesperson Marriyum Aurangzeb are also spotted in the video.

Here is how Twitterati reacted to Hamza’s singing:

Earlier, a video of Junaid Safdar singing ‘Kya hua tera waada’ at his nikkah ceremony in London had taken the internet by storm.

Safdar tied the knot with former politician Saif-ur-Rehman’s daughter, Aisha Saif, in August. Their wedding reception is due to take place on December 17.