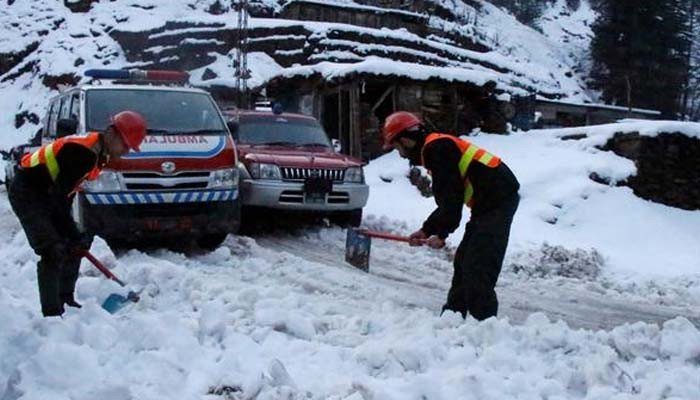 JALALBAD: At least 19 people were killed by an avalanche on Monday while crossing a remote mountain pass from Afghanistan to Pakistan, a Taliban official said.

Scores of Afghans cross illegally to Pakistan every day through the porous mountain border in search of jobs or to buy essential goods for trade.

Najibullah Hassan Abdal, head of information for eastern Kunar province, told AFP rescue workers were still searching at the scene of the avalanche.

“Nineteen bodies have been recovered already,” he said.

Illegal traffic across the Pakistan-Afghan border has soared since the Taliban returned to power in August, plunging the country into a severe crisis with tens of thousands of people made jobless.

Pakistan is attempting to fence the entire 2,670-kilometre (1,660 miles) frontier, known as the Durand line for the British colonial administrator who first drew it.

Traders and smugglers have for centuries used well-trodden remote mountain passes to criss-cross the territories and avoid paying taxes.

But deadly avalanches are common in the area.

In 2015 more than 250 people were killed across the country in a series of devastating avalanches.