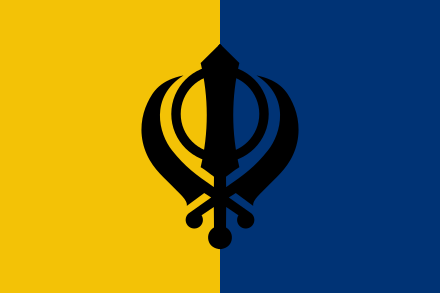 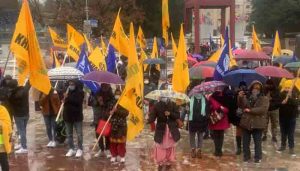 Despite Indian propaganda against the Khalistan campaign, a large number of Sikhs has been running a massive Khalistan referendum campaign across the UK. The Sikhs for Justice, a US-based organization, is spearheading the campaign for the secession of Punjab from India for the creation of Khalistan. Secessionist group SJF founded by lawyer Gurpatwant Singh Pannun is an organization that has been fighting a long battle against the Indian government and politicians. It was banned in 2019 after they started campaigns for a separate home. Addressing the conference outside the UN building in Geneva, the Sikh leaders said that the Sikh people are facing an existential threat and their right to life and liberty is in danger under Indian governance, and independence of Punjab is the only solution. They stated that the referendum aimed to show that Sikhs believed in exercising their right through democratic means. The SFJ leaders called out the international communities and the UN to take notice of the Indian government’s actions and said that it always puts up a decent face before the world but, behind the scenes, killed and discriminated against Sikhs and other minorities in India. The Sikh community blamed India for violating their human rights and the right to have a separate state.
Speaking about the referendum campaign, it started in London on Oct 31, 2021, and voting was held in five different cities in the UK with a heavy significant Sikh community presence. The referendum took place in different phases. The first phase of the Khalistan referendum took place in London, where over 30,000 Sikhs took part. In the second phase, more than 10,000 British Sikhs cast their votes at South-hall & Gravesend in the UK on 7 Nov 2021. The third phase of the Khalistan referendum was held in Birmingham & Barking in the UK on 14 Nov 2021. The fourth phase of the Khalistan referendum was held in the UK cities of Leicester, Coventry, and Derby on 21 Nov 2021. More than 6,000 Sikhs from Switzerland and bordering France, Italy, and Germany gathered in Geneva to cast their votes for the Khalistan Referendum in the fifth phase on the 10th of December, 2021. Despite the heavy snowstorms on that day, they arrived to cast votes for the liberation of Punjab from India.
This referendum is a clear message to the Indian establishment that they cannot oppress the Sikh and other minority groups in the country anymore and have to respect their basic human rights. Whatever the reasons, talking for peace is not enough, action is required. An inclusive society is essential for long-term peace. Pakistan has continuously highlighted the importance of supporting peace and stability, and the Kartarpur Corridor is one of several efforts taken in that direction. It is now the responsibility of the international community to address these human rights violations and contribute to making the world a better place to live.