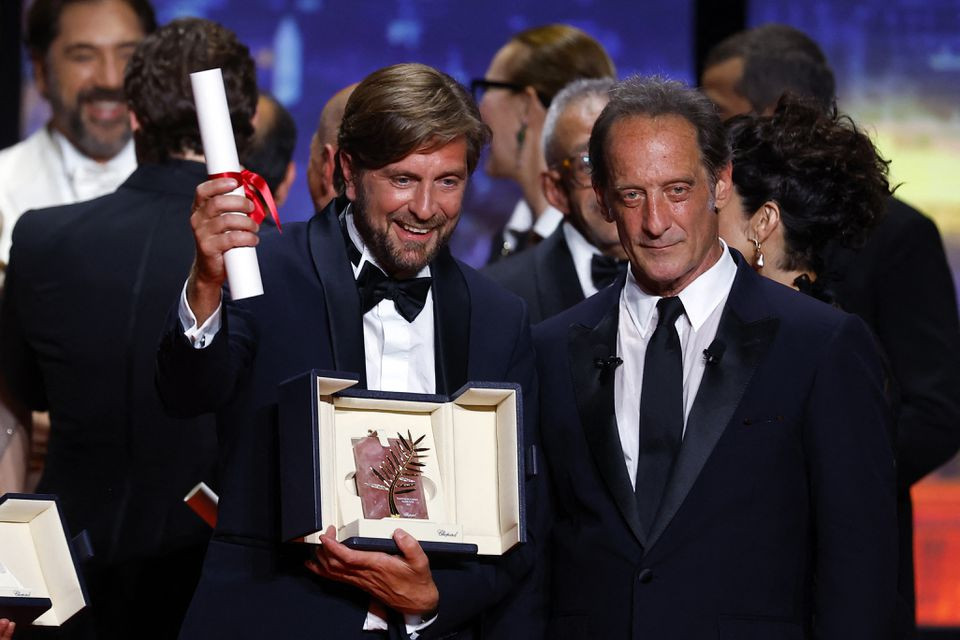 
The 75th edition of Cannes came to a glittering close on Saturday with the nine-member jury handing out the biggest awards of the prestigious festival. Triangle of Sadness, a film by Swedish director Ruben Ostlund, won the Palme d’Or for Best Picture at the event, the festival announced.

“When we started to make this film I think we had one goal – to really, really try to make an exciting film for the audience and bring thought-provoking content,” Ostlund said. Palme d’Or, given to the best film at the competition, is considered one of the most prestigious film honours in the world.

“We wanted to entertain them, we wanted them to ask themselves questions, we wanted them to after the screening go out and have something to talk about,” he added. Exploring notions of beauty and privilege, the film sends two models on a luxury cruise — only to leave them stranded on a deserted island with a handful of the staff and billionaire guests. The toilet attendant proves to have the best survival skills and social structures are upended.

“The thing about Ostlund is that he makes you laugh, but he also makes you think,” said Variety in its review of the film. “No matter what sphere he tackles, we’re bound to see the world differently.” Ostlund won the Palme d’Or in 2017 for his film The Square, a satire about a prestigious art curator.

The festival awarded two films the Grand Prix: Close, a film by Belgian director Lukas Dhont about friendship and masculinity, and Stars at Noon, which is set in modern-day Nicaragua, by French auteur filmmaker Claire Denis. The jury prize also went to two films, The Eight Mountains by Belgian directors Felix Van Groeningen and Charlotte Vandermeersch and EO, by Polish director Jerzy Skolimowski, which is told through the eyes of a donkey. “Thank you, my donkeys,” said Skolimowski, in his acceptance speech.

South Korean star Song Kang-ho picked up the best actor award for his role in Broker while South Korean director Park Chan-wook won the best director prize for his romantic thriller Decision to Leave. Iranian Zar Amir Ebrahimi, who won best actress for her role as a journalist tracking a serial killer in Holy Spider, was visibly moved.

“Maybe having me here tonight is just a message — especially for women, Iranian women,” she told a press conference directly after the ceremony, when asked about an apparent outpouring of support of her on social media, which she said she hadn’t seen.

For its 75th anniversary edition, the festival resumed its traditional calendar in May following two years of pandemic disruptions and marked the return of parties and kissing — both of which were not permitted last year due to strict Covid protocols.