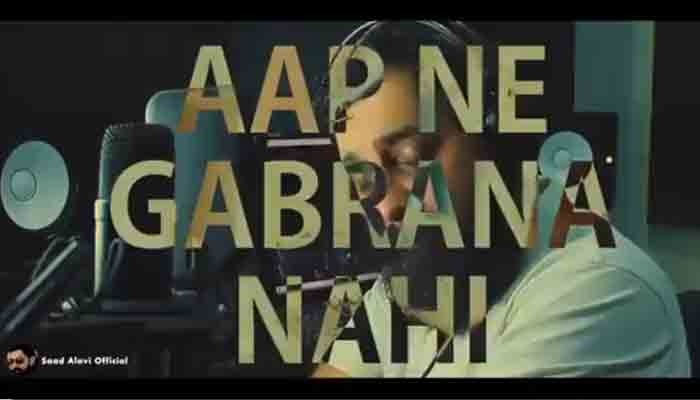 The PTI government is in the spotlight once again for all the wrong reasons.

It all started after a 56-second music video criticising the government and Prime Minister Imran Khan over soaring inflation and alleged non-payment of salaries went viral online from the official Twitter, Facebook and Instagram accounts of the Embassy of Pakistan in Serbia. But the Foreign Office says the accounts wee hacked. The posts have now been deleted.

The video, shared Friday morning, featured a rap song highlighting where the government has gone wrong, using the premier’s tag line ‘ghabrana nahi hai [We do not have to worry]’.

“With inflation breaking all previous records, how long do you expect @ImranKhanPTI that we [government] official will remain silent [and] keep working for you without been paid for past [three] months [and] our children been forced out of school due to non-payment of fees. Is this #NayaPakistan?” the verified account captioned the video.

The rap song has been produced and composed by musician, singer-songwriter and record producer Saad Alavi and was originally shared eight months ago on his official YouTube channel.

The user, in a second tweet, also apologised for sharing the video and wrote: “I am sorry @ImranKhanPTI, am not left with another option.”

However, the spokesperson of Ministry of Foreign Office confirmed that the Twitter, Facebook and Instagram accounts of the Embassy of Pakistan in Serbia have been hacked.

“Messages being posted on these accounts are not from the Embassy of Pakistan in Serbia,” it said.

The focal person to Prime Minister Imran Khan on digital media also confirmed on Twitter that the account has been hacked.

“The Twitter account of Pakistan’s embassy in Serbia is hacked as per information from foreign office and @ForeignOfficePk is conducting an enquiry into it,” he wrote.

Meanwhile, focal person to CM Punjab Azhar Mashwani also took to his Twitter handle to confirm that the Twitter account of Pakistan’s embassy in Serbia is hacked.

The Pakistan Bureau of Statistic (PBS) on Tuesday released the monthly inflation based on the consumer price index (CPI), which clocked in at a 21-month high of 11.5%.