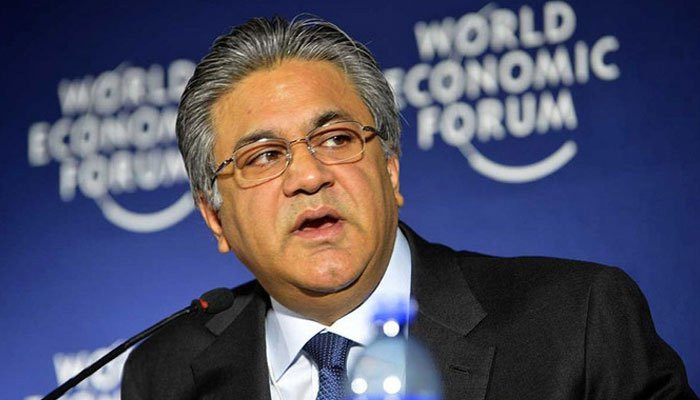 LONDON: The Scrutiny Committee of the Election Commission of Pakistan (ECP) has revealed in its report that a foreign company (Wootton Cricket Limited), owned by Abraaj founder Arif Naqvi, paid an amount of over $2 million to PTI shortly before the elections of 2013 — a fact Naqvi never denies and admitted that he supported the election campaign of Imran Khan in 2013.

When Prime Minister Imran Khan’s ex-wife, Reham Khan, wrote in her autobiography that the Abraaj founder had donated money to Imran Khan, Naqvi agreed with the statement.

He also admitted that he owned a house in Oxfordshire called Wootton Place, where he regularly organised charity events.

Sources close to Naqvi have said that if a company 100% owned by him and carrying the name of his residence was the conduit to channelling his personal funds as a Pakistani supporter of PTI to a legitimate PTI account, why is that being broadcast as some act of evil?

Records show that through the State Bank of Pakistan accounts, Naqvi remitted over US$ 140 million into Pakistan for charity purposes.

Sources close to Naqvi, who spoke to this reporter, said that the Abraaj founder “clearly makes for good copy but what people forget is that you are innocent until proven guilty, and the charges against him at the moment are just that: charges.”

They said that it was highlighted in media that Naqvi had “bribed the former Prime Minister Nawaz Sharif but the US government did not charge him for that under the Foreign Corrupt Practices Act, clearly intending just to paint a particular picture; charges denied not only by him but the previous and current governments of Pakistan as well.”

A few weeks ago, several unfounded messages circulated through WhatsApp groups levelling allegations against Naqvi with reference to the upcoming stage in his legal process and in relation to alleged statements he had made in relation to Pakistani political matters.

Naqvi, according to the source, has consistently rejected all insinuation stating that he has never issued any statement about any politicians and has no intent to undermine anyone.

His close associates maintain that he is “a Pakistani patriot who has worked tirelessly for the last 25 years with whichever government has been in power for the interest of Pakistan and has no intention to talk about any of it for personal gain or advantage.”

They further said that “the work done in Aman Foundation was never used for his personal promotion or gain.”

One source said: “We seem to accept the false narrative presented in the western media as gospel truth without giving the benefit of doubt to someone who has without question done an enormous amount for his country’s people, without concern for their political affiliations.”

Twelve months ago, the Westminster Magistrates’ Court ordered the extradition of Naqvi to face charges of fraud, money laundering and racketeering which carry, in total, an incredible 300 years in prison.

Naqvi is accused of 16 counts of fraud and related money laundering said to have been committed between 2014 and 2018. The American government has described him as the “leader of a criminal enterprise that courted Abraaj.”

At the same hearing, the judge accepted that Naqvi has “mental health issues and this deteriorated during the extradition proceedings at Westminster.”

Naqvi has through his lawyers continued to strongly protest the disturbingly long, 300-year sentence. He has said that the charges against him are unjustly motivated and he has been subjected to a media trial by vested interests.

The UK High Court has yet to make a decision on whether or not to allow him to appeal against the lower court decision.

A source close to him said: “Good or bad, Arif Naqvi deserves the support of Pakistan, if for nothing else, then his decades-long acts of philanthropy and promotion of Pakistani interests within Pakistan and abroad.”

“It is time for the Government of Pakistan to bring him home and let him face any charges that are being made against him in Pakistani courts so that he is subjected to Pakistani justice if he has done anything wrong.”