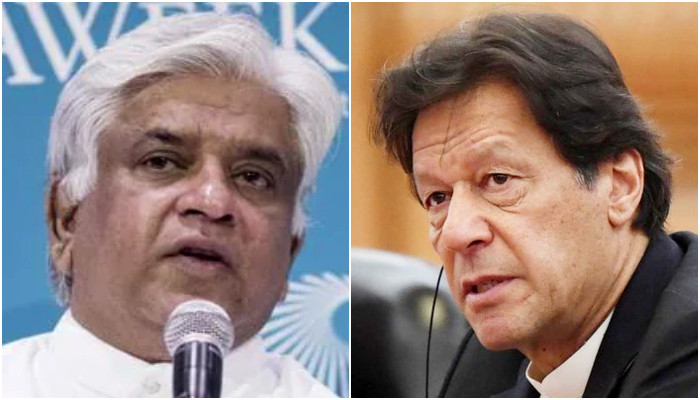 Sri Lankan cricketing great Arjuna Ranatunga has penned a letter to “colleague and friend” Prime Minister Imran Khan in the wake of the horrific lynching of Priyantha Diyawadanage, a Sri Lankan national who was working at a factory in Sialkot.

In the letter, Ranatunga, who has played cricket alongside PM Khan, and has in the past expressed great regard for him, has expressed the hope that the premier “will be able to teach the few misguided individuals within the Pakistani community to treat everyone with the same respect and dignity that all human beings deserve”.

He commended the prime minister for “the diligent efforts to bring justice to the barbaric, violent crime committed against Priyantha Diyawadanage”.

“As you have reiterated in the media over the past few days, such violent, vigilante behavior should be condemned vigorously,” Ranatunga wrote.

He followed by saying that it is important for everyone to understand that the violent behaviour was demonstrated by “a small portion of the population” and that “a whole nation should not be judged on the actions of a few, especially considering the longstanding relationship between our two nations”.

The 1996 World Cup winning Sri Lankan captain said that the bond between the two countries has “always been one of strength and solidarity”.

“When Sri Lanka was once in despair, it was Pakistan that supported our soldiers, and in 1996, when other nations refused to come to Sri Lanka to partake in the Cricket World Cup due to the ongoing Civil War, Pakistan along with other Asian nations such as India stood by us and showed your support by coming to Sri Lanka with a collaborative Asian team,” he recalled.

He reminded the premier that as a token of its gratitude for Pakistan’s continued support, “Sri Lankan cricketers have continued to participate in tournaments when other nations have refused to do so due to safety concerns”.

Ranatunga, in continued appreciation of the prime minister, said: “You have always been unwavering in facing challenges whether it be on the cricket field or the political arena.”

He said that since becoming the prime minister, PM Khan has been “carefully addressing some controversial issues in the country”.

“In the same manner, I hope you will be able to teach the few misguided individuals within the Pakistani community to treat everyone with the same respect and dignity that all human beings deserve,” the former batsman wrote.

In the end, Ranatunga said he would like to once again thank the premier for his “efforts in finding all the individuals guilty of committing this horrendous crime and bringing them to justice”.

“We Sri Lankans, as a nation truly appreciate the sentiments you have expressed regarding the future of the Diyawadanage family, and all the contributions will go a long way in aiding Priyantha’s wife and children,” he said.

“Your continued support, and the actions of Pakistanis will go a long way in helping the family heal from this traumatic experience,” the cricketer added.