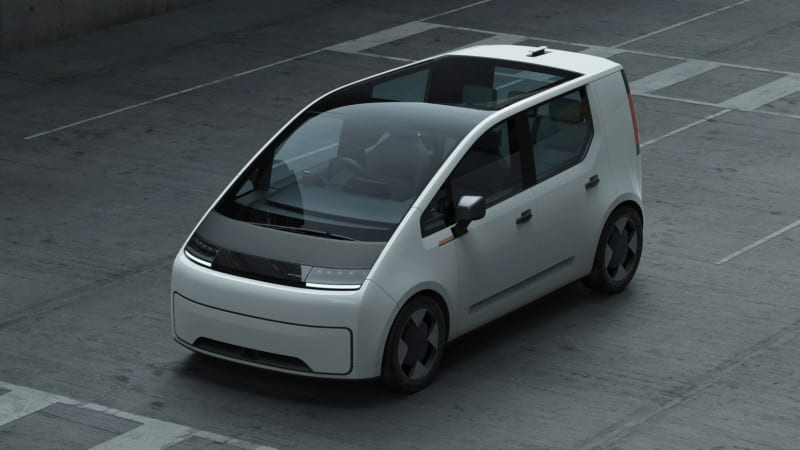 Arrival, the Anglo-American startup which is hoping to revolutionize the design and manufacture of electric vehicles, is ready to talk about its first car. The Arrival Car, as it is known, is designed, first and foremost, to be used by rideshare drivers during their working day.

Much as the company doesn’t want to call it a taxi, this is more or less what the Arrival Car is, an electric update to the London black cab for cities of the future. But with a number of tweaks that mean it’s smaller and more efficient than current cars, but still has buckets of room inside.

The (capital-C) Car has been teased for a while, and back in May, Arrival announced that it had teamed up with Uber to create a “purpose-built vehicle for ride-hailing.” It’s a project with an ambitious deadline, too, with the first models expected to roll off the production line in Q3, 2023.

Visiting Arrival’s Oxfordshire HQ, I was able to look at, and sit in, the Alpha prototype, but the company is a little leery about sharing too many images of the same. That’s, in part, because it doesn’t feel the first model, built in about six months, is fully representative of what’s to come. I wasn’t allowed to take images of the car in all of its glory, and instead was supplied with a mixture of renders and close-up shots of various components.

Part of the reason that Arrival feels confident that it can turn a car around in such a short space of time is that it’s standing very much on its own shoulders. After all, the Car uses the same integrated EV skate platform that was developed for the van and the bus. It means that Arrival can, effectively, cut its skate to the right size and plonk any cabin structure on top.

The Arrival Car is deeply uncool, a box on wheels with an emphasis on maximizing the internal space for passengers. It has the same silhouette as a French-made minivan; you could easily imagine a line of these parked outside a Saturday-morning under 15’s soccer match. But, because it wholly rejects the need to be aesthetic for the sake of aesthetics, it’s also quite cool.

And despite the sci-fi styling, there’s something quite humane about its design, something quite organic. Because the propulsion is on the floor, there’s no need for a pronounced bonnet, so the windshield just melts into the chassis. There’s a cambered glass roof stretching over the cabin, making the interior space airy and roomy.

One big focus, naturally, was on maximizing the interior space and legroom, and I’ve seen visitor centers that are more cramped. Despite sitting on (roughly) the same footprint as a VW Golf, the Car probably has more legroom than a (famously-roomy) London Black Cab. The front passenger seat can also be folded down and pushed slightly forward, should you need extra room. The height, too, means that you can easily step up and into this vehicle rather than awkwardly crouching down, which should help folks with mobility issues.

The only issue with this first version, which is likely to change in the second prototype, is the luggage space. This first model has a fairly small luggage compartment, designed for two large and two small suitcases and little else. But Tom Elvidge, EVP of Vehicle Platforms, believes that changes will be made to improve this for the second prototype.

Arrival’s custom software platform drives the system, and the Car has a Tesla Model 3-esque 13-inch screen mounted in the middle of the dashboard. That’s good for localization, given that this will need to be made available in left and right-hand-drive models. But it also helps clear out some of the clutter that rideshare drivers sometimes have cluttering up their view.

Another driver-focused benefit is the fact that the Car has been designed to be comfortable but not full of delicate materials. Of course, a lot of this remains in flux, but the prototype uses brightly colored woven fabrics for seat covers and something spill-resistant on the floor. Given the risks of passengers dirtying up the vehicle, reducing the amount of time drivers can be on the road, ease of cleaning is a key priority.

It’s early days, and Arrival has still got the better part of two years to answer many of the key questions we have about this vehicle. Facts about battery capacity, range, speed and cost are all left blank since the company is, right now, focused on ironing out the design. We know that it won’t be speed-capped to only go around city streets, given that 10 percent of rideshare journeys are to the airports. And that it has to at least pass as a family hatchback for when drivers aren’t working and want to use the car as their own ride.

And, of course, the cost will be a big factor to help drivers ditch their existing vehicles. Arrival thinks that many of the innovations it has already developed will help it there, but there are no concrete figures yet. Given how many taxi fleets adopted Priuses (and other Toyota hybrids) to help squeeze more range from their fuel budgets, you can imagine this becoming a hit.

What we do know is that Arrival’s EV platform makes for an extraordinary driving experience and one that’s very fun to use. I was allowed to drive one of the test vans around the company’s car park-cum-test-track and it’s wild. This thing is a heavy-ass UPS-style package van that drives with the ease and precision of a go-kart. I’m sure that plenty of professional drivers will enjoy the feeling of connection to the road that this particular system offers.

For now, Arrival is working on identifying which elements from this first model don’t work, and refining them for the second prototype. There’s plenty of work to do between now and the end of 2023, however, and so we’ll wait and see how this shakes out in the end.

Written by D. Cooper for Engadget