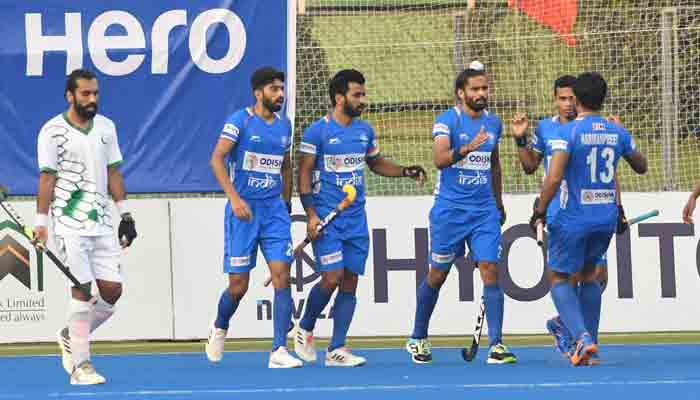 Harmanpreet Singh of India scored two goals on penalty corners while Akashdeep Singh scored a field goal to take their side home in their third round-robin stage match against arch-rivals.

Meanwhile, Junaid Manzoor pulled a goal back for Pakistan in the third quarter.

Both the teams jointly won the title three years back in Oman.

Pakistan have an exceptional record in the Champions Trophy-winning four times while India won the inaugural event in 2011.

India were the favourite for Friday’s match as the team has improved leaps and bounds during the last three years and are now ranked among the top three teams of the world.

India is one of the most active teams around while Pakistan, ranked 18 in the world, stayed in total isolation from international hockey after missing the inaugural FIH Pro League two years back.