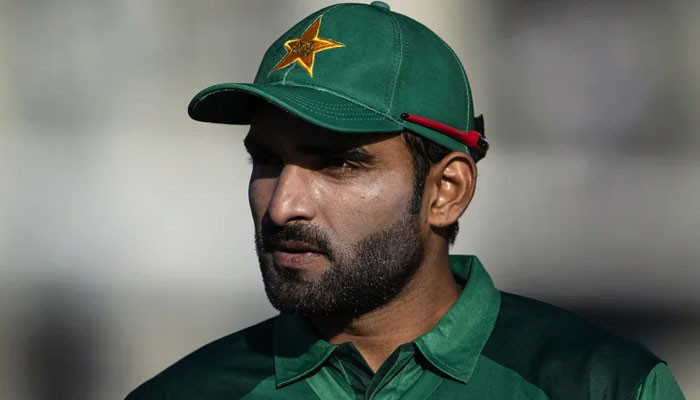 LAHORE: Pakistan’s star cricketer Asif Ali, who is known for his big-hitting batting, said that he was eagerly waiting for the series against Australia.

Australia will tour Pakistan in March 2022, for the first time in over 24 years. The series will comprise three Tests, three ODIs and one T20. The matches will be played in Karachi, Lahore and Rawalpindi.

Talking to journalists, Asif Ali said that he would give his best during the upcoming series against Australia and will try to meet the expectations of fans.

Responding to a question, the cricketer said that he was very sad to see the postponement of the ODI leg of the West Indies tour of Pakistan and prayed for early recovery of those cricketers who had tested positive for COVID-19.

Talking about PSL-7, Ali said that he was very excited and happy because the league will be held in Pakistan this year.

He also hailed the performance of Pakistan’s skipper Babar Azam and Mohammad Rizwan.