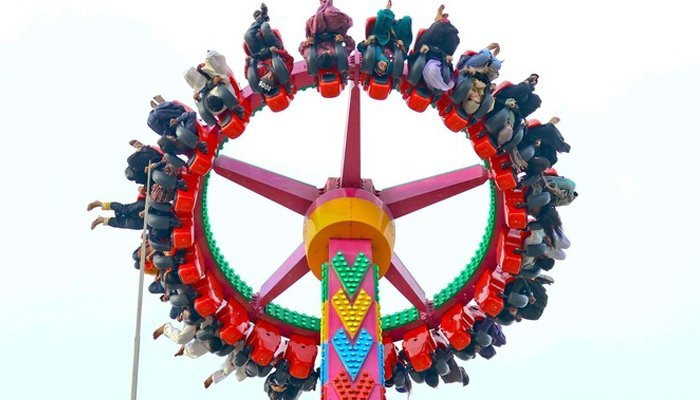 For a third time this week, the name of the amusement park built on Karachi’s old Sabzi Mandi (vegetable market) has been changed by the Karachi Municipal Corporation (KMC).

Earlier this week, in line with a Supreme Court (SC) order, the Askari Park was handed over to the KMC. When the handover was done the KMC changed the name from Askari Park to KMC Amusement Park.

However, in solidarity with Kashmir, the park has been renamed Kashmir Park when its inauguration ceremony took place today.

Read more: In line with SC order, Askari Park handed over to KMC

“The park has been renamed to Kashmir Park as a tribute to the Kashmiris struggling [against Indian forces],” said Wahab.

Last year, a two-member bench of the SC had ordered relevant authorities to hand over charge of the Askari Amusement Park to the KMC within two weeks.

The two-member bench issued the ruling while hearing a case related to the Askari Park at the top court’s Karachi Registry.

The apex court directed the KMC administrator to take control of the Askari Park and open it for people. There should be no entry fee at the park, ruled the court. The chief justice directed the KMC to return the existing swings to the current management and install new ones. The court also directed razing all the shops on the park’s land.