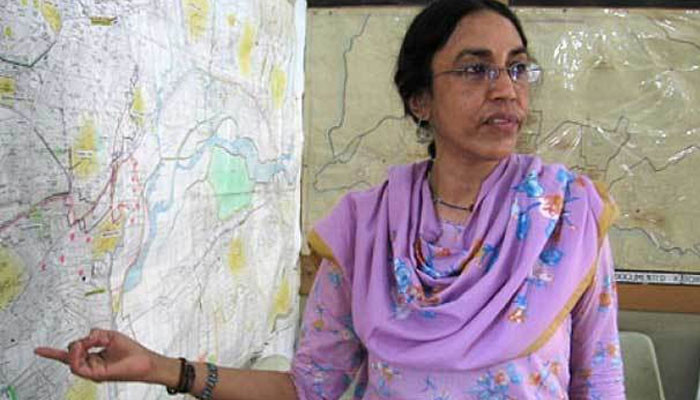 The prosecution alleged that the accused wanted to take over the OPP office for the purpose of Karate Center in Orangi Town and on refusal they hatched a conspiracy to kill Parween Rahman through hitmen of Tehrik-e-Taliban Pakistan. The ATC observed that the prosecution has established the charge against accused Mohammad Raheem Swati, Ayaz Ali, Mohammad Amjad Hussain Khan, Ahmed Khan alias Papu Shah Kashmiri for facilitation, aiding and abetment with their common intention and object, abetted in extermination of deceased Mst Parveen Rahman shot by TTP commander Mehfuzullah alias Bhalu (now deceased) and Moosa, a proclaimed offender.

According to the judgment that the prosecution has also established the charges against the accused Mohammad Imran Swati, Ayaz Ali, Mohammad Amjad Hussain Khan and Ahmed Khan for concealment of evidence of instant offence, besides misguiding and concealing the facts deliberately from the investigation agency.

The Supreme Court had earlier taken suo moto notice of the killing of Parween Rahman in 2013 and constituted a Joint Investigation Team to arrest the killers of Rahman as the earlier case was closed due to lack of evidence. The trial was concluded after eight years of murder.

Rahman, holding a postgraduate diploma in housing, building and urban planning from the Institute of Housing Studies in Rotterdam, the Netherlands, had devoted 28-year-long career for advocating for land and basic services rights for the underprivileged.

The court, after hearing the arguments of the defence, special prosecutor and petitioner’s counsel, observed that accused under a planning with common intention and object, got the OPP’s director killed as she resisted efforts of accused Muhammad Raheem Swati to take over the OPP property. The verdict said that prosecution has established that by killing Ms Parween Rahman, the accused created terror, fear, sense of insecurity and panic among the staff of OPP, NGOs and in the surrounding area, to perpetuate fear.

The defence counsel pleaded innocence of the accused and contested that the confessional statement of the main accused Raheem Swati was not voluntary and therefore not permissible under the law. Swati had confessed to his crime before the judicial magistrate and told him that that being a former councilor and ANP secretary, who lived opposite to the OPP office, he wanted to open a Karate center in the premises which was refused by Ms Rahman. Therefore, he along with other co-accused gathered at his home and planned to get rid of her. Thereafter, they contacted banned TTP commander Mosa and Mahfoozullah alias Bhalu from Ayaz Swati’s mobile phone.

The TTP goons agreed to the job at a monetary cost. In his confession, he said accused Ayaz Swati and Amjad Afridi informed him that Moosa, Mehfoozullah and Papu Kashmiri had killed Parween Rahman and had gone into hiding. The cases against the proclaimed offenders Shuldad and Moosa were ordered to be kept in dormant file.