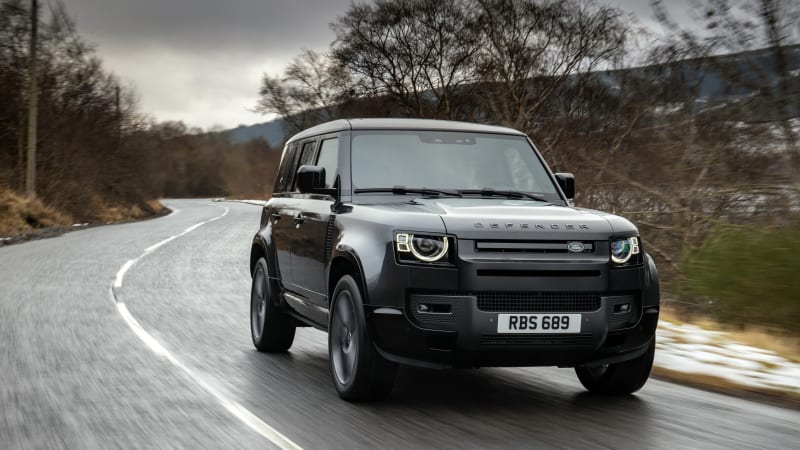 Land Rover will add a longer three-row variant to the Defender model range, the automaker has confirmed. The latest Landie will be known as the Defender 130, and it will join the regular four-door Defender 110 and two-door Defender 90 before the end of 2022. Although the 110 is already available with a third-row option, as we note in our full 2021 Defender review, it’s small to the point of being nearly useless. The 130, presumably, would be different.

The word comes from chief financial officer Adrian Mardell, as reported by Automotive News Europe. Mardell predicts that the “Defender 130 will hit a sweet spot in North America, China, and also the Middle East, which we’re not yet touching.”

The Land Rover Defender 130 will ride on the same wheelbase as the current 110, a span of 119.0 inches. Overall length, however, is to increase by some 14 inches, putting it at around 201 inches, not counting the rear-mounted spare wheel. At 201 inches, the three-row Defender 130 would be roughly 6 inches longer than the Land Rover Discovery, which also offers a third-row seat.

Presumably, the Defender 130 will command a price premium over the Defender 110, the base price of which currently ranges from $50,500 to $107,200 (before destination). Clearly, Land Rover is not letting any moss grow under the Defender’s tires, as it already pushed out a 2022 model that adds a V8 engine, an optional larger touchscreen, and trim new model variants: 90 X-Dynamic SE, 90 X-Dynamic HSE, 110 XS Edition, and the V8 Carpathian Edition for both body styles.