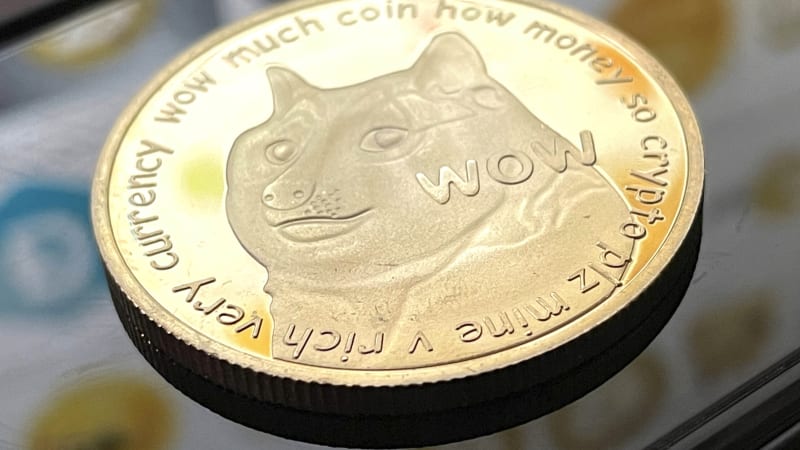 LONDON — Cryptocurrency Dogecoin surged more than 60% on Thursday after billionaire entrepreneur Elon Musk tweeted about it, two days after he said he was to take a break from Twitter “for a while.”

Dogecoin, which is based on a popular internet meme, jumped 67.99% to $0.054496, according to data on blockchain and cryptocurrency website Coindesk.

Musk first tweeted “Doge” after a picture of a rocket going to the moon. He then tweeted “Dogecoin is the people’s crypto.”

The Tesla chief also posted an edited image of himself with the Shiba Inu dog at the centre of the doge meme, also the logo for the cryptocurrency.

Musk, who has 45.2 million followers on Twitter, has been highly engaged in the recent retail trading frenzy, tweeting about specific companies and cryptocurrencies and helping send their prices soaring.

Shares in GameStop, Etsy and CD Projekt have jumped following comments about them on his Twitter account. Some of these stocks had been heavily shorted.

“I am become meme, Destroyer of shorts,” Musk tweeted.

Last Friday he added “#bitcoin” to his Twitter bio, sending the largest cryptocurrency flying. He has since taken the tag off.

Dogecoin was created largely as a satirical critique of the 2013 crypto frenzy, but can still be bought and sold on digital currency exchanges.

It regularly makes a comeback during viral crypto rallies, with individuals promoting it on social media. Last week it soared after Carole Baskin, one of the stars of Netflix’s “Tiger King,” talked about it in a video online.

Meanwhile, cryptocurrency ethereum is also on a record-setting spree as investors buy it before the launch of ethereum futures on the Chicago Mercantile Exchange next week.

Cryptocurrencies are gaining traction with more mainstream investors, with the total market value of all cryptocurrencies reaching more than $1 trillion for the first time earlier in January.

Next Post : Would Biden’s $1,400 stimulus cheques boost the US economy? | Business and Economy News »