FedEx delivery trucks to be all EVs by 2040 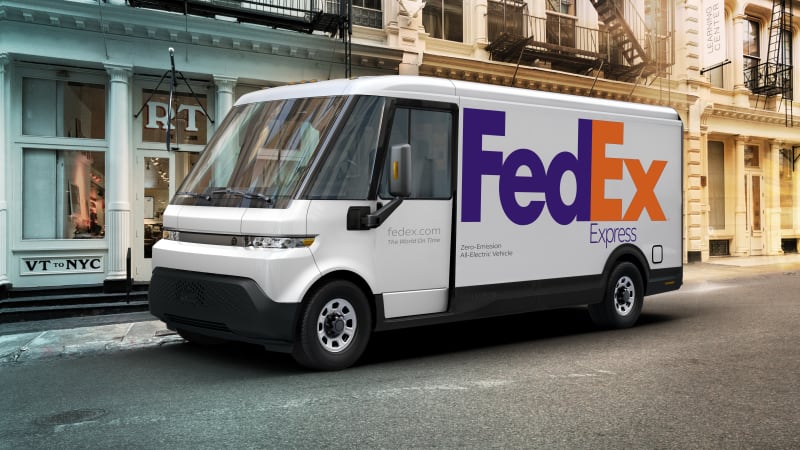 FedEx has announced that its fleet of pickup and delivery trucks will be all-EV by 2040. The move to an all-electric fleet is part of the package-delivery company’s goal to be carbon-neutral by 2040.

By 2025, half of new FedEx truck purchases will be EVs, rising to 100% by 2030. So far, the company has signed on as a buyer for GM’s BrightDrop EV600 commercial van (pictured). The EV600, which GM announced in January, will have a 250-mile range and 600 cubic feet of cargo capacity, and FedEx is set to receive its first EV600s before the end of the year. Presumably, though, FedEx will need to expand its range of battery-electric trucks beyond just the GM offering, perhaps to Ford’s E-Transit van, the Mercedes eSprinter, the VW I.D. Buzz Cargo, or a startup like the Bolinger Motors Deliver-E.

FedEx operates a fleet of some 200,000 pickup and delivery trucks. The company says it will spend $2 billion to achieve its goal of carbon-neutrality, which in addition to an electrified truck fleet will also involve reducing the fuel demand for its planes.

“The long-term health of our industry is directly linked to the health of the planet, but this effort is about more than the bottom line — it’s the right thing to do,” said Mitch Jackson, chief sustainability officer in a statement.

Next Post : US, EU to suspend tariffs in Boeing-Airbus dispute | Aviation News »