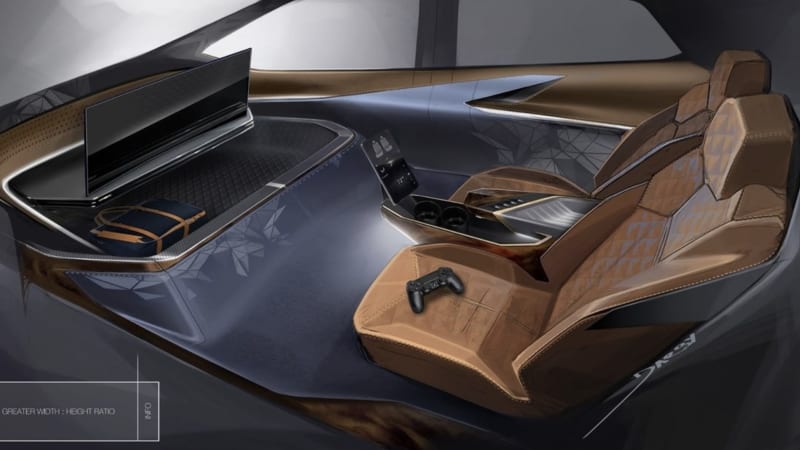 Autonomous technology will sooner or later open a new chapter in interior design. When that happens, whether it’s in a couple of years or in a few decades, General Motors predicts that travelers will be able to game on-the-go.

General Motors Design published a sketch on its official Instagram account that shows what a car’s cabin could look like when designers no longer need to package it around a steering wheel and pedals. Instead of a dashboard as we know it, the nameless concept receives a spacious parcel shelf positioned directly below a wide screen that’s low enough for the occupants to look over. There’s also a portrait-oriented touchscreen mounted between the two seats.

Chevrolet designer Darby Jean Barber penned the design. It’s a layout that lets one of the passengers play a video game while the other looks out at the scenery or read a book. Of course, it’s not too far-fetched to speculate the screen might be split vertically, allowing one occupant to blast alien spaceships into smithereens while the other watches a romantic comedy, possibly using an in-car video streaming platform like Amazon Fire TV for Auto.

We’re not there yet. In-car gaming is slowly spreading across the industry, some of it is virtual reality-based and very cool, but the software is only enabled when it’s being used by the rear-seat occupants, or when the transmission is in park. You won’t be able to play Mario Kart from the driver’s seat while cruising at 75 mph for quite some time.

Next Post : Hajj, travel abroad ‘will not be possible without coronavirus vaccination’: official »