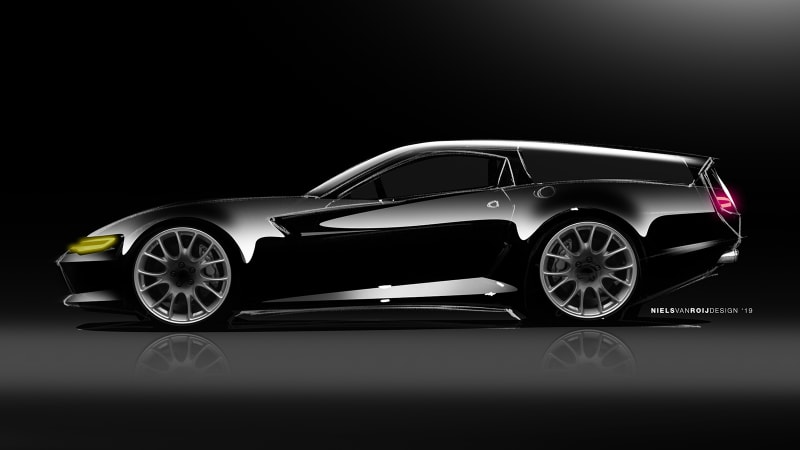 Having just completed its Ferrari Breadvan Homage, Niels van Roji Design is preparing yet another custom shooting brake inspired by a classic Ferrari. This new one-off will be a tribute to another custom coachbuilt car, a Ferrari 365 GTB/4 Shooting Brake built in the 1970s.

That original car, shown in the video below, was created by British coachbuilder Panther Westwinds, and was an extensive redesign of the Daytona coupe. Not only did it get a wagon tail, but it had wild gull-wing glass openings to access luggage, a fully revamped interior, and a tweaked nose with some unusual hideaway headlights.

The Niels van Roji car, based on the renderings, appears to take all the key design cues and apply them to a more modern Ferrari, as was the case with the Breadvan. While they don’t explicitly say it, the renderings, V12 engine and production dates starting in 2006 seem to indicate the base car will be a Ferrari 599 GTB Fiorano. The front will be redesigned to feature low, wide headlights connected by a bright stripe to emulate the old Daytona’s signature look. A large rear hatch will be added with big windows including a distinctive glass rear fascia for rear visibility and to house the custom taillights. Those large rear windows will also open up like they did on the original.

We’re excited to see how this car develops, as the renderings look promising, and the company’s past shooting brakes have always been impressive. No reveal date has been set, but Niels van Roji Design will share updates on its Twitter, Instagram and Facebook accounts.