Nissan introduced the compact pickup to the U.S. in 1959

With the introduction of the 2022 Nissan Frontier, we’re getting the truck’s first comprehensive overhaul in a decade and a half. This midsize pickup has a not-so-midsize history here in America, and it’s one we thought we’d explore a bit in the wake of the new truck’s unveiling.

To simply say that the small Nissan pickup’s history in the United States predates the company’s use of the name “Nissan” is, frankly, understating it. Nissan’s small pickup isn’t just noteworthy for its longevity; it was the first true compact pickup sold in the United States, starting with the 220 chassis in 1959 — 62 years ago — but the generation that really put it on the map was the 520 chassis, which was introduced in the mid-1960s. 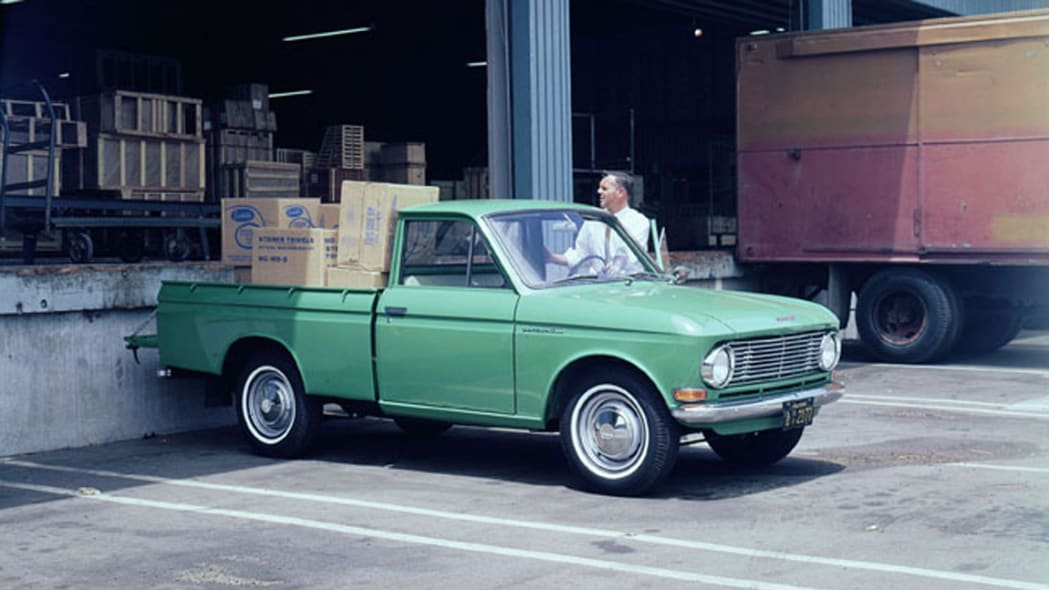 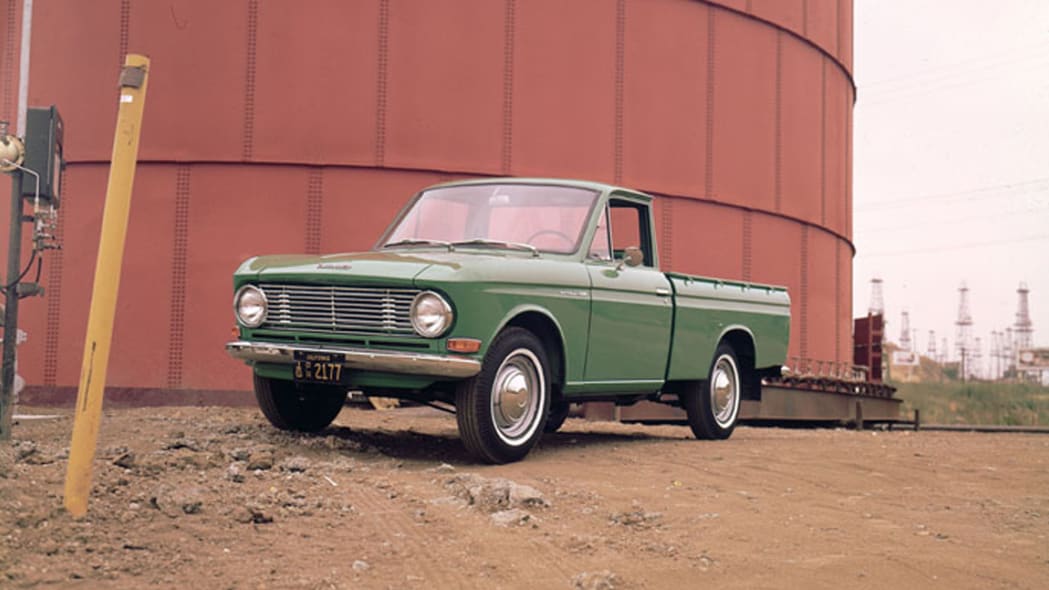 Fascinatingly, this should have been the 420 chassis, but the Nissan mothership decided to skip that designation. Yeah, something referencing 420 in the 1960s might seem amusing to us now, but believe it or not, Nissan’s hang-up was linguistic, not social, as the phrase for the number “420” sounds similar to a Japanese term that loosely translates to something along the lines of “discourtesy.” But for that quirk of Japanese phonetics and a mid-cycle update, we might have gotten a 1969 Datsun 420. Elon would have been proud; Nissan executives, not so much. The 1969 Datsun pickup was also the first compact truck sold in the United States with a half-ton payload rating; there’s probably another joke in there too. 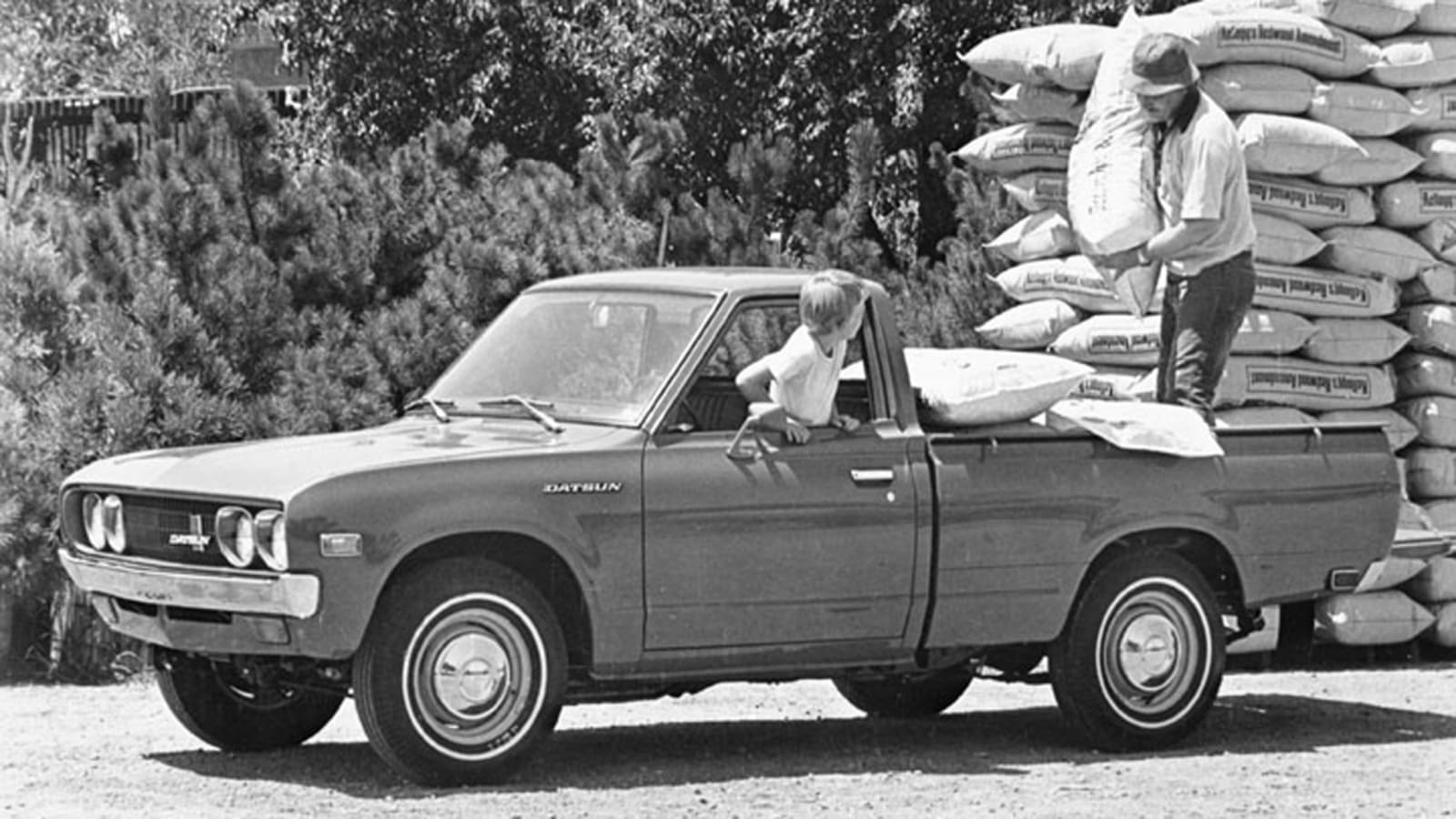 The 620 chassis brought more improvements and firsts for the Datsun, including the first long-bed compact truck and the first King Cab body for the Nissan/Datsun lineup. It also looked incredibly cool. Your author’s father drove one similar to the one pictured above — a 1976. No, that isn’t us. 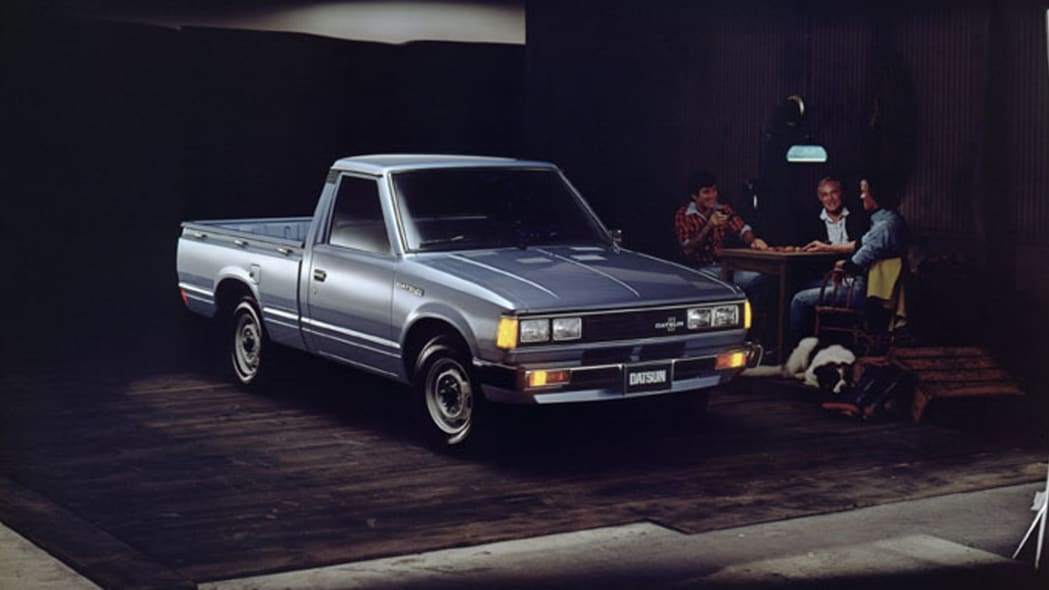 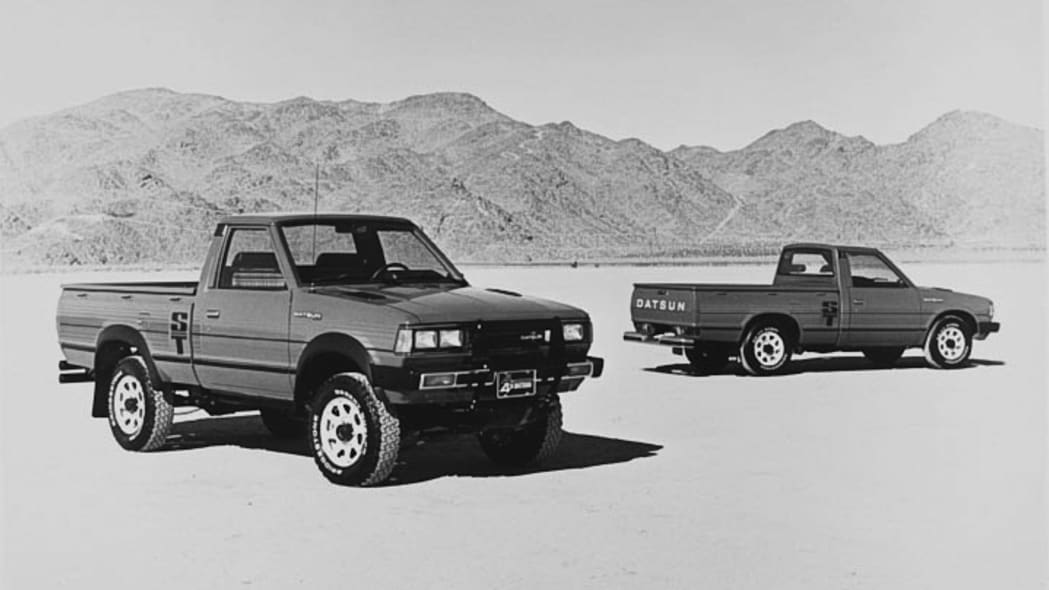 In the 1980s, the iconic boxy Nissan pickup started to emerge. While the Hardbody didn’t arrive until later in the decade, even the earlier models started to pick up some of the cues we’d come to associate with later examples of the pickup. In 1983, Nissan became the first importer to build a truck in the United States. It was still the 720; the D21 didn’t go into production until 1985. 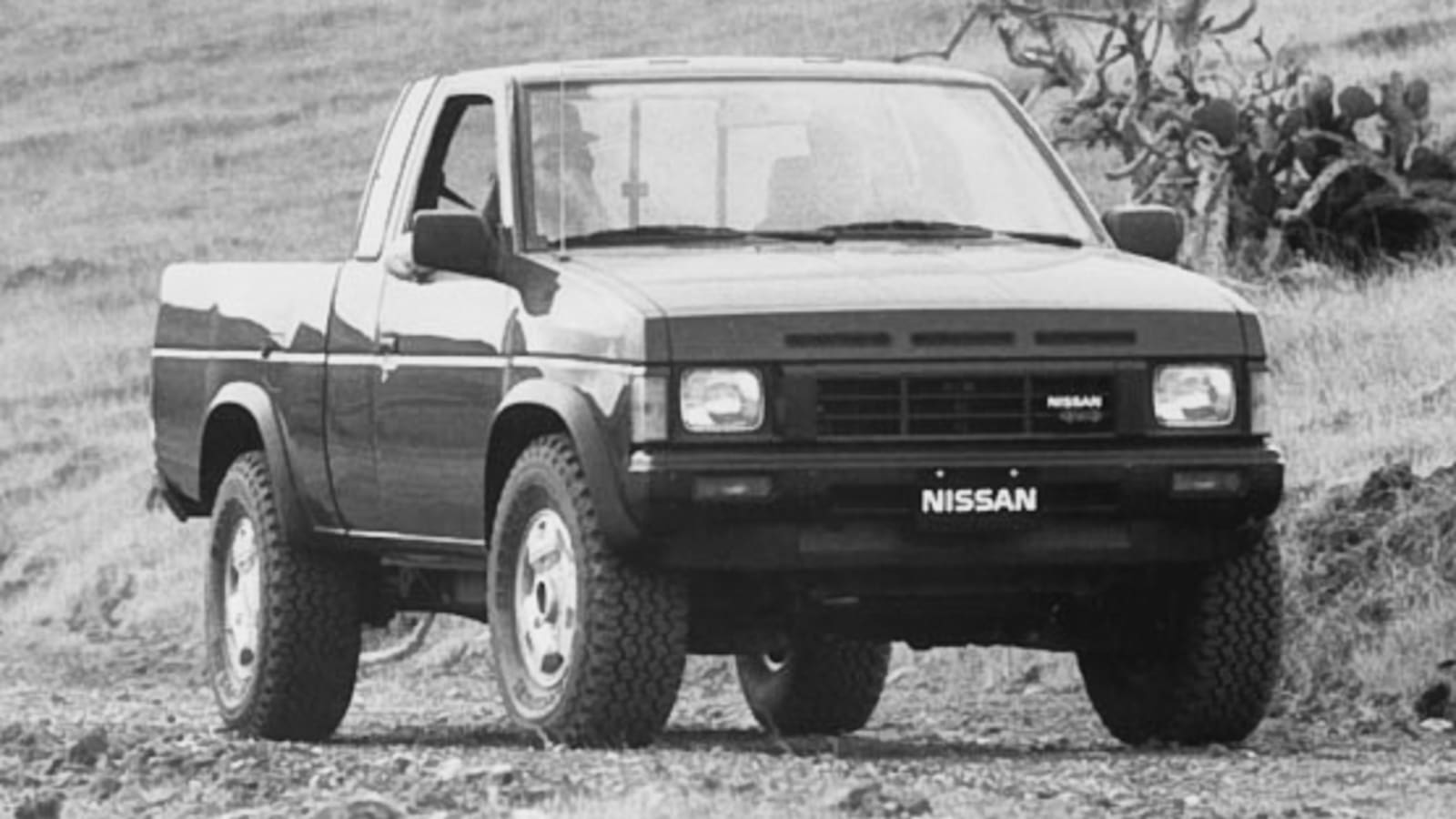 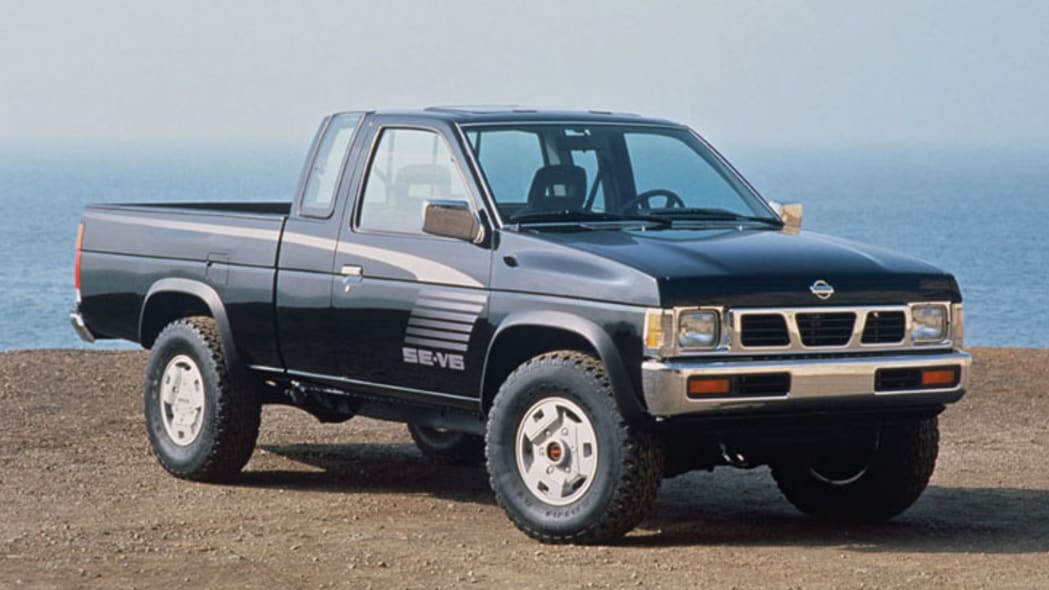 And here it is, the D21 Nissan Hardbody pickup, kicking off a decade-long run that burnished the compact Datsun pickup’s reputation as a durable, go-anywhere companion that was just as rugged as any 4×4 being hocked by the domestics (or other importers, for that matter). The Hardbody platform ran more than a decade, with its replacement coming in 1997. 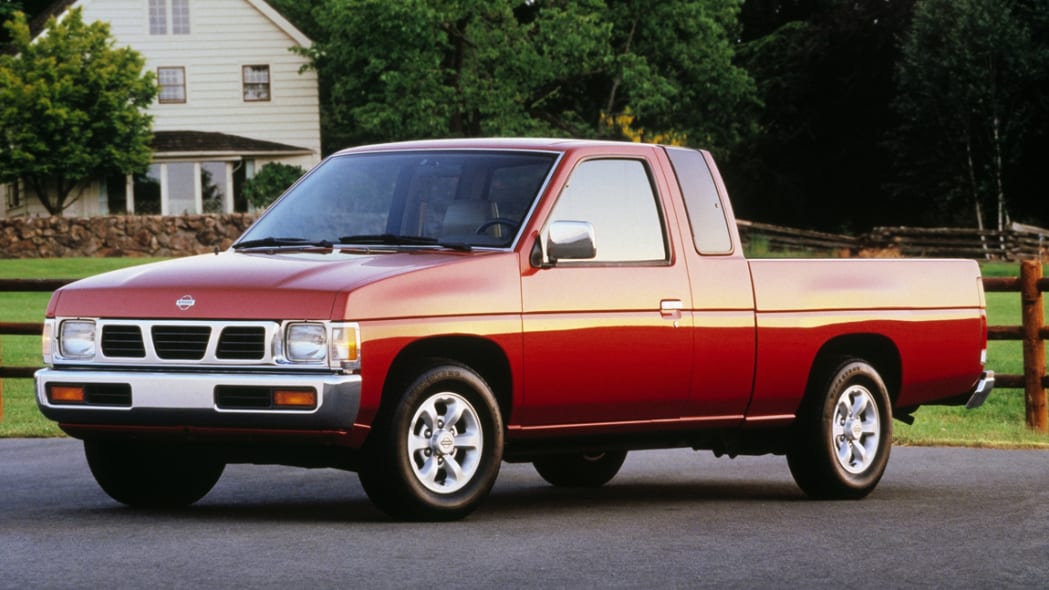 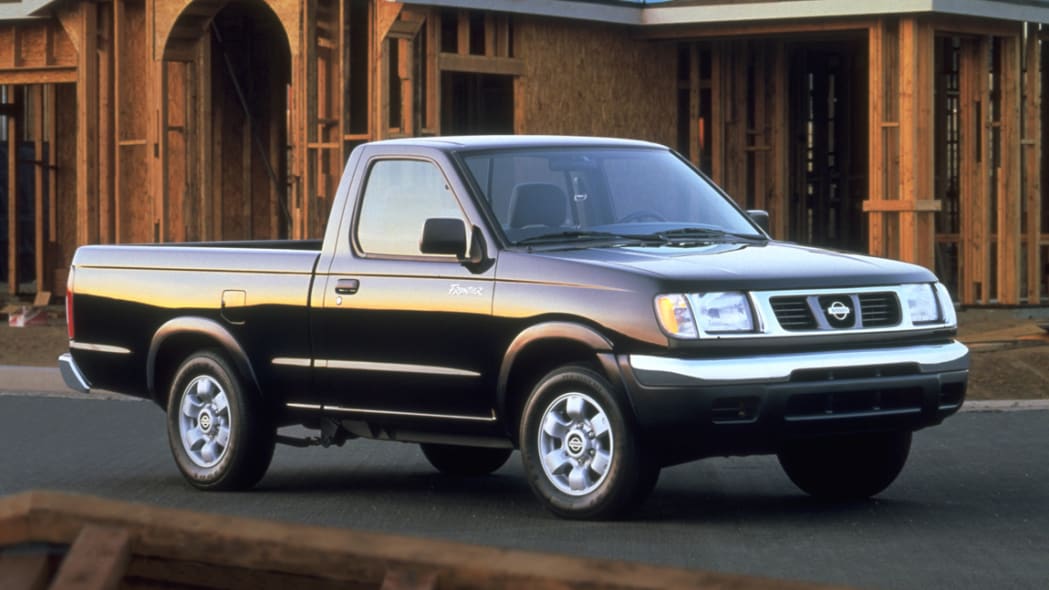 The 1997-1998 model year changeover seems subtle when each is viewed separately, but when placed side-by-side, there’s more obvious distinction between their exteriors. Now firmly a Nissan, the new pickup got a formal name to boot — Frontier. This generation smoothed out some of the Hardbody’s rough edges (both aesthetically and metaphorically), for better or for worse. It was still a dependable workhorse, but it’s easy to see how some of its enthusiast appeal faded in the latter half of the 1990s. 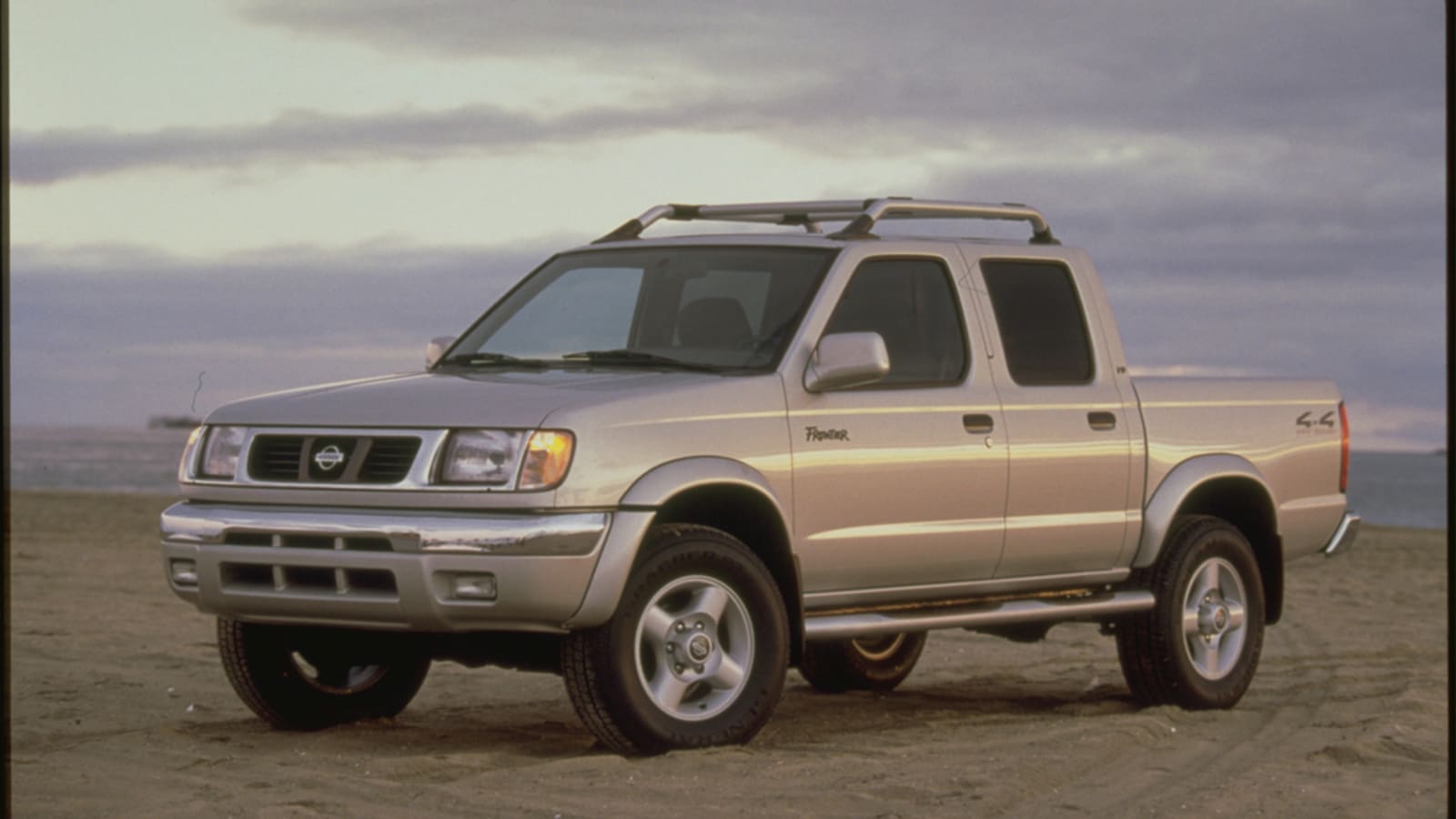 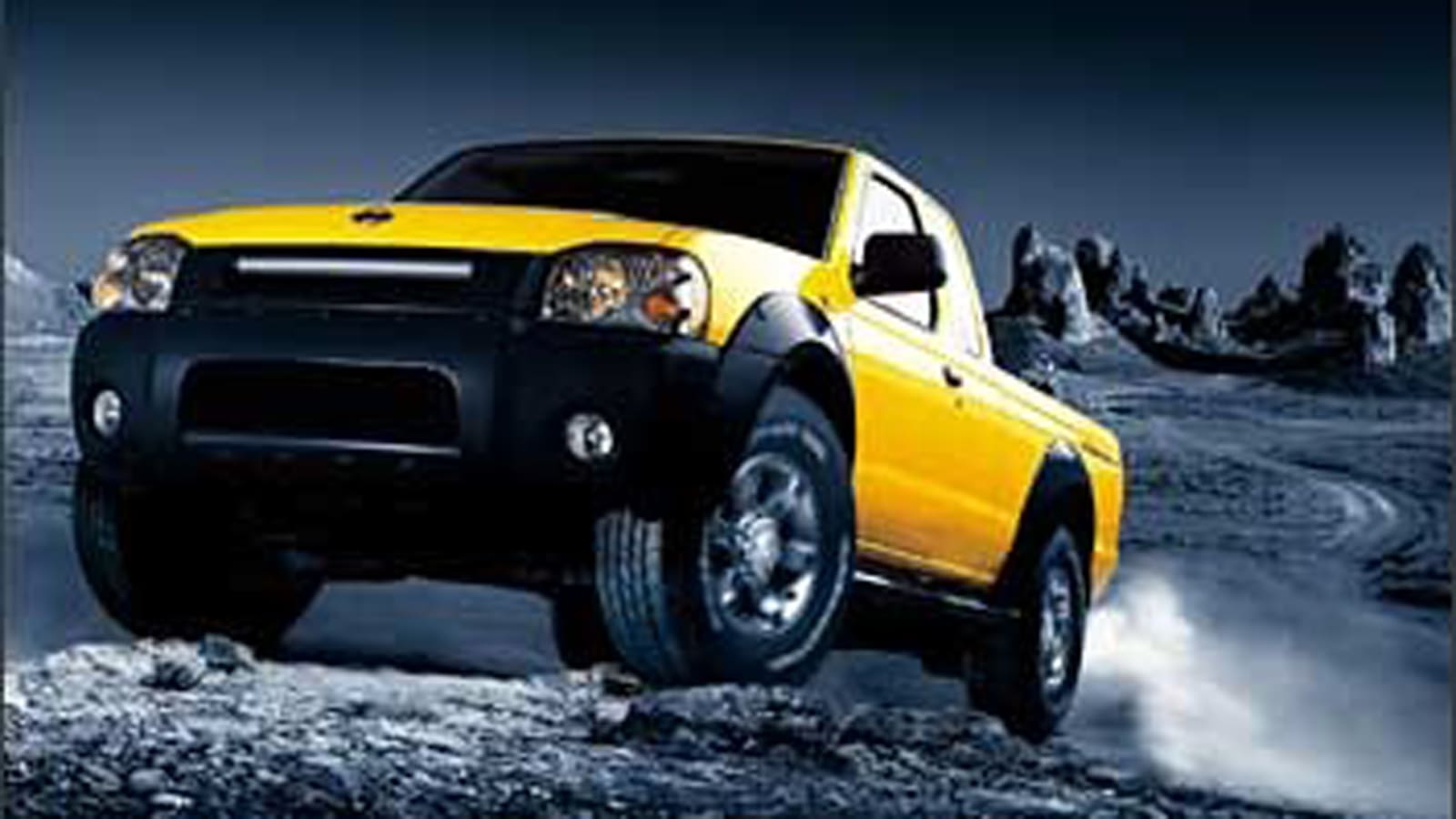 A much-needed styling update arrived for 2001 (the yellow truck), but we’re not so sure that was a good thing. You can see the difference here. Chunkier bumpers, fenders and wheel/tire combos brought some of its attitude back, but yet another redesign was around the corner. 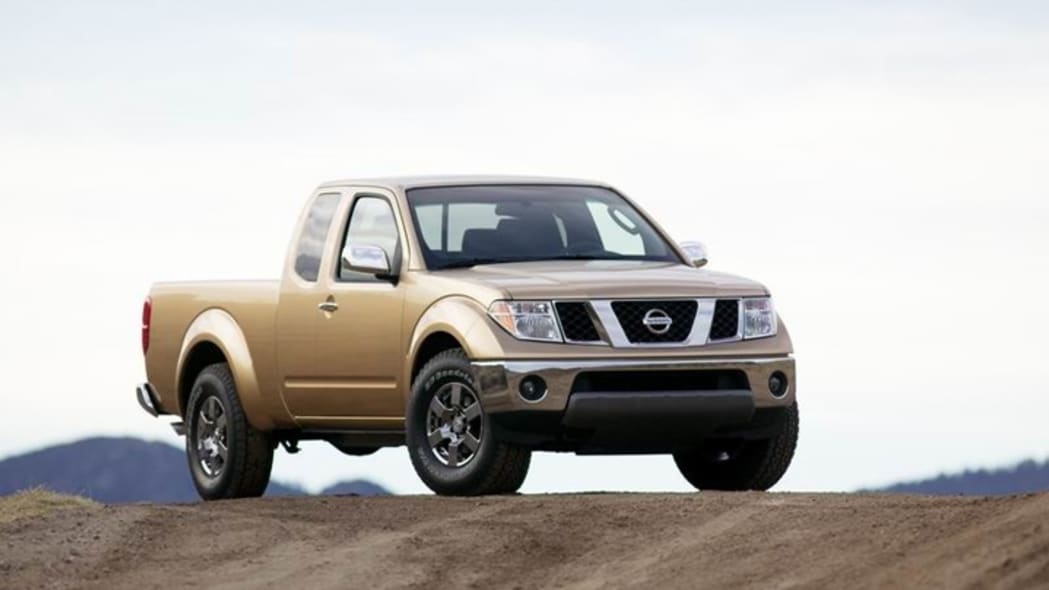 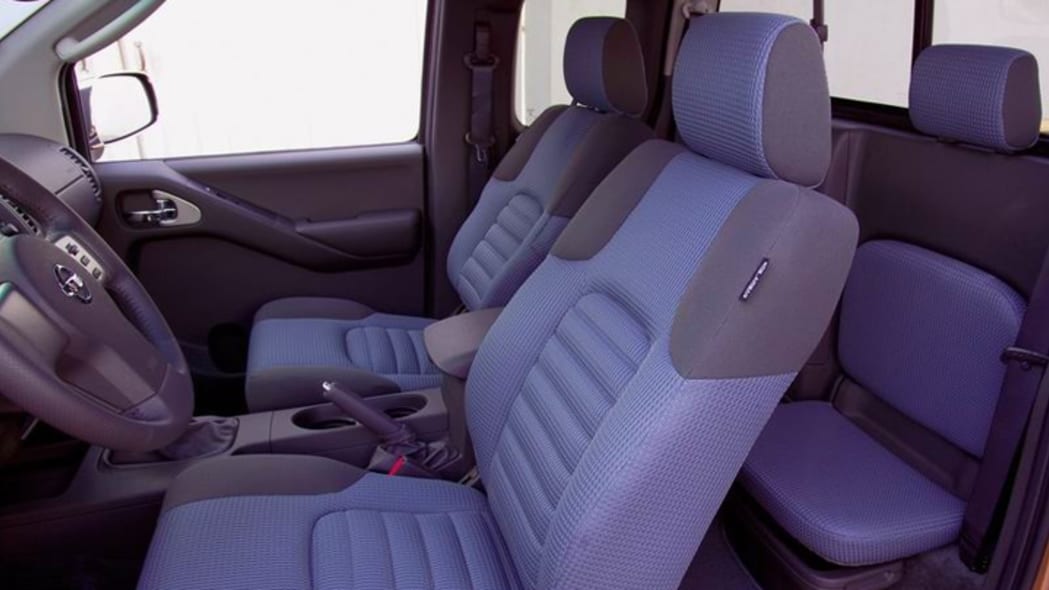 The 2005 model year marked the introduction of the second-generation Frontier, which got beefier and more capable, but ceased to be a true compact. Now a midsize truck, it got a bigger V6 (and an accompanying boost to towing and payload) and seemed poised to take on the surging Toyota Tacoma and revitalized small-truck nameplates from General Motors. But then, something weird happened … 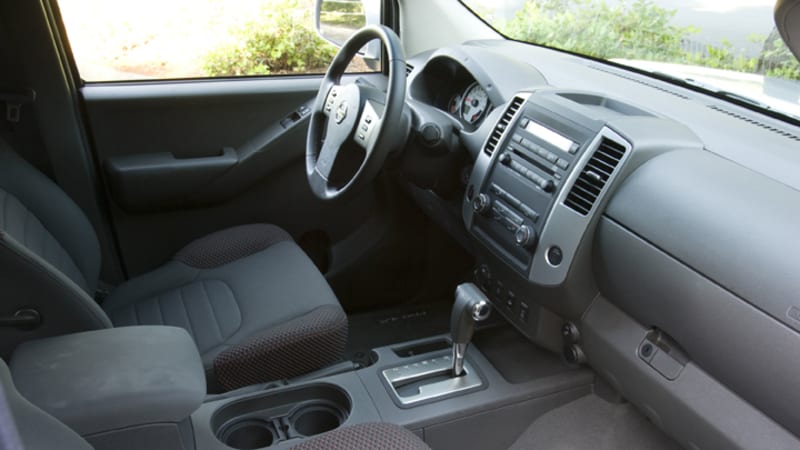 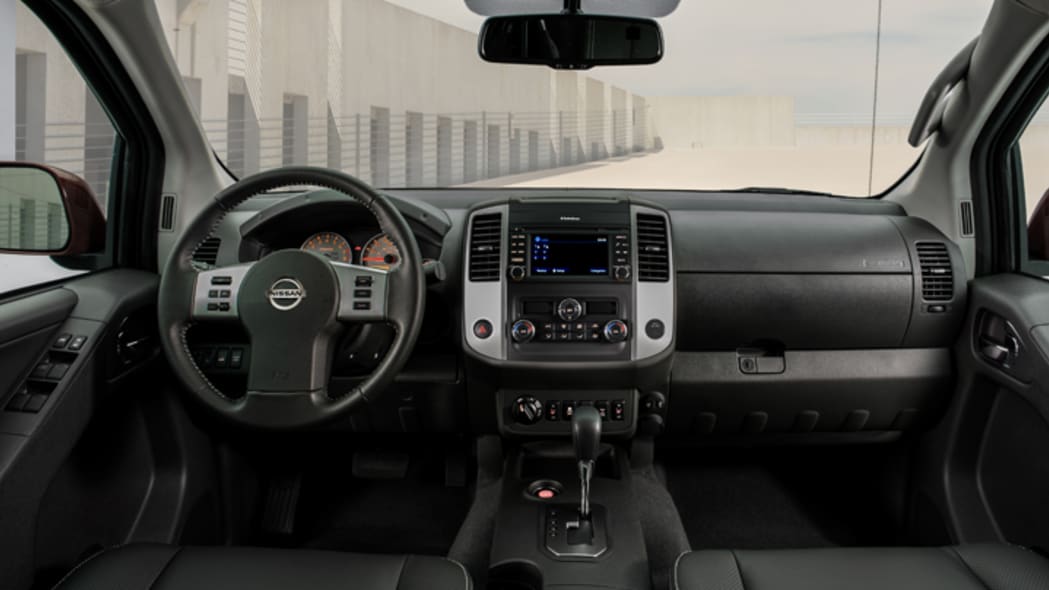 Nissan just kind of … stopped. To this point, the longest-running small Nissan Pickup was the Hardbody (1985-1997). The second-generation Frontier completely wiped that record off the map, as refresh after refresh came along, culminating with a 2020 update that foreshadowed 2022’s overhaul. Nissan brought over the new truck’s powertrain, leaving just about everything else as it had been for 15 years, including the interior, as you can see above. These are shots of a 2010 and 2020, but you could substitute “2005” for the former and there’d be virtually no difference.

The unveiling of the 2022 model marks an end to this one-and-a-half decade run, but with an asterisk. The underlying platform remains fundamentally the same for the new Frontier, so while the interior, body and powertrain are new, the Frontier’s bones are the same. Fortunately, they’re good ones, but we can’t help but wonder what we’ll be saying about this introduction in another 10 or 15 years. Will this generation stand the test of time as previous iterations have?