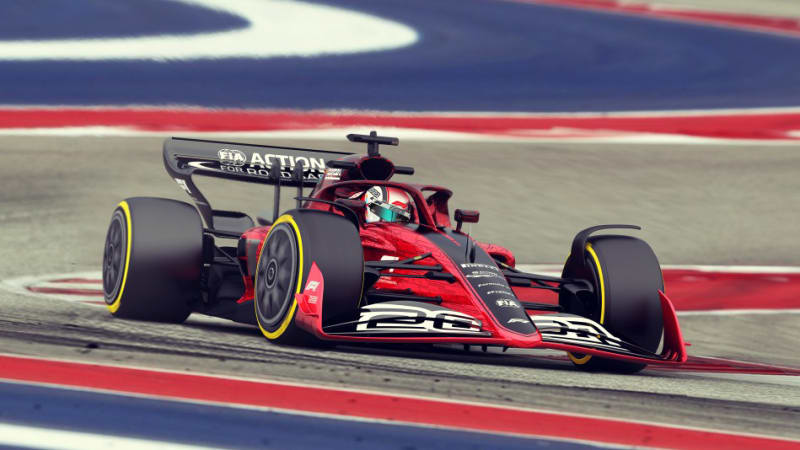 The fact that Porsche might consider entering Formula 1 would obviously be of great interest among racing fans and fans of the marque. The Stuttgart company has reportedly been in talks with F1 officials about new engine rules. However, Porsche appears to be telling them that their entrance would be contingent on the racing series going greener — specifically, with synthetic fuels.

Porsche’s been talking up synthetic fuels, also known as eFuels, a lot lately. Last week, the company said it believes using eFuel to power an ICE car can reduce emissions by 85 percent and be as clean as a battery-electric vehicle when wheel-to-well lifecycles are taken into account.

Now, according to the BBC, Porsche appears to be dangling the carrot of its participation to push F1 into adopting eFuels. In a statement to BBC Sport, vice-president of Porsche Motorsports Fritz Enzinger said regarding F1’s 2025 engine rules, “It would be of great interest if aspects of sustainability — for instance, the implementation of e-fuels — play a role in this.”

For its part, Formula 1 has committed to going carbon neutral by 2030. Biofuels will play a key part in that effort, and last December the FIA delivered the first barrels to engine manufacturers for testing. However, these are not the same eFuels that Porsche is pushing for.

The current fuel is what F1’s chief technical officer Pat Symonds described in 2019 as a second-generation biofuel — developed from agricultural, forestry, or household waste (first-generation is made from crops specifically grown to be turned in to fuel, which has its own environmental drawbacks).

The eFuel Porsche is talking about is what Symonds would call a third-generation fuel, which is completely human-made and does not contain unwanted elements, as fossil fuels do, that get turned into polluting particulate in the combustion process. They also have the huge benefit — to owners of classic cars, at least — of being able to power existing ICEs without any modification.

Porsche’s not saying the adoption of eFuels would guarantee its F1 participation, either. “Should these aspects be confirmed, we will evaluate them in detail within the VW Group and discuss further steps,” Enzinger told the BBC.

While Porsche is not the inventor of eFuel, it’s the car company most vocal about it right now. Volkswagen Group teammate Audi has also expressed interest, and in early February Mazda quietly became the first carmaker to join Europe’s eFuel Alliance.

To be clear, Porsche isn’t saying eFuels will eliminate the need for electrification. It’s simply a alternative to keep ICE cars on the road that’s cleaner than what we have right now. It will also prove useful in sectors like aviation, where batteries aren’t effective power sources due to their considerable weight.

Of course, companies like Porsche and Mazda also have a vested interest in keeping their brand legacy, which is based on classic ICE cars, alive even as they pursue electrification. It seems like further research to the efficacy of eFuels is a worthwhile pursuit, and we can think of no better laboratory than the crucible of racing.

Next Post : Canada vowed to protect its Indigenous women. But they are still being blamed for their own deaths »