Singer removes ACS car from its website after Porsche objections 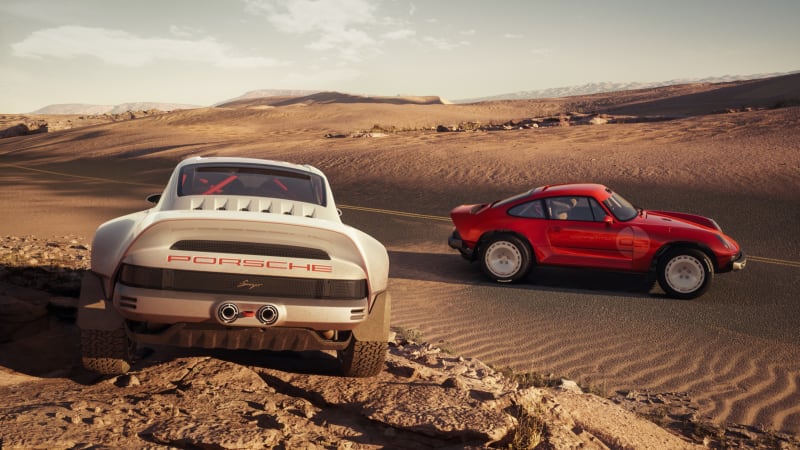 The fanfare surrounding Singer Design’s All-terrain Competition Study revealed earlier this year was inescapable, but if you look at the company’s website and Facebook page now, you’ll see no trace of it. The car has reportedly been pulled due to Porsche’s objections, likely in reference to its heavy “Porsche” branding.

According to Carscoops, Porsche’s legal department asked Singer to remove the car from its promotional outlets until the issue is resolved. “We are glad to have a growing community of Porsche enthusiasts. They help us to ensure that so many Porsche cars originally built decades ago remain on the road and are still being enjoyed,” Porsche told Carscoops. “At the same time, we have a responsibility to our customers to ensure that Porsche products – designed and engineered by us – can be clearly and easily identified.”

In some images released by Singer, the ACS featured the word “Porsche” written across its rear in either the traditional wide Porsche font or something close to it. One of the cars had the word “Porsche” molded into the door sill. Porsche believes that this may lead some people to confuse the Singer with an actual Porsche product, it seems.

“[Porsche products] can range from an individual component or piece of clothing using our name through to whole cars. We do this by allowing only products created or directly licensed by us to carry the Porsche name,” the statement to Carscoops continued.

While Singer’s cars ostensibly look like Porsches and feature heavily styling and graphic elements found on Porsches, they are not actual Porsches. However, past Singer designs like the lightweight DLS have featured the word “Porsche” prominently, and they’ve asked to be described as “Porsches reimagined by Singer” as they were essentially resto-modded vehicles. This is different than, say, RUF, who qualifies as an OEM in Germany and issues their own VINs.

It’s not clear what made the ACS a different story. Perhaps it was so drastically different it was no longer considered a resto-mod. Depending on how this latest development plays out, it may affect how Porsche branding appears on future cars made by Singer and companies like it.