The Infiniti G35 hit the American market for the 2003 model year, and to say the V6-powered, rear-wheel-drive sedan was a major departure from the previous G20, a front-driver powered by a four-cylinder, is an understatement. The sport sedan finally launched Nissan’s premium division squarely into competition with well-established luxury brands.

The G series was available in both coupe and sedan styles, but for the purpose of this article we’re focusing in on the four-door, specifically the 2005 and 2006 models. There was a nice styling refresh in ’05 and the engine got a bump in power. G35 sedans with manual transmissions offer 298 horsepower while the automatics have 280 ponies. More power is never a bad thing, especially when it doesn’t negatively impact efficiency.

Why the Infiniti G35?

There’s a lot to like about the 2005 and 2006 Infiniti G35 sedan, enough so that the G35 won Motor Trend’s Car of the Year in 2003. The car was known as the Nissan Skyline in its home market of Japan, a legendary name that we’d prefer over the letters-and-numbers moniker we got in the States. Regardless, the automaker’s FM platform was stiff and sporty, the VQ engines were punchy and gutsy, and the styling was attractive and stood out against Infiniti’s sport sedan competitors. The G was also roomier inside than the German sedans it competed against. 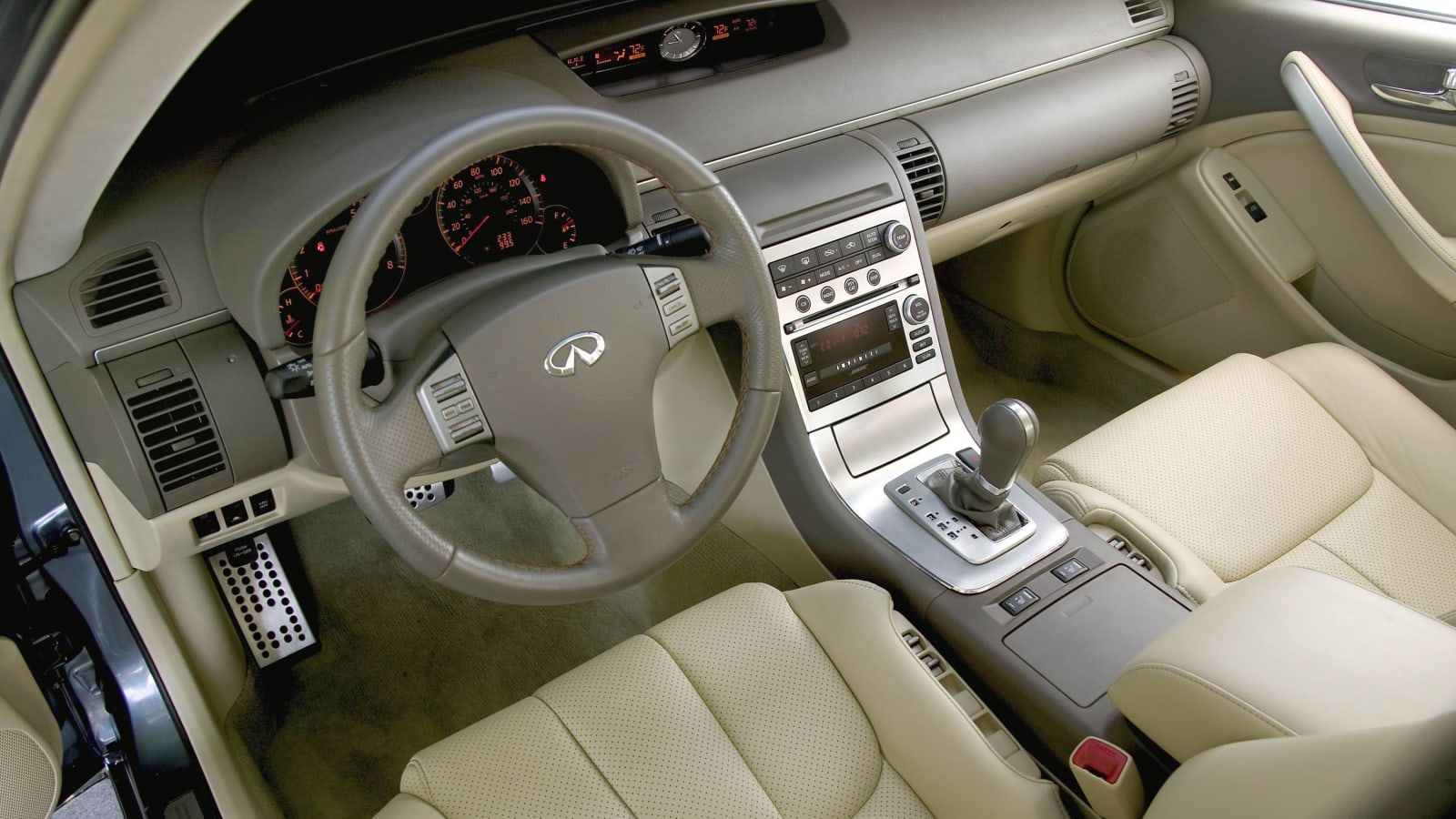 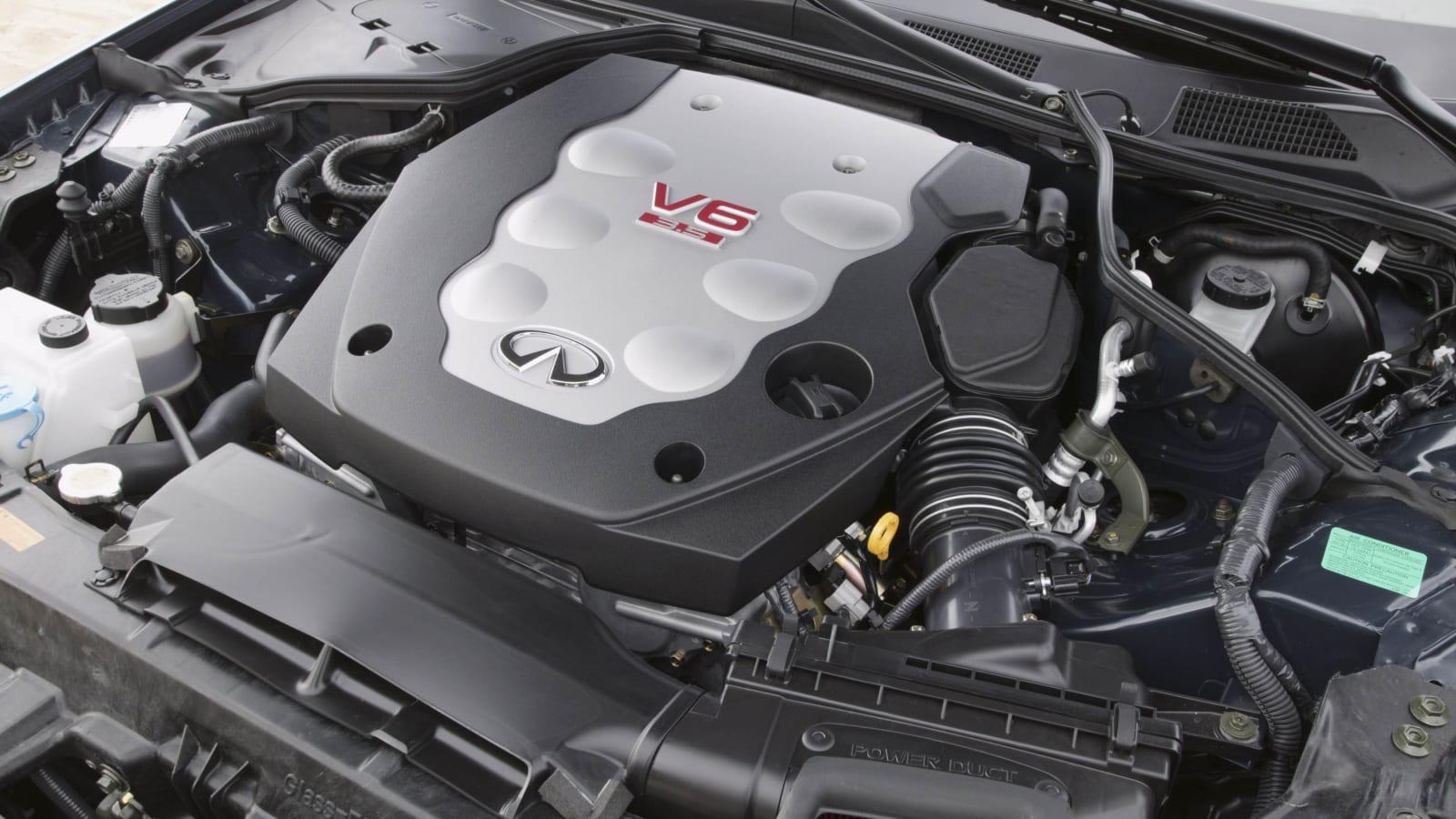 The G35 was offered with a manual or automatic transmission and boasted standard rear-wheel drive with optional all-wheel drive. There were various sport packages that added aerodynamic improvements, retuned suspension bits, bigger wheels with stickier tires and upgraded brakes. All those pieces may be bonuses on the used market, depending on what kind of vehicle a buyer is looking for.

Reliability is one good reason to consider an Infiniti G35. The Long-Term Quality Index study found at dashboard-light.com indicates that the G series has been at least Above Average in reliability since the 2003 model year and well ahead of the segment benchmark BMW 3 Series.

Which Infiniti G35 to choose?

If we were buying, we’d cast a wide net and be willing to drive a fair bit to find the right G35 sedan. We’d opt for the six-speed manual, which, at 17 miles per gallon in the city, 24 on the highway and 20 combined, was 1 mpg better than the automatic across the board. More fun and more efficient, then.

If you’re not into rowing your own gears, the automatic is a fine transmission, and all-wheel-drive G35X models weren’t offered with a stick.

Past the transmission choice, we’d just look for a color combination we like and keep an eye out for desirable options.

Fortunately, the Infiniti G35 was pretty popular when new. And the fact that it has proven to be generally durable means there are plenty of used listings for cars that appear to be in good shape.

While the appropriate price for any particular used vehicle is often difficult to precisely pin down, at the time that this was published (March of 2021) Kelley Blue Book suggests that a 2005 G35 sedan in better-than-average condition should be worth around $5,400. A particularly desirable model may be listed a bit higher than that, but KBB’s respected figures can be helpful when negotiating.

Our used vehicle listings can be helpful to find a good deal near you. Narrow the offerings down by a radius around your ZIP code, and pay attention to the deal rating on each listing to see how a vehicle compares with others in a similar area. 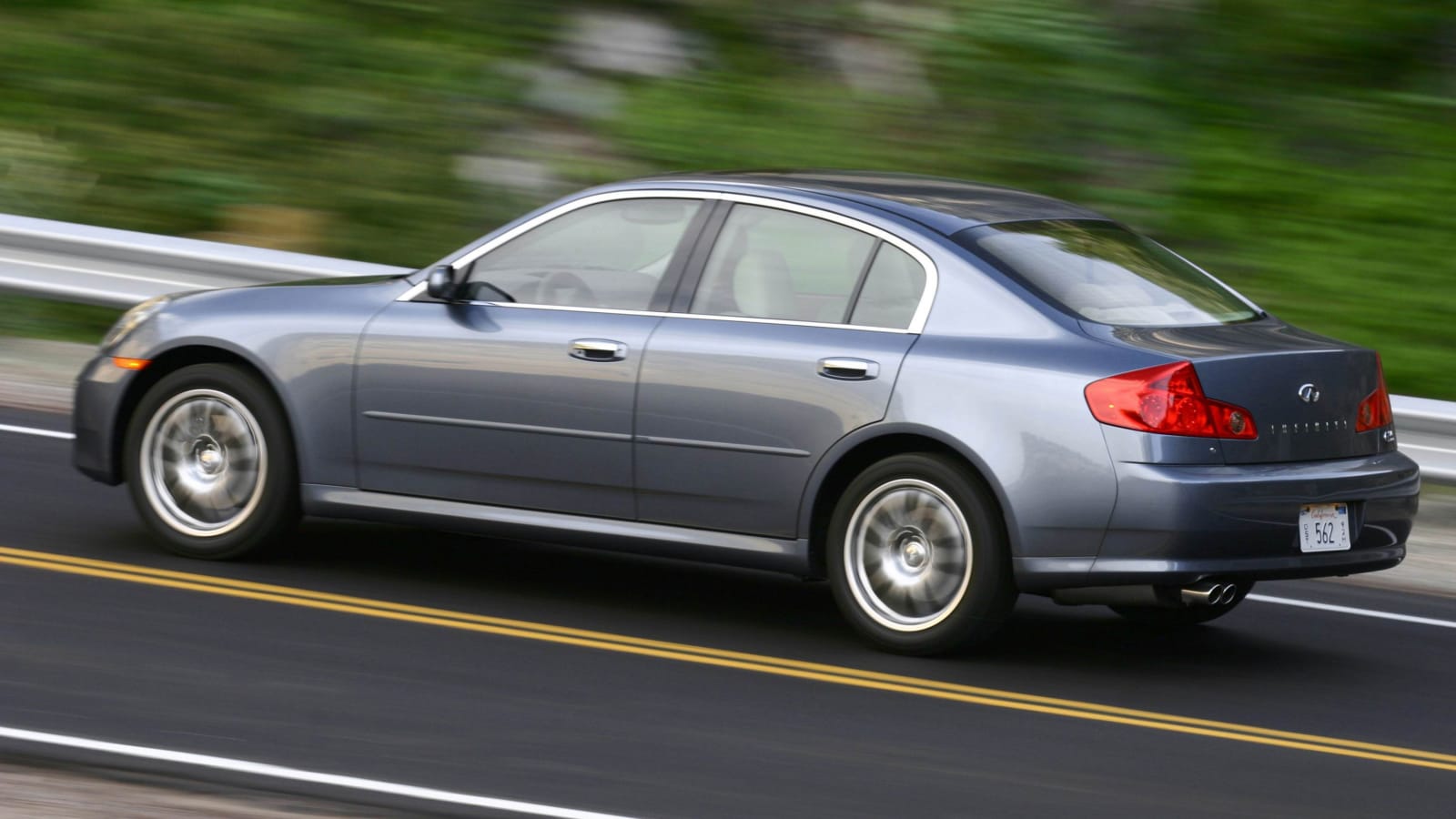 What else to consider

Infiniti lined the G series up against segment heavyweights as the Audi A4 and Mercedes-Benz C-Class, and most important, the segment-defining BMW 3 Series. The 2005 BMW 330i offered a silky smooth inline-six that spun out 225 horsepower; it was the last year for the much-loved E46 style. For 2006, the BMW 3 Series was all new, and the 330i’s power was bumped to 255 horsepower.

While the BMW 3 Series of this era is rightly considered the best bet for sheer driving enjoyment, there are some solid reasons to choose a G35 over the Audi, BMW or Mercedes competition. The G is roomier inside and errs on the speedy side of the driving dynamics coin. As we mentioned earlier, the G series has proven reliable, and when repairs are necessary, getting work done on the Infiniti may well be less expensive than the European brands.

Next Post : How the 2011 tsunami destroyed Japan’s trust in nuclear power | Environment News »