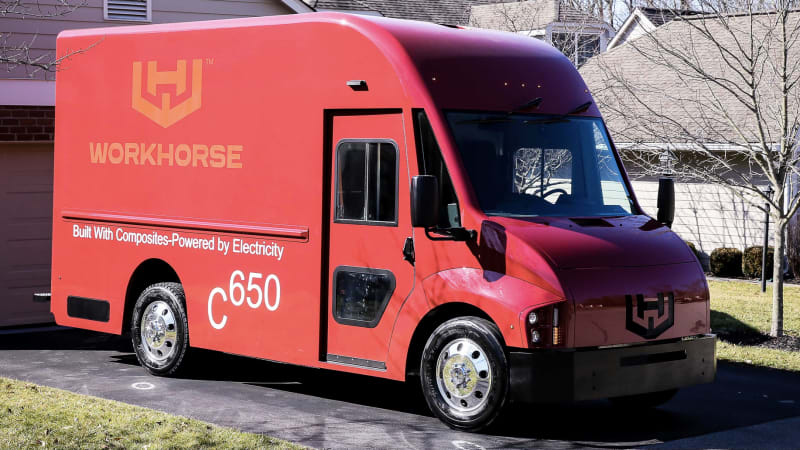 Workhorse Group rose as a House panel made plans to examine the U.S. Postal Service’s awarding of a blockbuster truck-building contract to Oshkosh Corp. and another lawmaker raised questions about stock trades just prior to the contract announcement.

Workhorse’s bid to replace delivery trucks for the Postal Service with an all-electric fleet had been viewed as the favorite, especially after President Joe Biden ordered the government to utilize emissions-free vehicles. But Oshkosh won the bid last month with a fleet that will be mostly gasoline-powered.

The chairman of a key House government oversight panel says he wants his panel to look at the Postal Service’s decision.

“So, you want to replace the second largest fleet in America with fossil-fuel-based vehicles?” said House Subcommittee on Government Relations Chairman Gerry Connolly of Virginia. “If you project from now until 25 years from now, you’ll be the only gas-powered or diesel powered vehicle on the road.”

Connolly spoke on a day of swift developments regarding the contract, including questions being raised about a $54.2 million late-day block trade in Oshkosh on the eve of the contract award and calls for legislation to stop the award from going forward.

Meanwhile, legislation being introduced by Rep. Jared Huffman, a California Democrat, would require at least 75% of vehicles being procured by the post office to replace its existing gas-guzzling fleet be electric or zero emissions, according to a bill summary. The funding would need additional approval by congressional appropriators.

Another Democrat, Marcy Kaptur, plans a bill asking the Postal Service to halt the Oshkosh contract until an investigation into potential political influence and whether it’s consistent with a White House executive order on electrifying the federal vehicle fleet, according to her spokesman, Griffin Anderson.

The Postal Service on Feb. 23 awarded Oshkosh, a Wisconsin-based maker of military trucks, a 10-year contract for as many as 165,000 vehicles worth as much as $6 billion. Workhorse is considering challenging the award.

Ohio Representative Tim Ryan on Friday raised questions about a 524,400-share Oshkosh trade, which came in after-hours trading on Feb. 22 ahead of the company’s surprise win of the postal truck contract. The size of that trade was almost as much as average daily volume in the stock in the prior year, according to data compiled by Bloomberg.

Ryan’s demands for an investigation added fuel to Workhorse’s longshot bid to overturn its loss to Oshkosh, which surged as much as 16% on the day the Postal Service announced the contract award.

The holdings would be worth $59 million at Oshkosh’s closing price Monday, or roughly $5 million above the purchase price. The parties involved in the trade couldn’t be determined.

“It definitely stinks and needs to be looked into at the highest levels,” Ryan, an Ohio Democrat who is fighting the award to Oshkosh, said in an interview. “If that is not suspicious, I don’t know what is. Somebody clearly knew something.”

Workhorse has a 10% stake in Lordstown Motors, which is in Ryan’s district.

Ryan said he will ask the Securities and Exchange Commission to investigate. Representatives of the agency declined to comment.

An Oshkosh representative didn’t respond to a voicemail and email seeking comment.

For more articles like this, please visit us at bloomberg.com