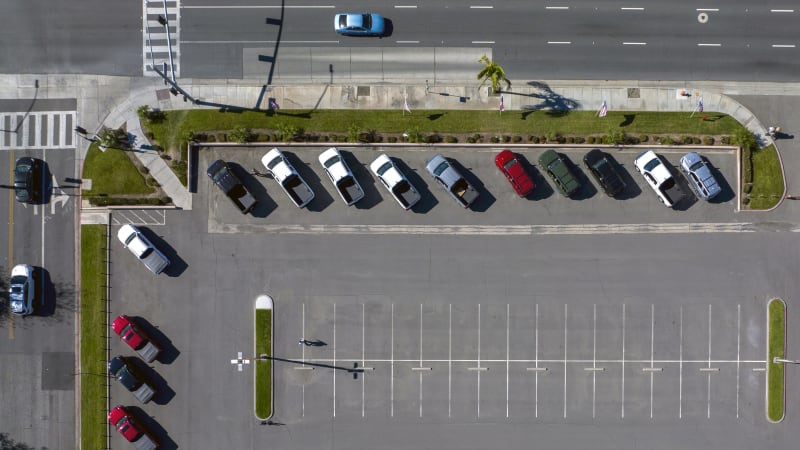 New cars populate the front row and obscure the street-level view of an otherwise empty new-car lot at Toyota of Orange in Orange, Calif., in November. (Getty Images)

In today’s installment of the U.S. inflation story — and how new and used vehicle prices are major factors driving it — we hear from the folks at vehicle valuator Kelley Blue Book, who note that new car prices had another modest increase in November to keep them in record territory. KBB reports that average new-car transaction prices are up more than 13% from November 2020.

People still need cars. Dealer inventories are low, due largely to the worldwide microchip shortage and other supply-chain issues (plus a growing realization on the part of both dealers and automakers that they can maintain smaller inventories going forward). So dealers have responded to that basic supply-and-demand situation in a predictable way, by holding prices at — or above — the manufacturer’s suggested retail price (MSRP).

But perhaps dealers are somewhat overplaying their hand? Sales were slow in November. The month saw the slowest sales volume of the year. Automakers moved 1,020,355 units in the U.S. in November, the weakest month since the depths of the pandemic lockdown in April 2020. The poor showing could partly be attributed to potential buyers who are holding out for a purchase during the holidays. However, there’s another likely reason.

“High prices and limited choices likely are keeping many car buyers on the sidelines,” said Cox Automotive analyst Kayla Reynolds. “It’s still a seller’s market, and we don’t expect things to change anytime soon. However, with high prices being the norm right now for both new and used vehicles, that means trade-in values are very favorable and can help soften the blow for consumers as they purchase their next vehicle.”

Luxury vehicles constituted a slightly higher slice of the market share, at 17.4% of sales, and with an average transaction price of $61,455 — and buyers paid an average of about $1,000 over MSRP.

One reason these numbers remain high: the continued slow death of sedans. A year ago, traditional passenger cars were a quarter of all sales. This November, their market share had slide further, to 21.7%. So, with pricey trucks and SUVs dominating the market, they’re dragging all the averages up:

And if you were hoping for incentives on this December to Remember, forget about it. Those are at a record low of 4.1% — as in, almost nonexistent.

Meanwhile, the shortage of new vehicles and their high prices have continued to boost the prices of used cars to unparalleled levels. The average retail price of a used car now tops $26,000. And according to the U.S. Bureau of Labor Statistics’ Consumer Price Index for last month, since March 2020 when the pandemic began, the average used-car price has increased 39.8%.

Visit KBB for even more details on the November new-car report. 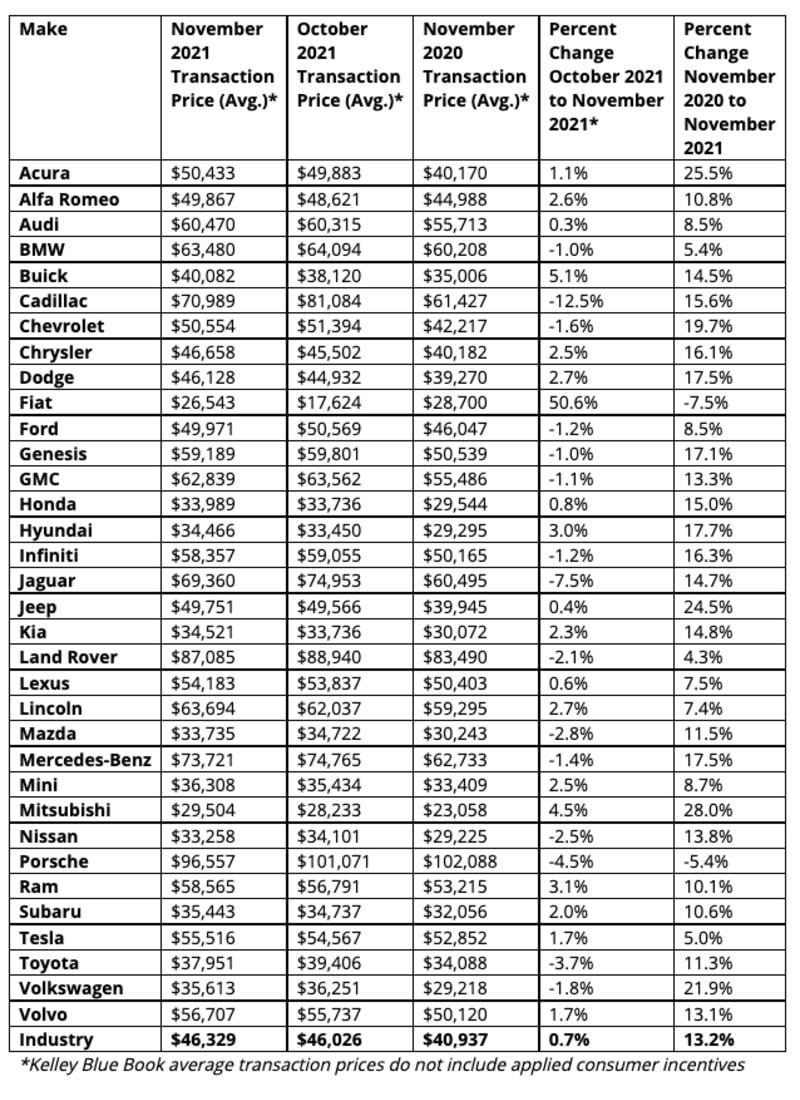