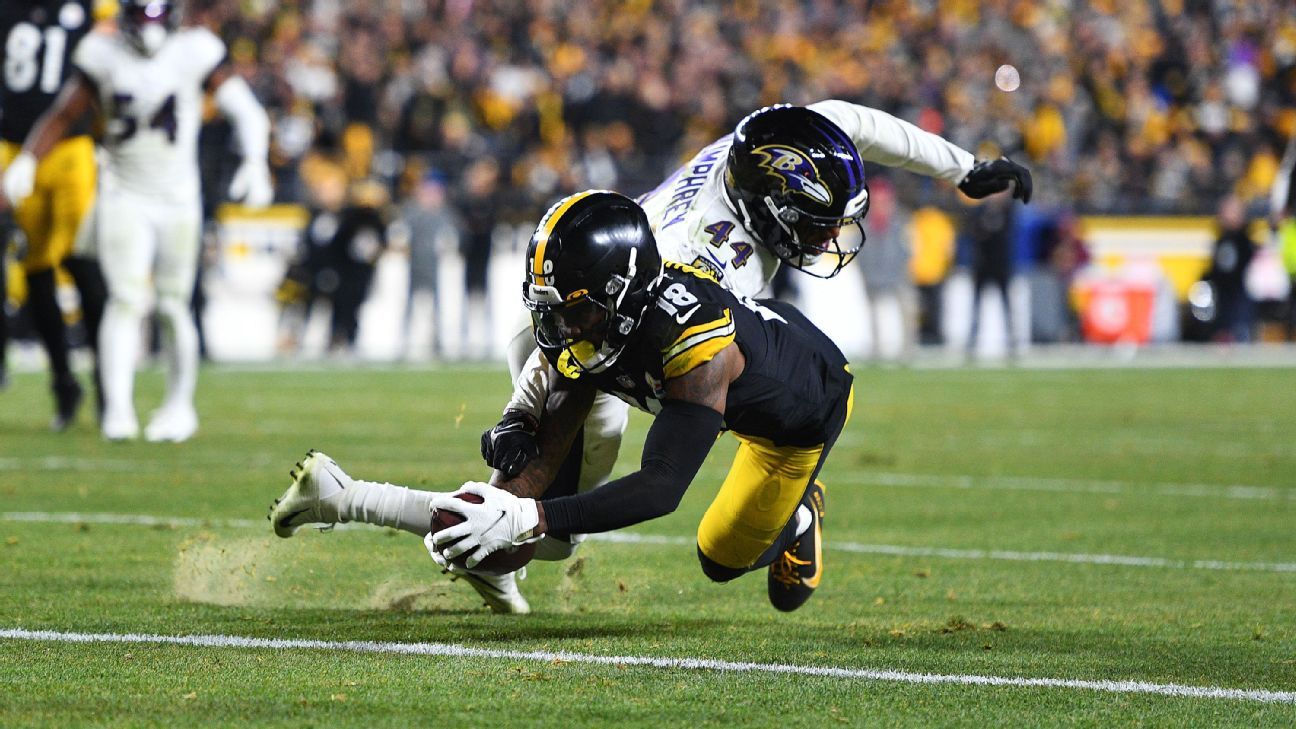 OWINGS MILLS, Md. — Pro Bowl cornerback Marlon Humphrey was diagnosed with a season-ending, right pectoral muscle tear on Monday, perhaps the biggest loss in a season filled with injuries for the Baltimore Ravens.

Humphrey, 25, became the seventh starter (and third in the secondary) to get sidelined for the season for the Ravens (8-4), who cling to first place in the AFC North by one game. He was injured in Sunday’s 20-19 loss in Pittsburgh to the Steelers when he tried to tackle Diontae Johnson before the wide receiver scored the go-ahead touchdown late in the fourth quarter.

The loss of Humphrey is not only the latest blow, but perhaps also the most devastating one. A two-time Pro Bowl cornerback, Humphrey is the Ravens’ most talented defender who can match up against the opposition’s top wide receiver and rip the ball away with his physical play. Since being the No. 16 overall pick in 2017, he is one of two NFL players with at least 50 passes broken-up and 10 forced fumbles (safety Logan Ryan is the other).

Injuries have depleted a Baltimore team that has reached the playoffs the past three seasons. After Humphrey is placed on injured reserve, the Ravens will have $44.3 million of their salary cap on IR — which accounts for 25% of their cap.

“I mean, we’ve got a lot of injuries, so we’ve been dealing with stress all season, and we’ve still been able to overcome it,” Ravens nose tackle Brandon Williams said after Sunday’s game. “So, that’s what we plan on doing. It’s a ‘next man up’ mentality, so the show must go on. We pray that Marlon [Humphrey] makes it back. We pray that everybody who is down right now gets healed up, but we still have games to play. Next week, we have the [Cleveland] Browns, so we have to focus on that.”

With Humphrey out, the Ravens are expected to start Chris Westry in his spot, if he’s healthy. Westry was inactive Sunday with a thigh injury. Last week, all five cornerbacks on the 53-man roster missed at least one practice because of an injury or illness.

Through 11 games, the Ravens have lost three starters to season-ending injuries in the secondary: Humphrey, Peters (torn ACL) and safety DeShon Elliott (torn biceps). Strong safety Chuck Clark is the only remaining starter in the secondary from the beginning of the season.