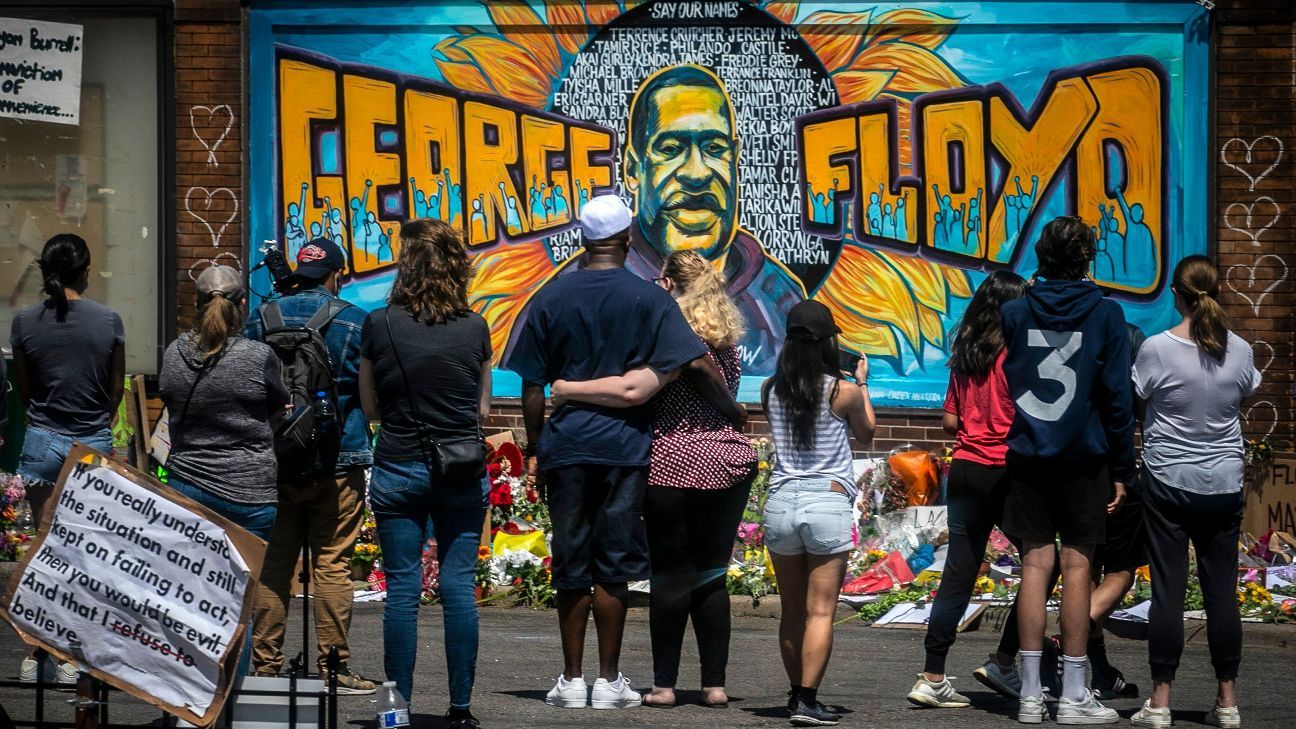 MINNEAPOLIS — On Tuesday night, a Minneapolis high school located near where George Floyd was murdered will compete in a game against Floyd’s alma mater in Texas in his honor.

The schools will play on the campus of North Central University, where Floyd’s funeral was held in 2020. The event was organized by the Minnesota Black Basketball Coaches Association.

On April 20, 2021, Chauvin was convicted of second-degree unintentional murder, third-degree murder and second-degree manslaughter months after a viral video showed him kneeling on Floyd’s neck for about nine minutes. The incident sparked protests across the country and throughout the sports world. In June, Chauvin was sentenced to 22½ years in prison.

Minneapolis North, where former UConn star Khalid El-Amin led the team to three state titles, is a powerhouse program in the city. Larry McKenzie, Minneapolis North’s head coach, said he’s excited for his players to get an opportunity to honor Floyd’s name in what he hopes will be an annual event.

“Bringing [Floyd’s] high school is a great way of paying tribute to him in this first annual event,” McKenzie said. “We tend to have short memories of these kinds of incidents and fail to keep them at the forefront of discussions, then before we know it, it’s all happening again. Without a doubt, we want to keep this on people’s minds: what took place in Minneapolis with George Floyd.”

For Eddy Barlow, head coach at Yates, the trip has been an emotional one. He knew Floyd and grew up around his family. Floyd’s mother, Barlow said, would cook breakfast for him on summer mornings, and he loved to hang out with Floyd’s brothers. He said the local community admired Floyd for his athletic ability.

Before tipoff on Tuesday, Barlow will visit the memorial site at 38th and Chicago Avenue in Minneapolis, where Floyd was killed.

The game, he said, is an opportunity for his players to represent Floyd’s hometown and enjoy a new city. On Monday, just after they’d arrived, they saw snow for the first time.

The game, Barlow said, will bring two communities together in a push toward positive change.

“George Floyd was one of my friends,” Barlow said. “So this is a big deal for me, too. He was one of the first guys I witnessed, coming from where we come from, to get offered an athletic scholarship. This is personal for me. I’m blessed and excited and happy to be able to represent for the community and for George.

“We’re playing a game in his honor, competing, everybody is coming together. We’re using basketball as a tool to come together.”