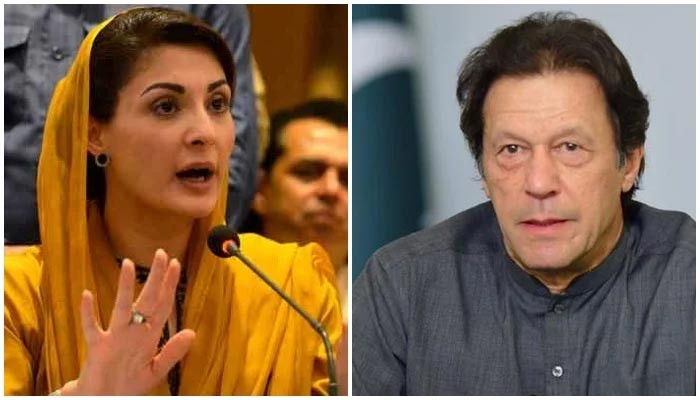 Following Prime Minister Imran Khan’s statement regarding the Election Commission of Pakistan’s (ECP) report, PML-N Vice President Maryam Nawaz lambasted the ruling party and warned the premier to be ready, as the “time for accountability has come.”

PM Imran Khan earlier today took to his official Twitter handle and welcomed a report by the ECP’s scrutiny committee, which has reportedly revealed that the PTI allegedly failed to disclose millions of rupees to the ECP.

However, replying to the premier’s tweet, Maryam questioned why did he not let the case proceedings continue for the last seven years.

“Why did you [Imran Khan] keep hiding for so many years and then kept begging that the report should not be released?” she questioned.

She claimed that PM Khan thinks “the people of Pakistan are fools who will believe whatever he says.”

Welcoming the report and its claims, the PML-N leader further wrote: “The report has only just surfaced and your record is already tainted.”

“Think of the time when you will be held accountable regarding these fundings; you will be questioned from whom did you receive the money, where did you spend it, how did you manipulate your employees’ accounts, etc.”

“You have not only committed theft and fraud but are also guilty of insulting words such as sadiq (honest) and ameen (trustworthy),” she reiterated.

Imran Khan had earlier said that the more their accounts are scrutinised, the more factual clarity will emerge for the nation to see how the PTI is the “only political party with a proper donor base premised on proper political fundraising”.

He also mentioned that he was looking forward to seeing similar ECP scrutiny reports on the funding of two other major political parties — PPP and PML-N.