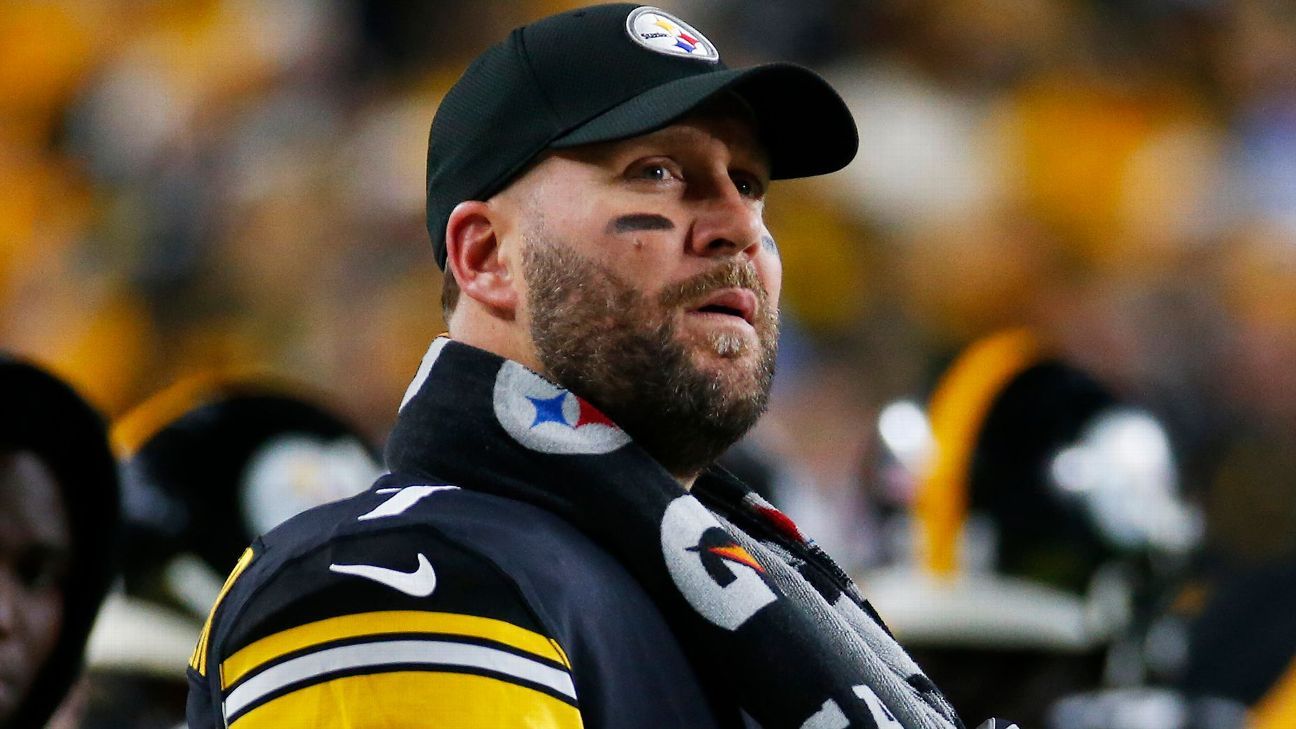 PITTSBURGH — Ben Roethlisberger could very well be in the final month of his Pittsburgh Steelers career.

The 39-year-old quarterback has been telling former teammates and members within the organization that he intends this to be his final season in Pittsburgh, ESPN’s Adam Schefter reported two weeks ago.

But he’s pushing off any thoughts of finality as the Steelers try to mount a late-season surge to earn a playoff berth.

Despite the team’s inconsistent play in the last five games, Roethlisberger still believes his locker room can make a push in the final four games.

“You look at guys sometimes and look in their eyes and see what they have,” Roethlisberger said. “The crazy thing about this game and this sport is you can look at guys and you can feel that guys have all the heart in the world and the passion and they want it and they’re going to give you everything they have.

“Sometimes the other team is better or they make a play and you don’t. Just because you’re losing a football game or the season isn’t going the way you want it to, doesn’t mean these guys don’t have heart and don’t love it and aren’t passionate for it. It doesn’t mean that. I just want to see that guys are never going to quit.”

This week, Roethlisberger’s tunnel vision is focused on the AFC South-leading Tennessee Titans.

The Steelers (6-6-1) are in the basement of the AFC North, but they’re not far off from the Baltimore Ravens (8-5) or the Cleveland Browns and Cincinnati Bengals, each 7-6.

“I think sitting out the weekend also provided us the perspective of how wide open this field is and our potential place in it,” coach Mike Tomlin said Tuesday.

One of the first steps to making that push is keeping Roethlisberger upright. The Minnesota Vikings sacked him five times Thursday, bringing the total to 30 this season.

“It’s been a while since I felt like that on days after a game,” Roethlisberger said of taking those hits, “but that’s football.”

In his 18-season career, Roethlisberger has been sacked an NFL record 546 times. Tom Brady is second in that category with 537 sacks, though he’s been sacked just 16 times this season.

What does holding the NFL record in sacks taken mean to Roethlisberger?

“That I played a long time and I held on to the ball too long,” he said.

Roethlisberger is chasing another record he’ll likely capture Sunday. He is just 27 yards away from overtaking quarterback Philip Rivers, a fellow member of the 2004 draft class, for fifth all time in NFL passing yards.

But it’s another milestone Roethlisberger doesn’t want to think about until he hangs it up.

“It means I’ve played a long time,” Roethlisberger said. “No, personal things, those are things you look back on and reflect on when you’re done. Anytime you get up there with a legend — I’ll call him that, my draft class — he’s still a good football player and a legend football player. It’s cool to play a long time.”