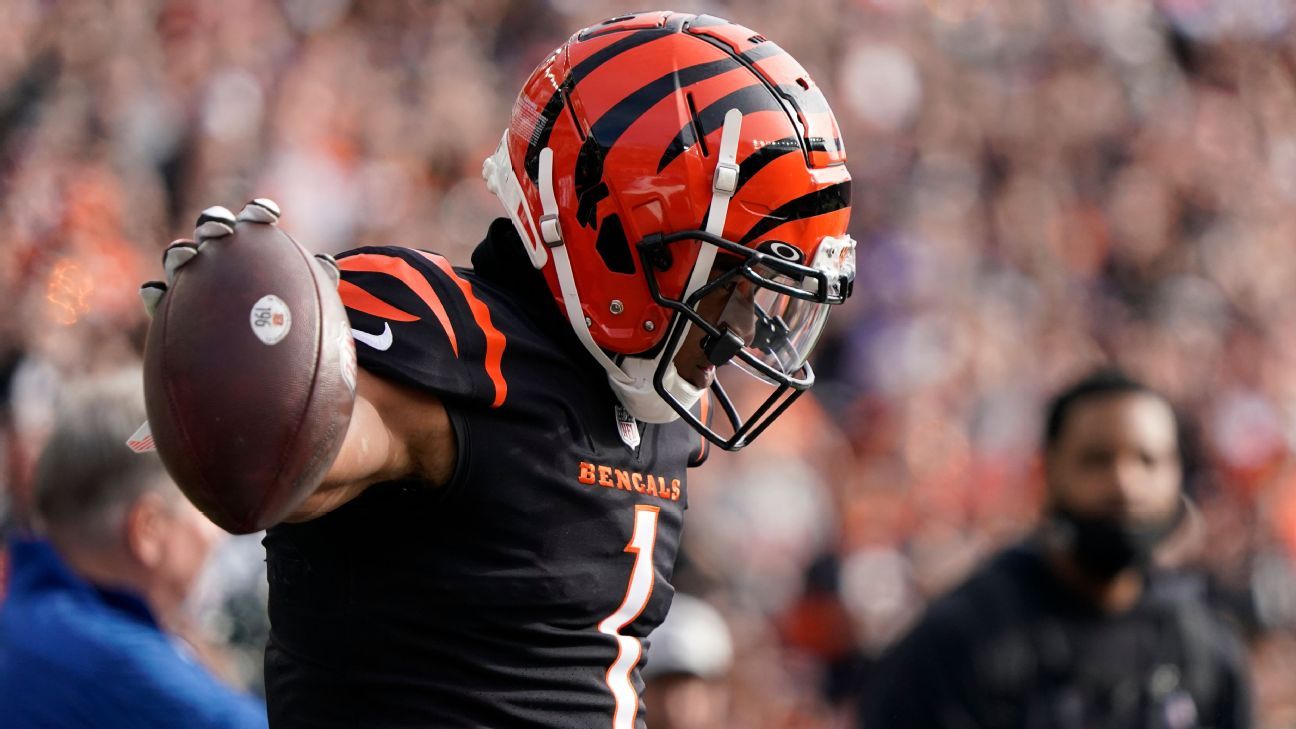 CINCINNATI — Cincinnati Bengals rookie Ja’Marr Chase showed why he was drafted with the fifth overall pick.

The wide receiver unleashed some elite speed and scored a much-needed touchdown for the Bengals in Sunday’s game against the Kansas City Chiefs.

With Cincinnati trailing 14-0 and in need of points, Bengals quarterback Joe Burrow found Chase open for a completion that was a first down at minimum. From there, Chase did the rest, racing down the field for a 72-yard touchdown to give the Bengals their first points and help cut the deficit in half.

According to NFL Next Gen, Chase reached a top speed of 21.74 mph, his fastest on any of his touches this season. It is also tied for 10th fastest of any ball carrier this season.